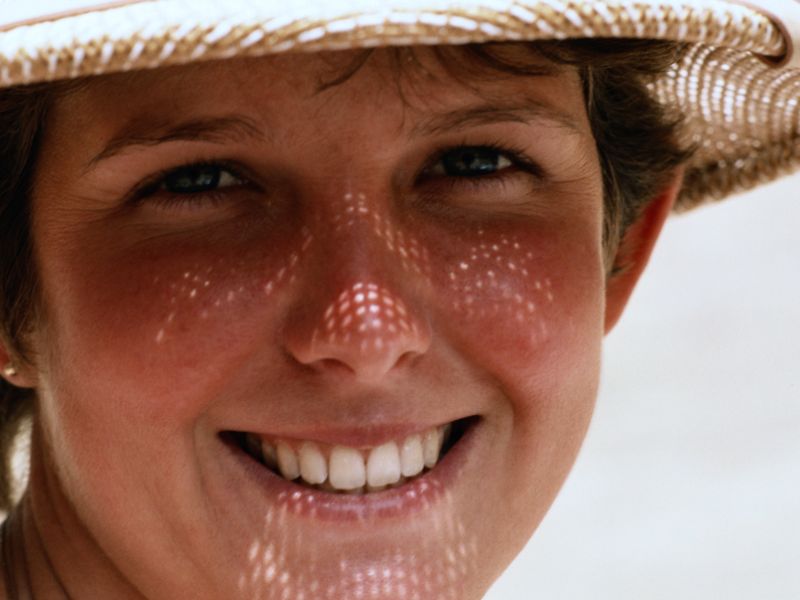 Monitoring a melanoma patient's progress is challenging. But a laser-based test might allow doctors to quickly screen the patient's blood to spot tumor cells roaming the body, a preliminary study suggests.

Those cells, known as circulating tumor cells, are "shed" from the original cancer site into the blood vessels or lymph system. They are considered a potential red flag. They could be a sign that a current treatment is not working, or that the cancer is more likely to spread to distant sites in the body.

Right now, though, doctors have no good way to detect circulating tumor cells. They are not abundant, so they can easily be missed by analyzing a patient's blood sample.

And it's simply not feasible to draw large amounts of blood from a patient, explained Vladimir Zharov, the senior researcher on the new study.

He is chair of cancer research at the University of Arkansas for Medical Sciences, in Little Rock.

Zharov's team has been developing an alternative to blood draws. It's a laser-based system designed to screen patients' blood from the outside -- spotting tumor cells as they pass through veins in the arm.

In a nutshell, Zharov explained, it works like this: Laser pulses are applied to a vein through the skin. If melanoma cells -- which contain the light-absorbing pigment melanin -- cross the laser beam, they produce a sound wave. That, in turn, is captured by a small ultrasound probe placed on the skin.

Melanoma is the least common but deadliest form of skin cancer.

In this study, the researchers found that the system detected circulating tumor cells in 27 of 28 patients with later-stage melanoma -- in as little as 10 seconds. And it generated no false alarms when used to screen 19 healthy volunteers.

According to Zharov, the approach was 1,000 times more sensitive than previous tests researchers have developed for catching circulating tumor cells.

The findings are an early step. Melanoma experts said much more research is needed.

"This is a fascinating study," said Dr. Zeynep Eroglu, a skin cancer specialist at Moffitt Cancer Center, in Tampa, Fla.

There is a need for blood-based tests in monitoring patients with more advanced melanoma, she said. Doctors can use CT scans to see whether a treatment is working, but those scans can only be done every three months or so, Eroglu explained.

A blood test could be done more often.

"The inherent limitation is the amount of blood you need to draw," Eroglu said. "This system essentially gets around that."

However, it's not yet clear what doctors can do with the finding that a patient has some circulating tumor cells.

Eroglu said future studies could, for instance, follow melanoma patients after they receive treatment. "You could look at how well the detection of circulating tumor cells correlates with patients' outcomes," she said.

Other researchers have been working on blood tests that detect bits of DNA from tumor cells, Eroglu noted. There is evidence that among patients who've had surgery for earlier-stage melanoma, those with detectable tumor DNA afterward have a higher risk of relapse, she said.

One of the researchers working on those tests is Dr. David Polsky, a professor of dermatologic oncology at NYU Langone Health, in New York City. He agreed that the current study is "interesting."

"But a lot more validation work needs to be done before it could be used clinically," Polsky said.

According to Zharov, the approach holds promise for not only monitoring melanoma patients' responses to treatment, but also catching any recurrences after treatment, or helping to diagnose the cancer in the first place.

There are also hints that the laser might even kill off some of the circulating tumor cells.

For now, though, Zharov said his team is focused on using the technology for diagnosis and monitoring.

There's also the question of whether the test could weed out circulating tumor cells from other types of cancer. Zharov said that is possible -- though the approach would have to be modified because other types of tumor cells do not contain melanin.

The American Cancer Society estimates that about 96,500 Americans will be diagnosed with melanoma this year, and over 7,200 will die from the disease.

When melanoma is caught early, it is highly curable. Once it has spread to distant sites, like the lungs or brain, the five-year survival rate is about 23%, the cancer society says.

The study was published June 12 in Science Translational Medicine.

The American Cancer Society has more on melanoma.