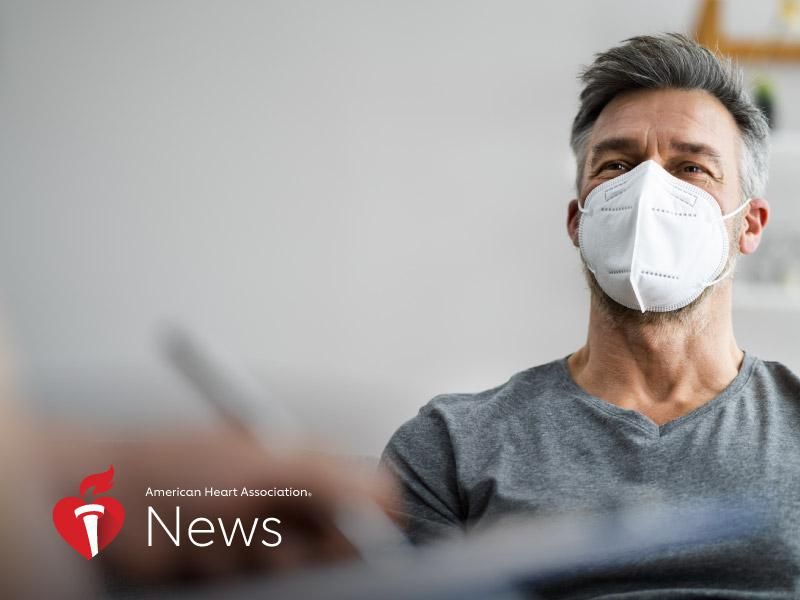 Men with heart failure have worse long-term survival rates if they have severe depression, bipolar disorder or schizophrenia, according to a new study that urges doctors to change the way they treat people with mental disorders.

Previous research shows people with these conditions have an earlier onset of high blood pressure, diabetes and heart attack. But little was known about how heart failure, in which the heart can't pump enough blood to meet the body's needs, figures into the equation. The new study was published Sept. 30 in the American Heart Association journal Circulation: Heart Failure.

Researchers looked at more than 20,000 people with heart failure in the Duke University Health System from 2002 to 2017. During a median follow-up of seven years, men with severe depression, bipolar disorder or schizophrenia were 36% more likely to die from any cause than those without. The risk of death over 10 years increased from 54.8% in men without a mental disorder to 64.3% for men with one.

For women, however, researchers found no major difference in risk of death between those with and without one of the severe mental health disorders.

The study also found people with severe depression, bipolar disorder or schizophrenia were seven years younger on average at the time of their heart failure diagnosis than those without -- 60 years old versus 67. People with the disorders who underwent procedures for heart failure, including implantable devices and heart transplants, had higher death rates after the procedures.

To reduce the overall burden of heart failure in this population, Polcwiartek encouraged a multidisciplinary approach, with heart failure specialists working hand in hand with psychiatrists, heart rhythm specialists and general practitioners.

The study points out that European and U.S. guidelines for heart failure treatment recommend screening for and treating depression, but not other severe mental disorders. That advice needs to be updated, said Polcwiartek, a medical intern at Aalborg University Hospital in Denmark. "Guidelines should underscore that any type of several mental illness, not only depression, is associated with poor long-term heart failure prognosis."

James Blumenthal, a clinical psychologist who was not involved in the research, called it an important study that suggests doctors need to evaluate patients' mental health status in addition to evaluating more traditional heart failure risk factors.

But the findings, he said, raised more questions than answers.

"Why did serious mental illness place men with heart failure at increased risk? Why was there no difference in mortality for women with and without serious mental illness? Were women more likely to receive psychiatric treatment compared to their male counterparts?" said Blumenthal, J.P. Gibbons Professor of Psychiatry and Behavioral Sciences at Duke University School of Medicine in Durham, North Carolina. Answering those questions will require more research in multiple settings with broad representation of people from diverse backgrounds, he said.

Blumenthal said the findings also raise the question of whether the psychiatric conditions were adequately treated, considering that fewer than 20% of people with a severe mental disorder were on antidepressants or antipsychotics.

"Underrecognition and undertreatment of psychiatric conditions in medically ill patients is a significant problem that needs greater attention," he said.

In January, the AHA released a scientific statement urging doctors to assess the mental well-being of all heart patients as part of routine care and consider prescribing medication or psychotherapy.

"Clinicians should strive to treat not just the disease, but the person as a whole," the statement said.

While the new study highlights the need for health care professionals to pay special attention to the link between heart failure and mental health, patients also need to be vigilant, Blumenthal said.

People with a mental health disorder and their loved ones, he said, "need to recognize the importance of regular physician visits to monitor their condition, to take their medications as prescribed, and to engage in important health behaviors" such as eating a healthy, low-sodium diet and getting regular exercise.