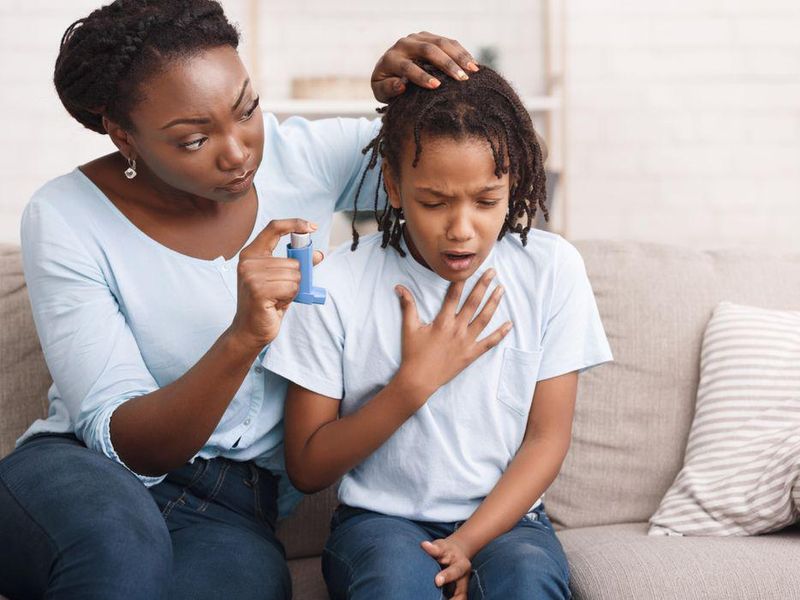 “We were not surprised, because dupilumab was very effective in clinical trials in adults and adolescents, but we were delighted with the results and the hope they bring to children and their families," said trial lead investigator Dr. Leonard Bacharier. He's an asthma specialist at Monroe Carell Jr. Children's Hospital, part of Vanderbilt University Medical Center in Nashville, Tenn.

One expert who wasn't connected to the trial was encouraged by the findings, calling them "very exciting."

"I am especially impressed with the study design, which combines patient-reported outcomes with markers of lung function," explained Dr. Michael Grosso, chief medical officer and chair of pediatrics at Huntington Hospital, in Huntington, N.Y. That the drug "was found to be effective both ways -- in how patients feel and how their lungs are working -- is very important," he said.

Dupilumab (Dupixent) received U.S. Food and Drug Administration approval for use in children ages 6-11 in October. The biologic drug targets type 2 inflammation in asthma and has been approved for the treatment of asthma in adults and adolescents for several years. The new study was funded by Sanofi and Regeneron Pharmaceuticals, which make dupilumab.

Asthma is the most common chronic disorder of childhood and affects more than 5 million children younger than 18, according to the U.S. Centers for Disease Control and Prevention.

The phase 3 clinical trial involved more than 400 children ages 6-11 with uncontrolled moderate-to-severe asthma. It found the drug to be highly effective.

In the study, the children received dupilumab or a placebo in addition to their standard therapy every two weeks for a year.

Most of the children in the study had type 2 inflammation. Among those kids, the rate of severe asthma attacks -- those requiring steroid treatment, emergency care or hospitalization -- was nearly 60% lower among those who received dupilumab versus those who hadn't, Bacharier's group reported.

Dupilumab was not effective for children who did not have type 2 inflammation, according to the findings, which were published Dec. 9 in the New England Journal of Medicine.

“This is the first study of its kind in children ages 6 to 11 that has demonstrated that a biologic improves asthma exacerbations, lung function and asthma control,” Bacharier said in a Vanderbilt University Medical Center news release.

The drug was safe and very few children had to stop taking it due to negative side effects, according to the researchers.

“This is a really important advance for children with moderate-to-severe asthma and their families,” Bacharier said.

Asthma is a leading cause of hospitalization for children, and children with moderate-to-severe asthma may have reduced lung function and be at greater risk for lung diseases in adulthood, the researchers explained.

“As asthma gets increasingly severe, the burden becomes substantial, impacting the child and the entire family,” Bacharier said. “While we have very good asthma therapies available, none of them are perfect in eliminating severe exacerbations.”

Dr. Sherry Farzan is an allergist at Northwell health in Great Neck, N.Y., and served as a clinical investigator on the new trial. She believes dupilumab could be "a game changer for patients with moderate-to-severe asthma, whose lives are marked by hospitalizations, ER visits, frequent symptoms, and limitations to physical activity."

For his part, Grosso noted that "most children with asthma don't have the disease severity for which this drug was tested."

But he agreed with Farzan that "the minority with moderate-to-severe asthma not controlled with standard treatments could really benefit from an effective biological [like dupilumab]."