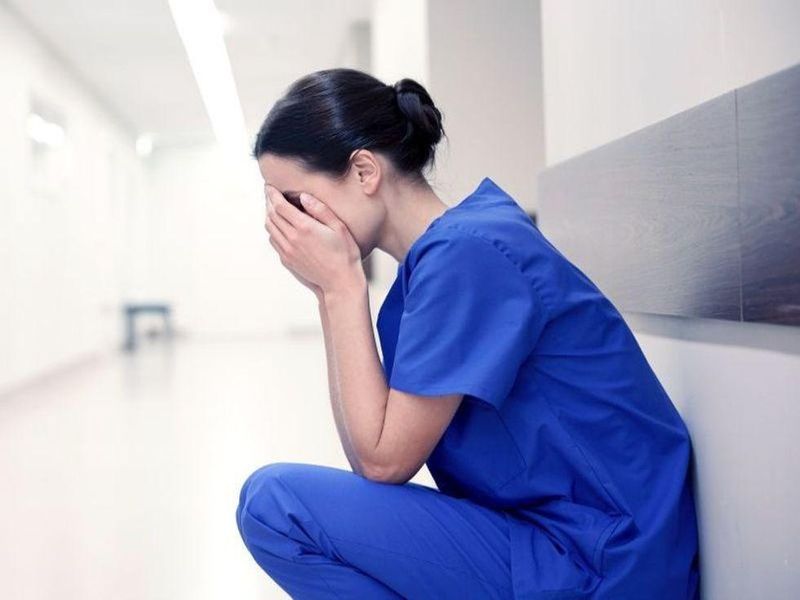 U.S. hospitals continue to reel from the pressure posed by the ongoing pandemic, facing critical workforce shortages and rising labor costs that amount to a "national emergency," hospital executives say.

Nearly 1,400 hospitals -- 31% of the nation's total -- are on the verge of critical staffing shortages, according to the American Hospital Association (AHA). In 12 states, 40% or more of hospitals are in the midst of a workforce shortage.

Many hospitals have had to stop performing certain procedures, shut down specific care units, and even divert patients to other facilities due to these staff shortages, the hospital association said.

"That number was as high as 150 beds just 30 days ago," Lassiter said during a Tuesday media briefing held by the hospital association.

The staffing shortage has caused labor costs to rise for hospitals, particularly as health systems are forced to turn to contract labor firms like nurse staffing agencies to fill the gaps, the AHA says.

In some areas, pay rates for temp nurses have been as high as $240 an hour or more, prompting the hospital association to ask that the federal government look into allegations of price gouging.

"We continue to urge the Federal Trade Commission to investigate the conduct of nurse staffing agencies that are engaged in anti-competitive behavior," Rick Pollack, president and CEO of the American Hospital Association, said during the briefing. "These firms have exploited the severe shortage of health care personnel during the pandemic by charging exorbitant rates, often two to three times the pre-pandemic amount."

Job postings for nurses increased 45% between January 2020 and January 2022, and by 41% for other clinical staff during the same period, the AHA says.

And it's expected that 500,000 nurses will leave the workforce in 2022, bringing the overall national shortage up to 1.1 million nurses, according to Bureau of Labor Statistics numbers cited by the AHA.

COVID-19 fatigue is behind much of the talent drain, hospital execs say.

Lassiter noted that there's been a 600% increase in staff requesting support from his health system's Employee Assistance Program, which helps employees who are dealing with personal problems or emotional issues.

"The cumulative effect on our staff cannot be understated," Bruce Flanz, president and CEO of the MediSys Health Network in Queens, N.Y., said during the briefing. "They are understandably tired, exhausted and many are burned out. This is despite all of the wellness support that we have provided. The pandemic has caused many resignations and many early retirements."

Vaccine mandates have meant the loss of some personnel, but relatively few, Flanz added.

"We had to separate with 78 of our 6,500 employees, which meant that 99% of our employees were vaccinated at that time," Flanz said. "We believed this helped tremendously during this current wave because we still had a number of our workforce out due to COVID -- that number is approximately 3%, on average."

At the same time, patients are staying in the hospital longer. The average patient length of stay has increased 8.8% compared to pre-pandemic levels, the hospital association said.

To keep up, about 95% of America's health care facilities have had to hire staff from contract labor firms, the AHA said. Respiratory therapists are particularly in demand among hospitals.

Because supply is scarce and demand is at an all-time high, the contract labor firms have hospitals over a barrel. There's been a 67% increase in the advertised pay rate for temp ("travel") nurses between January 2020 and January 2022, and hospitals often are billed an additional 30% over those pay rates by staffing firms.

The AHA is asking Congress to help hospitals deal with this staffing and financial crisis by adding $25 billion to the Provider Relief Fund set up in the midst of the pandemic.

The fund initially held $178 billion allocated to all providers, along with a separate $8.5 billion targeted to rural providers.

But most of those funds had been allocated before the last two waves of COVID-19 crashed across America, the AHA says.

"No distributions have been made or announced for expenses related to the Delta or Omicron variant surges," despite steep increases in cases, hospitalizations and deaths, Pollack said.

The American Association of Colleges of Nursing has more on the nursing shortage.