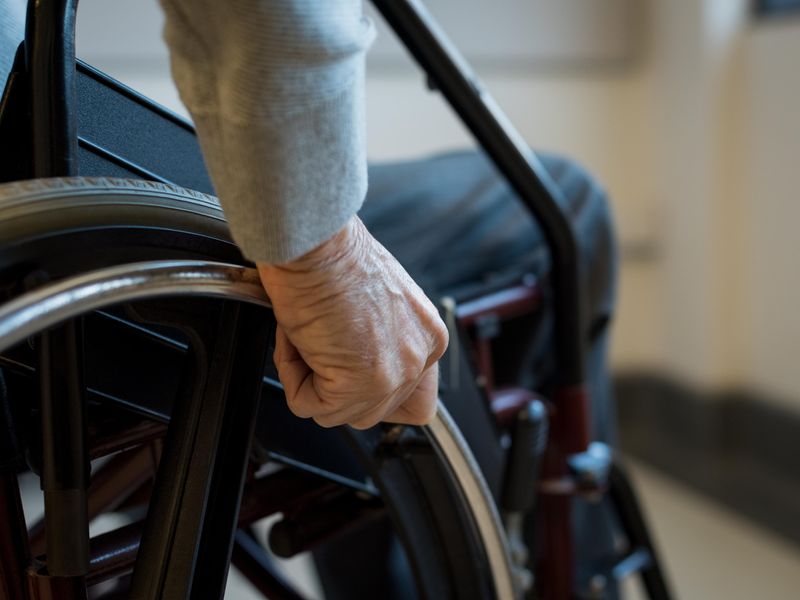 A brighter future could be in store for people with a spinal cord injury if new animal research pans out in humans.

Mice that were paralyzed due to severe spinal cord damage regained the ability to walk within four weeks of receiving an experimental injectable therapy, say researchers led by Samuel Stupp of Northwestern University in Chicago.

The research team plans to seek U.S. Food and Drug Administration approval for the treatment to be used in people.

"Our research aims to find a therapy that can prevent individuals from becoming paralyzed after major trauma or disease," said Stupp, a professor of materials science and engineering, chemistry, medicine and biomedical engineering.

"For decades, this has remained a major challenge for scientists because our body's central nervous system, which includes the brain and spinal cord, does not have any significant capacity to repair itself after injury or after the onset of a degenerative disease," Stupp said in a university news release.

The therapy harnesses what the researchers call "dancing molecules" to repair spinal tissue and reverse paralysis. It forms nanofibers that communicate with cells to initiate repair of the injured spinal cord.

In mice, it repaired spinal cord damage in five ways:

After the therapy runs its course, the materials biodegrade into nutrients for cells within 12 weeks and then vanish from the body with no noticeable side effects, according to the study authors.

"We are going straight to the FDA to start the process of getting this new therapy approved for use in human patients, who currently have very few treatment options," added Stupp, founding director of the university's Simpson Querrey Institute for BioNanotechnology and its affiliated research center, the Center for Regenerative Nanomedicine.

It's important to note that results obtained in animal experiments aren't always replicated in humans, however.

Nearly 300,000 people in the United States live with a spinal cord injury, according to the National Spinal Cord Injury Statistical Center. Less than 3% of those with total spinal cord injury ever recover basic physical functions, and about 30% are re-hospitalized at least once during any given year after the initial injury, resulting in millions of dollars in average lifetime health care costs per patient.

"Currently, there are no therapeutics that trigger spinal cord regeneration," Stupp said. "I wanted to make a difference on the outcomes of spinal cord injury and to tackle this problem, given the tremendous impact it could have on the lives of patients. Also, new science to address spinal cord injury could have impact on strategies for neurodegenerative diseases and stroke."

The study results were recently published in the journal Science.

There's more on spinal cord injury at the U.S. National Institute of Neurological Disorders and Stroke.