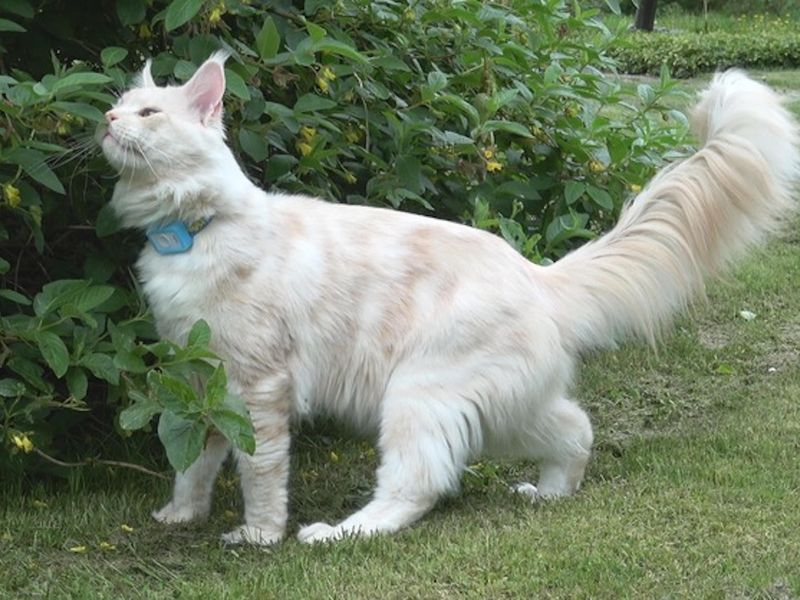 You Let Your Cat Out - Where Does It Roam?

Ever wonder where your cat wanders when you let it out? New research suggests your kitty most likely sticks close to home.

Scientists used GPS (global positioning system) to track the movements of nearly 100 pet cats in a small town in Eastern Norway when they were outside. All of the cats lived in homes within about one square kilometer.

The cats spent an average of 79% of their outdoor time within 164 feet of their home, and the average maximum distance that the cats went from home was 1,154 feet, according to the Norwegian University of Life Sciences study.

"Some individuals traveled relatively far, sometimes several kilometers, but those were the exceptions," said study author Richard Bischof, a professor at the university.

The findings, published online recently in the journal Scientific Reports, echo similar research from other countries.

"As far as we know, no one has ever tracked that many cats in one small area. This made it possible for us to show what a domestic cat population looks like in time and space," Bischof said in a university news release.

Cats probably spend a lot of time near their home resting, suggested study author Bjarne Braastad, a professor of ethology (the study of animal behavior).

"It is also worth noting that almost all the cats were neutered," Braastad said. "It will of course play an important role. Neutered cats are less likely to roam."

Cats have some impacts on their natural surroundings, and how they use the landscape influences how they interact with the environment, the researchers noted.

"An interesting topic for further studies is of course the effects on local wildlife," said project manager and professor Torbjørn Haugaasen. "We did not have the opportunity to include it in this project period, but in the future we would like to take a closer look at that as well."

The Humane Society of Macomb explains why it's important to keep your cat indoors.