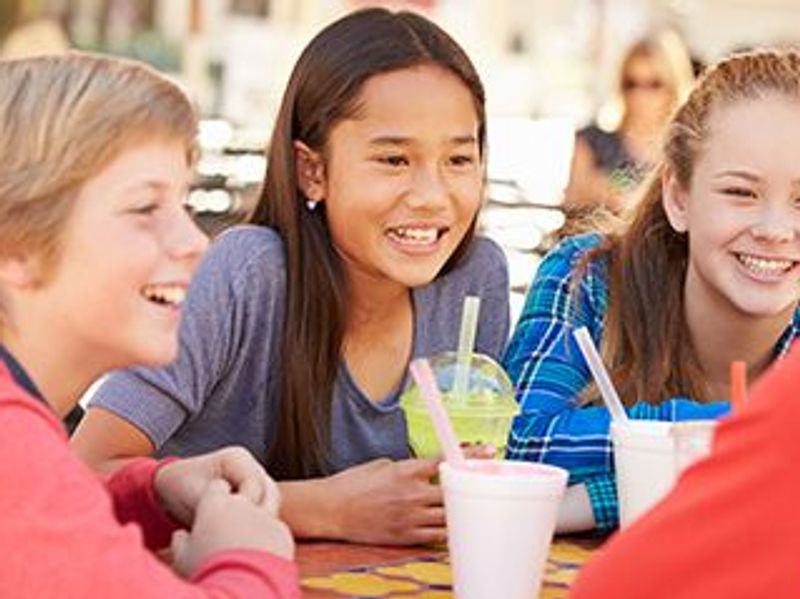 Exactly when do your kids become curious about smoking or alcohol? Earlier than you think, new research shows.

Children as young as 9 and 10 start to wonder about tobacco, booze and even marijuana, and many may have easy access to these substances at home, mostly because their parents have not forbidden their use yet.

Broken down further, about one in 10 of the nearly 12,000 preteen children in the study said they're curious about using alcohol or tobacco products, while one in 50 expressed curiosity about using marijuana.

Up to 3% of the 9- and 10-year-olds surveyed said they have a friend who already uses one of these substances. Those who did have such a friend were more likely to be curious about trying the substances themselves.

The researchers from the University of Michigan are part of a national team studying thousands of children and parents over many years through a national project called the Adolescent Brain Cognitive Development Study.

These new findings are some of the first-ever about substance use curiosity and access in this age group, the research team said.

About 25% of parents said they hadn't set rules for their kids yet about whether they're allowed to use these substances.

"We were very surprised by the percentage of parents - more than 25% of the entire group - who hadn't made any explicit rules about substance use for children this age. Compared to all other race/ethnicity groups, Black parents were the most likely to have made rules against substance use, suggesting this subgroup in particular may be using early protective strategies," said study author Meghan Martz. She is a research assistant professor specializing in the development of substance use disorders in the department of psychiatry at Michigan Medicine.

Parents of children with a family history of problems with alcohol were much less likely to say that alcohol was easy to access in their home.

Future preventive messages and measures could be designed around this new information, Martz said. The survey may also help identify children who are most at-risk.

"The earlier in adolescence a child begins using these substances, the greater the potential impact on brain development and functioning," Martz said in a university news release. "Their household environments and messaging from parents can play a major role at this age, while the influence of peers will become more important over time."

The findings were published in the June issue of Drug & Alcohol Dependence Reports.

The U.S. Centers for Disease Control and Prevention has data on teen substance use and risks.