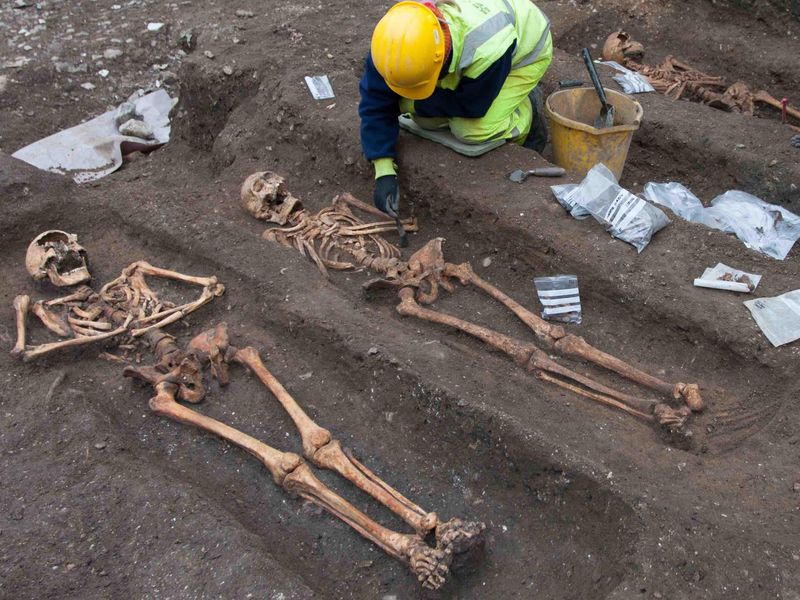 Medieval monks were much more wormy than average folks, a new archaeological analysis has revealed.

Those living in medieval Cambridge were nearly twice as likely to be infected by intestinal parasites as city dwellers, researchers found.

Even though Augustinian friars had access to advanced sanitation for the time, nearly 60% were infested with worms, compared to about 30% of ordinary working people, according to the new report.

“The friars of medieval Cambridge appear to have been riddled with parasites,” said study author Piers Mitchell, of the University of Cambridge's department of archaeology. “This is the first time anyone has attempted to work out how common parasites were in people following different lifestyles in the same medieval town.”

Why were monks plagued by parasites? Researchers suspect it's because monks either fertilized their gardens with human stool or bought products that contained human or pig excrement.

For the study, Cambridge archaeologists tested soil samples taken around the pelvises of 19 monks buried on the former grounds of the city's Augustinian Friary, and compared them to samples from 25 locals buried at the cemetery of the All Saints by the Castle parish church.

Eleven of the monks (58%) were infected with worms, compared with just eight of the townspeople (32%), the investigators found.

The 32% infestation rate of townspeople is in line with studies of medieval burials in other European countries, the researchers said -- meaning that infection rates in the monastery were remarkably high.

Roundworm was the most common infection, but the researchers also found evidence of whipworms. Both are spread by poor sanitation, the study authors said in a university news release.

Medieval city dwellers relied on cesspit toilet holes in the ground to dispose of human and household waste, but monasteries of the time commonly used running water systems to rinse out latrines, the researchers noted. They also likely had access to hand-washing facilities.

“One possibility is that the friars manured their vegetable gardens with human feces, not unusual in the medieval period, and this may have led to repeated infection with the worms,” Mitchell explained.

The findings were published Aug. 18 in the International Journal of Paleopathology.

The Cleveland Clinic has more about roundworms.