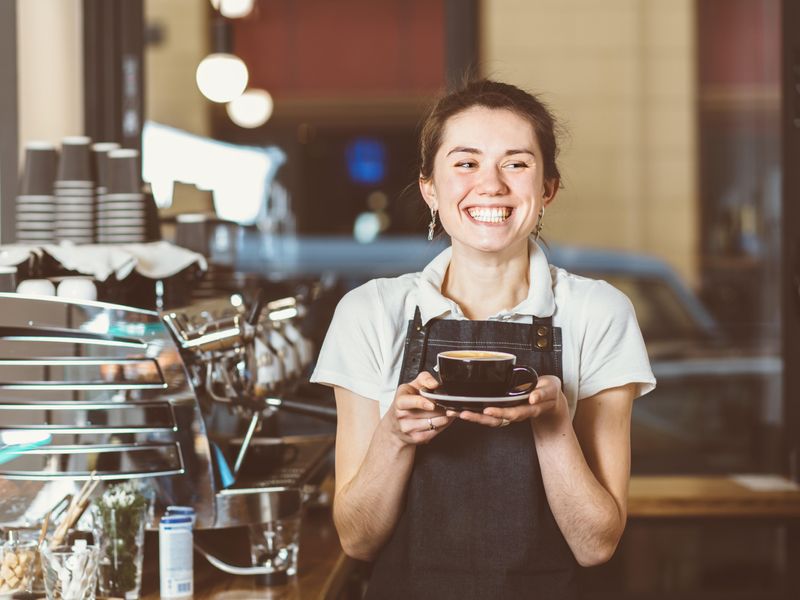 Does Forced Cheerfulness at Work Lead to Burnout?

Getting up on the wrong side of bed can happen to the best of folks. Not everyone greets every morning with a sunny disposition and big smile.

But when a bad mood overlaps with work, many people feel pressured to just snap out of it and "get happy."

New research suggests that forcing that sort of an emotional adjustment on the job can take a toll, sapping a worker's energy, and over time, increasing the risk of burnout.

"There's been quite a bit of research on emotions at work, but the majority returns the same conclusion that 'being in a good mood is good and, if you're not in one, you should try to get in one,'" said Emma Frank, an assistant professor of management at the University of New Hampshire. She led the study during her doctoral work at the University of Georgia.

While acknowledging that a positive attitude can help get the job done, Frank said she and her team "wanted to explore whether there are costs to making that movement" from dour to delighted.

Their finding: Pushing through an on-the-job attitude adjustment can be emotionally exhausting, leaving some workers feeling drained, distracted and maybe even less productive than they were to begin with.

To examine how mood shifts play out in the work environment, Frank's team focused on the real-world experiences of 162 employees. About two-thirds were women (average age: 41), with jobs ranging from retail to real estate.

For 10 days, each was asked to report their mood five times during the day. At day's end, each was asked to sum up their on-the-job performance: Had they had gone the extra mile by, for example, taking on extra work? Or had they felt distracted or locked horns with a colleague?

Responses were then stacked up against each participant's mood as their workday began.

The upshot: Those whose mood shifted most over the day were also most apt to feel exhausted by the time they clocked out. They were also more likely to report relatively poor behaviors while at work.

The findings were confirmed in a series of tests conducted in a more controlled laboratory setting with 260 college students.

Those experiments, Frank said, revealed that "someone improving their emotions -- moving from negative to positive -- is basically equivalent to someone who started in a bad mood and stayed there."

Which, she said, begs the question: "Was it really necessary or worth it? Maybe not."

Frank said the findings dovetail with her own experience. In fact, she admitted, the impetus for the study was partly personal.

"We would have days, like everyone, where we'd come into work in a bad mood and ultimately get in a better one," Frank noted. "But we'd finish the day and be like 'wow, that was an emotional roller coaster, and I am tired.' And, that's kind of what our research confirms."

In other words, there's a cost to faking a smile.

Frank's advice: "Don't just blindly pursue a better mood because you think it's expected of you, and/or don't be a boss who tells your employees to do that. Sometimes it's OK to just 'stay where you are,' emotionally speaking."

The findings were recently published in the Journal of Applied Psychology.

Lewina Lee is an assistant professor of psychiatry at Boston University School of Medicine, and a clinical research psychologist at the National Center for Post-Traumatic Stress Disorder at the Veterans Affairs Boston Healthcare System.

She reviewed the findings and called the deep dive into on-the-job mood shifts "novel," in that most studies have put a premium on a presumption that positivity benefits productivity.

The new study, Lee said, reveals how the "emotional journey" to reach positivity -- if a worker isn't there to begin with -- can undermine his or her feelings and performance.

"[The findings] serve as a useful reminder that there is a cost to changing our emotional states," she said, adding they also “reinforce the importance of being aware of our emotional well-being."

For example, Lee said workers could check in with themselves periodically about how they are doing and use that information to help optimize work performance and day-to-day functioning.

There's more about job burnout at the Mayo Clinic.