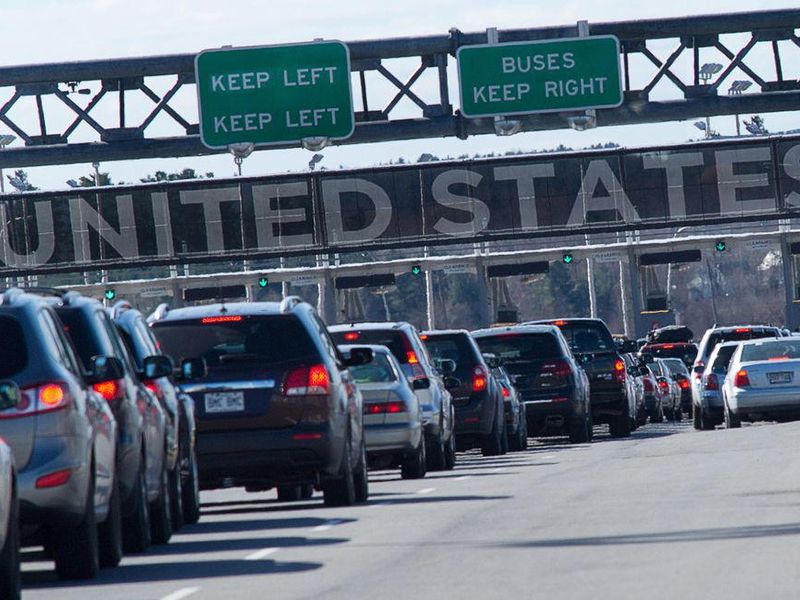 U.S. to Reopen Borders to Vaccinated Travelers from Canada, Mexico

Beginning in November, the United States will reopen its borders to fully vaccinated travelers from Canada and Mexico for the first time since pandemic closures began 19 months ago, the Biden administration will announce Wednesday.

The move comes just weeks after U.S. officials said they would soon lift a similar ban on foreigners traveling to America from overseas.

Tuesday's action effectively completes the reopening of the United States to tourism, ushering in a new phase in the pandemic recovery, The New York Times reported.

The reopening comes with a requirement: full vaccination. Unvaccinated travelers will continue to be banned from entering the United States, officials told the Times. Those who were never banned from traveling across the land borders, including commercial drivers and students, will also need to show proof of vaccination, starting in January, they added.

The nation's travel restrictions, first imposed in March 2020, only applied to "nonessential travelers" -- relatives visiting family members or shoppers -- whom border communities relied on for income. Politicians representing such communities have pleaded with the Biden administration to lift the travel restrictions to help struggling businesses.

Sen. Kirsten Gillibrand, a Democrat from New York, said the border closings had cost one county in her state at least $660 million annually.

Those entering at the Mexico or Canada borders will be questioned by Customs and Border Protection officers about their vaccination status before being allowed to cross. The officers will have the discretion to send travelers to secondary screenings to have their documents checked, officials told the Times.

Importantly, President Biden will continue to use a separate border policy implemented early in the pandemic to turn away migrants seeking protection or economic opportunity, the Times said.