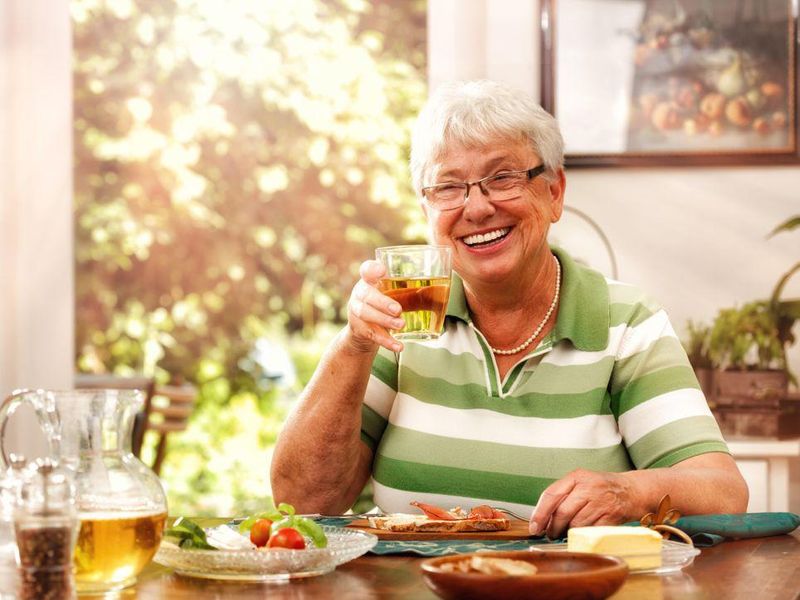 Table Set for One May Be Tough on Women's Hearts

Eating alone may be a recipe for heart trouble if you're an older woman, Korean researchers suggest.

Those who eat by themselves are likely to eat faster and less healthily, which can lead to weight gain, higher blood pressure and cholesterol levels, increasing the risk for heart disease, the new study found.

"Women who live alone, who aren't cooking for a family or their husband, tend to eat more poorly," said Dr. Jennifer Wu, an obstetrician-gynecologist at Lenox Hill Hospital in New York City.

They may also be less aware of healthier foods, which puts them at higher risk for health problems such as cardiovascular disease, said Wu, who had no part in the study.

Although the study was done in South Korea, Wu believes that the same phenomenon occurs in the United States among older people who live and eat alone.

The researchers also found that women who eat alone tend to suffer from depression, which is another risk factor for heart disease.

Wu thinks that eating less nutritious foods is the root cause of the increased risk for heart disease among these women.

"When you're only one person, you tend to order restaurant food, which tends to be higher in fat and sugar and salt, because it's a lot of trouble to cook a whole meal for one person," Wu said.

But a poor diet can be the gateway to a slew of health problems, she added.

For the study, a team led by Han-Gyo Choi, from the Catholic University of Korea in Seoul, looked at nearly 600 women aged 65 or older. The researchers compared the health behaviors and nutrition between women who ate alone and those who ate with others.

The investigators found that older women who ate alone ate fewer carbohydrates, dietary fiber, sodium and potassium than those who ate with others. Also, the women who ate alone were nearly three times more likely to have angina, a symptom of coronary artery disease.

Samantha Heller, a senior clinical nutritionist at NYU Langone Health in New York City, noted that nearly 80% of the women who ate alone were widowed.

"These women may be more depressed, financially strapped or fearful of going out. It would not be a stretch to suggest that these problems also apply to senior men living alone," said Heller, who was not involved in the study.

She believes that neighbors and communities can help by reaching out to older people, especially those who live alone.

"Public programs such as senior centers, libraries and other organizations need to make ongoing efforts to reach out to their communities and encourage seniors to engage in safe social activities," Heller noted.

"As individuals, we can check in on our neighbors and friends, and offer to drop off some food, go out for a meal or have a virtual meal and share some healthy recipes or take a walk. If possible, engage them in community efforts such as serving meals at a soup kitchen or helping out at a food pantry," Heller suggested.

Older folks who live alone can also take part in virtual meet-ups via the internet or phone calls with other singles to share experiences, exchange ideas and offer support, she added.

"Reaching out and helping others helps us feel better, too," Heller said. "During this pandemic, we have experienced just how important social interactions are for our mental and physical well-being," Heller said.

The report was published online Nov. 1 in the journal Menopause.

For more on a healthy menopause, head to the U.S. National Institute on Aging.