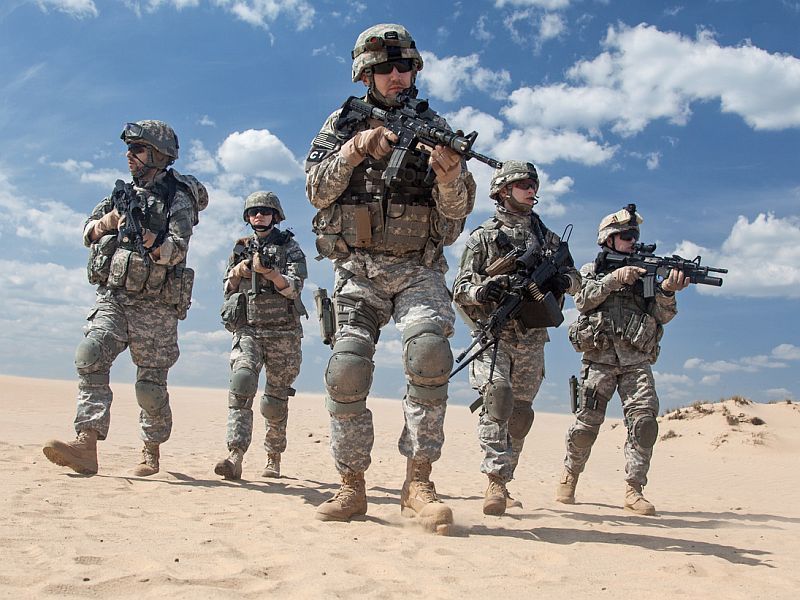 Nearly 98% of the U.S. Army's active duty force had received at least one coronavirus vaccine dose as of Wednesday's deadline for mandatory vaccination, officials said Thursday.

However, more than 3,800 soldiers have refused to get a shot and could start being discharged from the military next month, according to an Army statement.

The Pentagon said earlier this year that COVID-19 vaccination was mandatory for all service members, including the National Guard and Reserve, and is considering making booster shots mandatory.

Vaccination of service members is critical to maintaining a healthy, ready force prepared to defend the nation, according to Defense Secretary Lloyd Austin, the AP reported.

"Vaccinating our soldiers against COVID-19 is first and foremost about Army readiness," Army Secretary Christine Wormuth said in the Army statement. "To those who continue to refuse the vaccine and are not pending a final decision on a medical or administrative exemption, I strongly encourage you to get the vaccine. If not, we will begin involuntary separation proceedings."

The Air Force said it has discharged 27 members for not getting the vaccine. The airmen were formally discharged for failure to obey an order. It is possible that some had other infractions on their records, but all had the vaccine refusal as one of the elements of their discharge, the AP said.

Members of the U.S. military must already get as many as 17 vaccines, depending on where they are deployed. The requirements -- which include shots for smallpox, hepatitis, polio and the flu -- also provide for a number of temporary and permanent exemptions for either medical or administrative reasons, the AP reported.