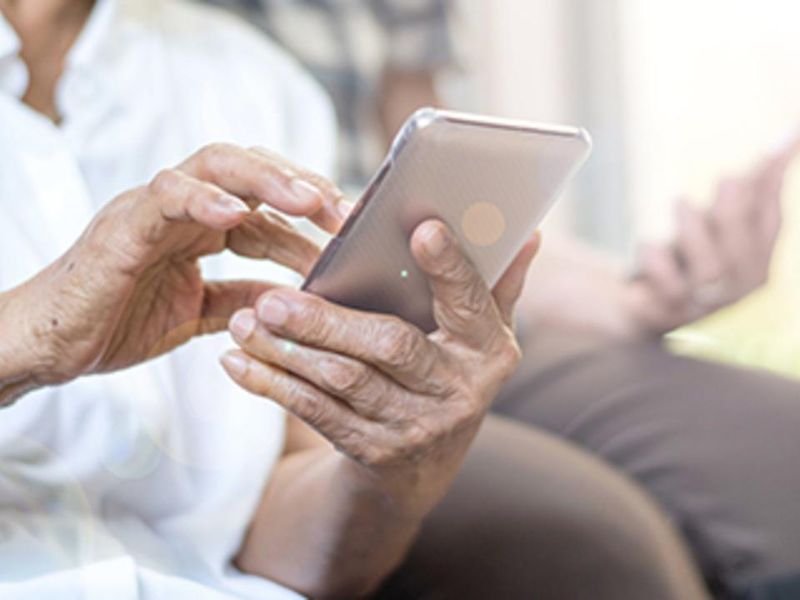 Apps: They Help Manage Health Conditions, But Few Use Them, Poll Finds

Health and fitness apps are growing in popularity, but not among the people who might benefit most from them - seniors and people with chronic health conditions.

Nearly two out of three American adults are living with a chronic health problem like heart disease, diabetes or asthma, a new HealthDay/Harris Poll survey found.

Health apps can offer smartphone users a true advantage in dealing with these chronic ailments, said Dr. David Bates, chief of internal medicine at Brigham and Women's Hospital in Boston, and an internationally renowned expert in patient safety and health care technology.

"It varies quite a lot by app, but some of the apps have been demonstrated to result in benefits," Bates told HealthDay Now. "Some of the weight loss apps really do help people lose weight. Similarly, some of the diabetes apps can help you control your sugar more effectively."

But only 14% of the chronically ill said they are using an app specifically geared toward helping them manage their condition, the poll found.

Further, only one of every five seniors said they're likely to use these types of apps in the future - even though 69% of people 65 and older said they're living with a chronic health problem.

People mainly said they don't use such apps because they don't need to constantly track their health, even though other responses indicated they do have ongoing health problems, poll results showed.

"What's interesting here, 45% of adults 65+ who don't use health apps said this is a reason why, and yet so many of these people are living with a chronic health condition," said Kathy Steinberg, vice president at The Harris Poll.

They're even aware of apps that provide mental health counseling (69%) or help track and manage chronic conditions like diabetes and heart disease (64%).

But folks are twice as likely to use a general health and fitness app like Fitbit or Apple Fitness+ (38%) than an app that will help them manage a chronic health condition (17%).

Older folks are even less likely to use apps for chronic illness, despite the fact they'd benefit most. Only 4% of adults 55 or older use those types of apps, even though up to 25% use general health and fitness trackers, the poll results showed.

Privacy concerns are a main reason why seniors won't rely on an app to help manage chronic illness. About 30% of people said they're concerned about the security of their personal data.

"There's certainly room for the providers of these apps and developers of these apps to help educate consumers about what types of data are being collected and how it's being shared," Steinberg said.

People also don't want to fork over money for the apps.

"These are the people who really need these apps more than the average person counting their steps, and they're more likely to cite the cost and coverage as the reason why they don't use it," Steinberg continued.

However, about one in four people said they would use an app if their doctor prescribed or recommended one to help manage their health, the poll showed.

"There's a generally rosy attitude towards these apps," Steinberg said. "Most people recognize their value. A majority would be open to using those apps if the benefits were clear and if it were covered by insurance."

Unfortunately, primary care doctors have been slow adopters when it comes to recommending the use of apps, said Dr. Tochi Iroku-Malize, president-elect of the American Academy of Family Physicians.

Doctors are reluctant to recommend health apps because there are so many out there, and there's little in the way of reviews that help them know which would be best for their patients, Iroku-Malize said.

So many apps, but which work?

"We need to study the various types of health apps there are in terms of their effectiveness, because there are just so many of them," Iroku-Malize said. "Let's study them, compare them head-to-head, find out which ones really give us accurate information or not that we can really use."

Some apps created by fly-by-night operators will not receive needed updates based on the latest medical data, Irozu-Malize said.

"For many apps you can say your blood sugar is 10, which is life-threateningly low, and the app won't necessarily tell you that you need to do something urgently," Bates said. "I'd like to see the apps do a better job around warning you if there is a serious situation."

Iroku-Malize added that there are also problems of technological incompatibility - the apps don't always exchange data cleanly and easily with doctors' computer systems, making it more difficult for physicians to use the information to their patients' advantage.

"Just limiting the number somewhat would be really helpful," he added. "For example, in England they have about 60 apps that are endorsed nationally and promoted. There's a lot of competition to get into that group, but that makes it much easier to pick which ones might be relevant for you."

Men appear more likely than women to use a health app, including to improve mental health (14% versus 10%), managing chronic conditions (15% versus 8%) and monitoring blood sugar levels (12% versus 7%).

Iroku-Malize wondered if that's because men just don't like going to the doctor, and an app presents a more palatable alternative.

"You think about men who are less likely to do maintenance visits for chronic conditions, and the apps do provide an easier way of controlling the matter," Iroku-Malize said. "This is also a way they can handle their mental health issue without having to go and visit a primary care physician or someone like that."

The University of Kansas Medical Center has more on health apps.