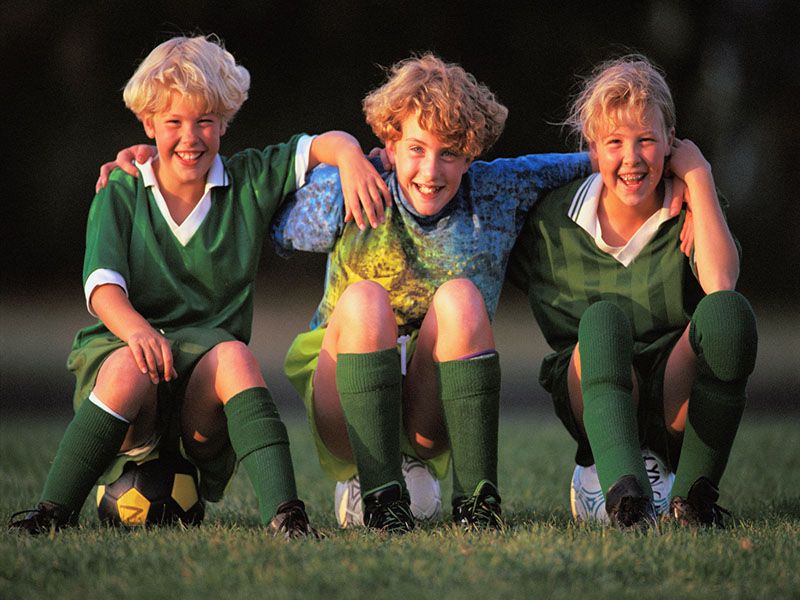 Kids who play team sports may win some mental health benefits, but the same may not hold true for those in solo sports, a large, new study suggests.

A number of previous studies have linked team sports to better mental well-being for children and teenagers, and the new research is no exception: Overall, it found, U.S. kids who played team sports seemed to have fewer mental health "difficulties" - like anxiety and depression symptoms - than their peers who did not play sports at all.

In contrast, the situation was flipped for kids who played sports more dependent on individual performance - such as tennis, gymnastics and wrestling. They tended to show more mental health symptoms than their peers.

"On a general scale, looking at sports broadly, they do seem to be good for kids' mental health," said lead researcher Matt Hoffmann, an assistant professor of kinesiology at California State University, in Fullerton.

But this study, he said, suggests that not all sports bring the same benefits.

It's not clear why, but one reason may be the added performance pressure of individual sports: Kids can't share the "burden" with teammates, Hoffmann said, and they may be more likely to beat themselves up when things do not go as hoped.

That may be particularly true if parents are putting on the pressure, he noted.

The study, published online June 1 in the journal PLOS ONE, involved over 11,000 U.S. children aged 9 to 13. Their parents completed a standard checklist on child mental health - rating their kids on issues like anxiety, depression, social withdrawal and attention problems.

Overall, kids in team sports scored lower on most mental health difficulties, versus those who did not play any sports. On the other hand, kids in individual sports typically had higher scores.

Meanwhile, it was essentially a wash for kids who played both kinds of sports: Their mental health ratings were on par with kids who did not play sports.

None of the differences were large, Hoffmann pointed out. On average, team sport participation was tied to a 10% to 19% decrease in symptom scores, while individual sports were tied to a similarly modest increase in scores.

The researchers did take other factors into account, like family income. That's an important one, Hoffmann noted, since family resources help determine which sports kids play. Even then, the study found, team sports appeared better for mental well-being than individual ones.

Still, it's not certain that the sports, per se, were the driver. Hoffmann said it's possible, for example, that introverted kids are more drawn to individual - rather than team - sports.

At the same time, there are reasons to believe that team sports buoy kids' mental health, he added. They offer a chance to build friendships and a sense of belonging, and learn skills like cooperation and dealing with challenges.

One issue with individual sports, like tennis and gymnastics, is that kids may "specialize" starting at a young age, according to Dr. Erin Moix Grieb.

In those cases, kids may be training year-round - which can raise the risk of injury, Grieb explained. She is a pediatric sports medicine specialist at Stanford Children's Health, in California.

"Injury is one of the strongest risk factors for mental health issues in athletes," she said.

Plus, that "hyper-focused, year-round training" may expose some kids to social isolation, stress and burnout, Grieb added.

None of that, however, means that kids need team sports to thrive.

"The intention is not to discourage parents from letting their kids play individual sports," Hoffmann said.

Instead, he suggested that parents check in with their kids, to make sure they are still having fun with their sport of choice. (Some children, Hoffmann noted, simply end up in a sport that a parent played, and may not have a real attachment to it.)

Grieb agreed. "The reality is that if youth enjoy their sport, play a variety of sports, are supported by parents and coaches, and get adequate time off with good injury prevention techniques, they will be ahead of the game," she said.

And kids can also find social connection outside of sports. "If a child has an activity or interest they are passionate about, encourage them to join an organized group of other individuals with similar interests," Grieb said.

"Knowing they are supported and pursuing their own interests," she added, "will go a long way for their mental health."

The American Psychological Association has more on exercise and kids' mental health.