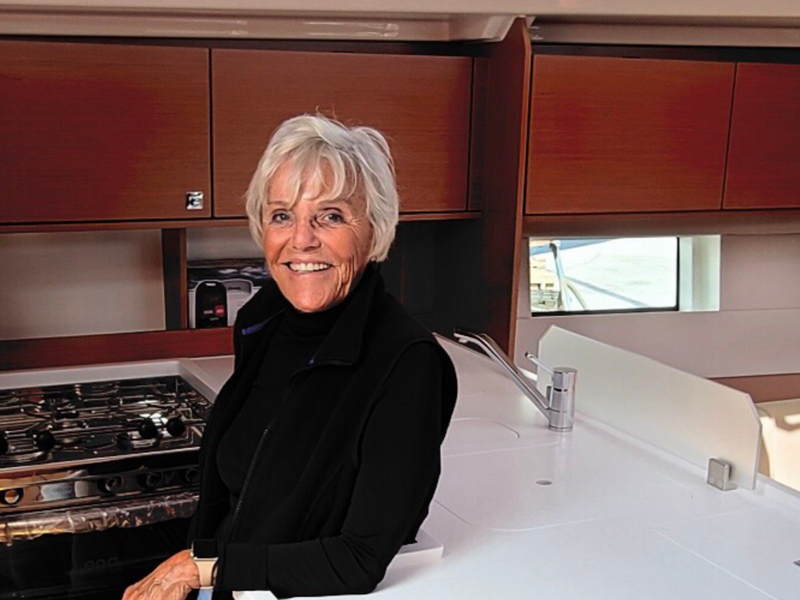 New Guidelines Have Some Stroke Patients Dropping Aspirin. That Could Be Dangerous

After decades where millions of Americans who were at risk for cardiovascular trouble were told a daily low-dose aspirin would guard against strokes and heart attacks, new guidelines issued this spring recommend that the strategy is not worth the bleeding risks in those over 60.

That's been plenty confusing for patients who aren't sure what is the safest course forward.

Diane Manzella, a Southern California resident, is among them.

Manzella, now 80, had a transient ischemic attack (TIA), often called a "mini stroke," about 20 years ago. These attacks can be a harbinger of a future major stroke.

Then she had a second TIA last month -- after stopping her daily dose of aspirin several months ago.

Experts at Cedars-Sinai in Los Angeles have heard from other confused stroke patients about the new guidelines.

"Both in the hospital setting as well as our clinic spaces, our patients are hearing, seeing the news and they are having family members telling them, 'You need to stop your aspirin. Hey, it causes harm,' because the general public does not know the difference between primary and secondary prevention," said Dr. Shlee Song, director of the Comprehensive Stroke Center at Cedars-Sinai.

The U.S. Preventive Services Task Force made its final recommendations tightening the use of low-dose aspirin usage in late April. Soon after, the American Heart Association (AHA) noted that those changes aligned with its 2019 guidelines.

For now, the recommendations are that people with a history of heart attack, atrial fibrillation, stroke or stenting should continue to take their low-dose aspirin. But for people with no history of heart disease or stroke, taking low-dose aspirin is not recommended for preventing heart attack or stroke ("primary prevention"), especially in adults who have a higher risk for bleeding.

Certain middle-aged adults may benefit from low-dose aspirin therapy, the AHA noted, if they are at high risk for heart attack or stroke due to risk factors such as smoking, high blood pressure, type 2 diabetes, high cholesterol or a significant family history of heart disease. Those individuals should get specific treatment advice from their doctors.

Aspirin still an option for some

"The task force recommends a discussion with the doctor to see if the benefits outweigh the risk. There is a marginal risk reduction with aspirin in the 40- to 59-year age range and the physician or the clinical team member needs to really make sure that the bleeding risk does not outweigh the potential benefit here," Song said.

Aspirin can harm people with stomach ulcers or bleeding issues in the gut, which is among the reasons it shouldn't be taken unless there is another reason to do so, Song explained.

Doctors may screen for symptoms such as heartburn or changes in stool before making a decision to use aspirin for primary prevention, she said.

"If a patient's doctor has recommended low-dose aspirin -- or any preventive medication -- the patient shouldn't discontinue taking it without discussing it with their physician," Song said in a question-and-answer session Cedars-Sinai posted recently to help patients understand the guidelines.

Since the 1950s, doctors have been prescribing daily aspirin to help prevent recurring heart attacks. Many studies have shown that daily low-dose aspirin or similar medications can reduce the risk of major vascular events like heart attacks and strokes by up to 25% compared to patients who do not take aspirin or aspirin-like medicines, said Dr. Lee Schwamm, executive vice chair of neurology and director of the Center for TeleHealth at Massachusetts General Hospital in Boston.

The aspirin strategy works by inhibiting activation of platelets, which play a role in clotting, Schwamm said.

Though that clotting action is useful after injury to a blood vessel causes bleeding, platelets can also cause a clot to form that can block blood flow or break off and travel to the brain or heart and cause a stroke or heart attack, Schwamm explained.

Occasional aspirin for pain relief is still a safe alternative, and many patients with arthritis take aspirin regularly for their pain symptoms, Schwamm noted.

"Many people have been confused by this message, especially if they only read the headlines of articles or hear the opening part of a news story," Schwamm said. "This is a very subtle message, and we need to do a better job of explaining the risks and benefits of over-the-counter treatments that can save lives for some people, but put others at risk."

Talk to your doctor first

For those who've had a past stroke or heart attack, that medical history doesn't just go away, even if it's been a number of years, Song said.

"Some patients think they're in the same primary prevention group because the stroke or TIA or the heart attack happened years ago. [They think] 'So I'm with the general public, right?' No, you're not," Song said. "It's because you've had this relevant history that we need to continue the aspirin."

Such was the case with Manzella. Her original TIA back in 2002 consisted of blurry vision, with temporary blackened vision on the lower half of her left eye. Her training as a speech pathologist made her think it could be a clot. Afterwards, she was prescribed low-dose aspirin.

"There was a huge article in the L.A. Times and elsewhere in news media about the idea that the low-dose aspirin, taking it to prevent a stroke, wasn't all that effective unless you had had a prior problem," said Manzella, who thinks her cardiologist hadn't remembered her history of TIA.

Last month, she had another TIA, which featured tingling on her left side, impaired balance and slurred speech. An ambulance brought her to a Cedars-Sinai hospital.

"In hindsight, I shouldn't have" stopped taking the aspirin, Manzella said.

After her recent episode, Manzella's medical team gave her some updated guidance.

"This was their advice: Keep myself healthy, stay in touch with my doctors, and continue on the aspirin and start a statin drug," Manzella said.

The U.S. Centers for Disease Control and Prevention has more on stroke.