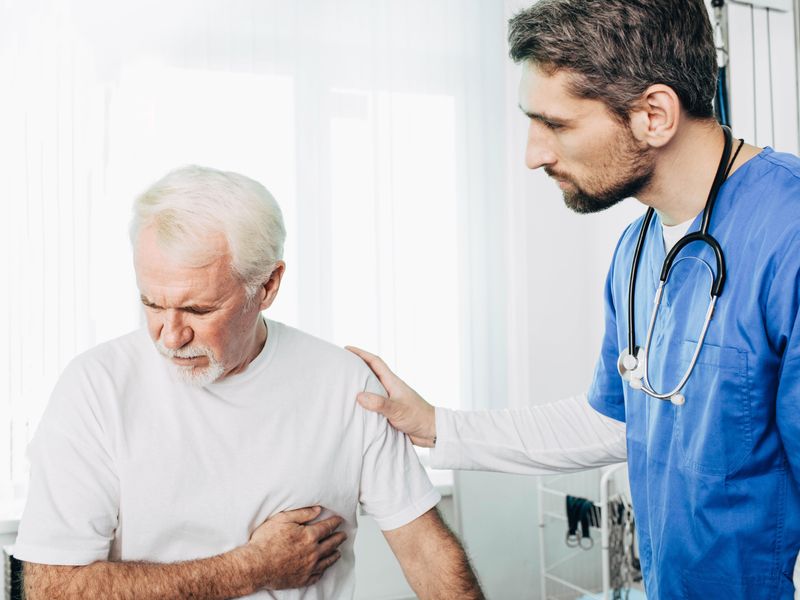 Grief Can Be Heartbreaking for People Battling Heart Failure

Can someone really die of a broken heart?

If that person has serious heart disease, new Swedish research suggests the answer may well be yes.

After analyzing almost three decades worth of data on nearly half a million heart failure patients, investigators concluded that those who had been struck by the grief that comes with losing a loved one faced a 5% to 20% spike in their risk of dying from heart failure over the following four years.

The findings may call for increased attention from family members, friends and doctors for bereaved heart failure patients, especially right after the loss, said study author Krisztina László. She is an associate professor in the department of global public health with the Karolinska Institute in Stockholm.

Heart failure, László explained, "is a progressively deteriorating chronic disease, in which the heart muscle is unable to pump sufficient blood to meet the body's blood and oxygen demands."

Her team noted that estimates suggest that more than 64 million men and women around the globe struggle with the disease.

The patients had been born in Sweden at some point after 1931, and many were middle-aged or older.

In the end, nearly 59,000 of the patients (12%) suffered the loss of a loved one. And the team found a significant rise in the risk that heart failure would turn fatal, depending on the relationship the heart failure patient had to the person who died.

For example, losing a husband, wife or partner triggered a 20% rise in the risk of heart failure death, while losing a brother or sister was linked to a 13% rise in risk, and losing a child or grandchild was associated with a 10% and 5% increase, respectively.

But spikes were much higher than that in the immediate aftermath of a loss, the study authors noted, with overall risk (on average) rising 78% within seven days of losing a loved one.

Broken down by relationship, losing a child triggered a 31% increased risk over the first week, while losing a spouse or partner prompted a 113% increase.

And losing two loved ones was worse than losing one: heart failure patients saw their risk for dying shoot up by 35% after two losses, compared with a 28% rise after the loss of one loved one.

The research team did, however, identify one big exception to the rule: losing a parent. No increased risk for dying was observed among heart failure patients following the loss of either a mother or father.

That, said László, may reflect the fact that the patients themselves were not particularly young, so "at the old age of our cohort members, the death of a parent may be in line with expectations about the life cycle."

As to what might explain the otherwise across-the-board rise in risk, the investigators acknowledged that other genetic and lifestyle factors may play a role.

Still, a "stress-related mechanism" is the likely explanation for why profound loss seems to translate into greater heart failure vulnerability, László said.

Indeed, the researchers said a rise in death risk may be rooted in the complex way the body's neuroendocrine system and sympathetic nervous system, among others, respond to highly stressful and emotional events.

The findings were reported online July 6 in the journal JACC: Heart Failure.

Identifying the link between grief and heart failure dynamic is one thing - finding a way to prevent it is another, cautioned Dr. Maya Guglin. She's chair of the heart failure and transplant section at the American College of Cardiology.

"(I'm) not sure how it can be mitigated," Guglin said. One possibility might be beta-blockers, which are typically prescribed to lower blood pressure. That's because extreme emotional or physical stress triggers a hormonally driven "fight or flight" response - and beta-blockers might be one way to tamp down that process, Guglin explained.

Though not involved in the study, Fonarow noted that prior to the Swedish research, "studies in many general populations have shown that the death of a spouse or other close family member is associated with an increase in mortality."

But he added that none of those previous investigations focused solely on heart failure patients.

Looking ahead, Fonarow said, "further study is needed to determine if providing enhanced support to heart failure patients with loss of a close family member will be able to mitigate this increased risk."

There's more on heart failure at the U.S. Centers for Disease Control and Prevention.