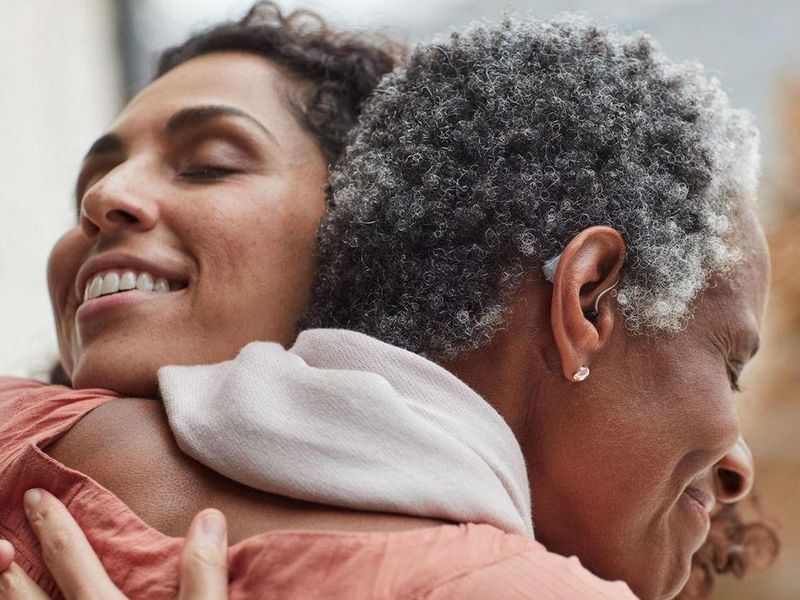 Cheaper Over-the-Counter Hearing Aids Should Be in Stores by October, FDA Says

Affordable over-the-counter hearing aids will bring relief to millions of Americans suffering from hearing loss by mid-October, under a landmark proposal just announced by the U.S. Food and Drug Administration.

The final rule announced Tuesday creates a category of hearing aids that could be sold directly to consumers, without either a medical exam or a fitting by an audiologist.

"The rule will allow consumers to have greater control over their hearing aid purchasing decisions at stores nationwide or online without a professional hearing test, fitting adjustment or a prescription," FDA Commissioner Dr. Robert Califf said during a media briefing. "People with hearing impairments, especially older Americans, could see over-the-counter hearing aids available as early as mid-October."

Until now, folks with hearing loss have typically had to fork out thousands of dollars for a device that could only be adjusted by a professional audiologist.

That's been a barrier that left close to 30 million U.S. adults without the hearing help they need.

While roughly 15% of Americans report some trouble with their hearing, the FDA estimates that only 1 in 5 people who could benefit from a hearing aid actually use one.

"This action makes good on my commitment to lower costs for American families, delivering nearly $3,000 in savings to American families for a pair of hearing aids and giving people more choices to improve their health and wellbeing," Biden said in a statement issued by the White House.

The over-the-counter category established in the new rule applies to hearing aids intended for people 18 or older who have mild to moderate hearing impairment. Other types of hearing aids -- including those for children or people with severe hearing problems -- will remain prescription devices.

The final rule incorporates several changes suggested in those comments, including:

"The rule also includes certain device performance and design requirements, such as limits on distortion, noise, delay and the range of frequencies that the device can reproduce," said Dr. Jeff Shuren, director of the FDA's Center for Devices and Radiological Health.

Along with the new rule, the FDA also clarified the differences between hearing aids and personal sound amplification products (PSAP). PSAPs are low-cost consumer products intended to amplify sounds for average folks.

PSAPs are intended for people with normal hearing to amplify sounds in certain environments, such as recreational activities, Shuren said.

"While hearing aids and PSAPs both amplify sounds to the user, PSAPs are not intended to aid persons with or compensate for impaired hearing," he added.

Competition prompted by the new rule is expected to save consumers about $1,400 on each individual hearing aid or more than $2,800 per pair, said Brian Deese, White House director of the National Economic Council.

"And that's the direct savings potential that comes from this rule," Deese said. "But we also expect this rule to unleash new innovation, which ultimately will mean better quality products and lower prices in ways that we cannot even estimate or model today."

The action is the culmination of efforts dating back to 2017, when Congress passed a law requiring the FDA to establish a category of over-the-counter hearing aids.

The FDA missed its August 2020 deadline to propose those new rules, blaming the COVID-19 pandemic for the delay.

But in July 2021, Biden issued an executive order that set a November deadline for the FDA to finish its work on the new hearing aid rule.

In the years since passage of the 2017 law, manufacturers like the speaker maker Bose have worked on hearing aids that could be sold directly to consumers. Some are already on the market.

In 2018, the FDA approved a Bose hearing aid for direct sale to consumers based on clinical trial evidence that people could fit it as well as a professional audiologist could.

An Illinois company, Lexie Hearing, has also started selling its own $799 hearing aids direct to consumers online and through Walgreens drug stores in five Southern and Western states.

These devices rely on smartphone apps to help people adjust them to suit their particular needs, with options for both volume and specific frequencies.

Over-the-counter devices are meant to fill a large gap in the hearing aid market, which now offers people one of two choices.

They can either go through the pricey process of getting fitted with a full-fledged hearing aid, or spend much less on a PSAP.

PSAPs generally cost less than $500, and Amazon sells some for as low as $60. But experts warn that you get what you pay for: PSAPs will amplify all the sound around you, but they don't allow for other adjustments to account for distortion or loss of hearing at different pitches.

"There's not really a lot of customization outside of maybe turning a volume control up and down," said Hope Lanter, lead audiologist at Hear.com, a Netherlands-based online hearing aid retailer.

"An amplifier makes everything this much louder," she said. "It's not necessarily shaping the sound to the person's hearing loss, but just making everything louder. When you do that, it may actually create more distortion or more of a magnification of the problem."

The U.S. Food and Drug Administration has more about hearing aids and PSAPs.