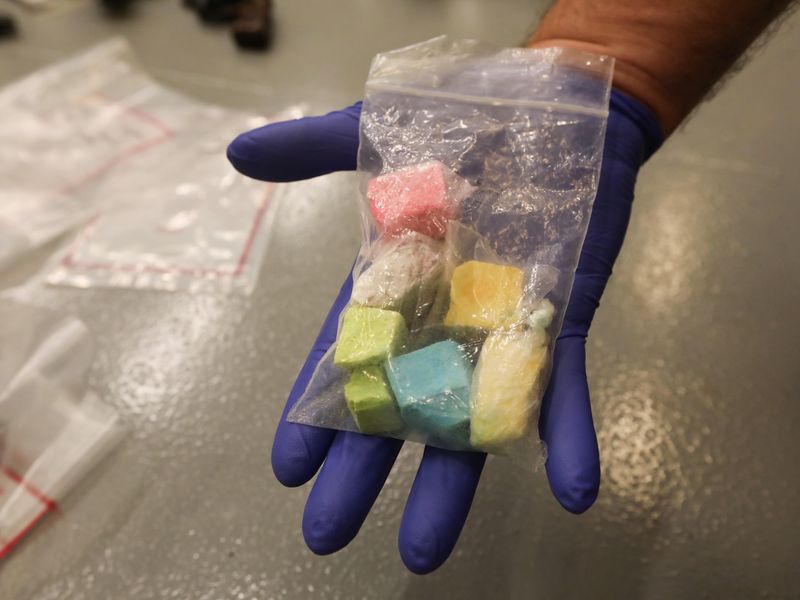 “Rainbow fentanyl — fentanyl pills and powder that come in a variety of bright colors, shapes, and sizes — is a deliberate effort by drug traffickers to drive addiction amongst kids and young adults,” said DEA administrator Anne Milgram.

“The men and women of the DEA are relentlessly working to stop the trafficking of rainbow fentanyl and defeat the Mexican drug cartels that are responsible for the vast majority of the fentanyl that is being trafficked in the United States,” Milgram added in an agency news release.

The DEA and other law enforcement officials seized brightly colored fentanyl and fentanyl pills in 18 states in August. The confiscated drugs include pills, powders and blocks that resemble sidewalk chalk.

Despite assertions that some colors might be more potent than others, DEA laboratory testing has found no evidence to support these claims. Still, fentanyl is extremely dangerous, no matter the color, shape or size, the DEA said.

Moreover, fentanyl remains the most lethal drug threat to the United States. The U.S. Centers for Disease Control and Prevention estimates that 107,622 Americans overdosed and died in 2021, with synthetic opioids like fentanyl the cause of 66% of those deaths. Drug poisoning is the leading cause of death for Americans between the ages of 18 and 45.

If you encounter any form of fentanyl, refrain from handling it and call 911 immediately, the DEA advised.