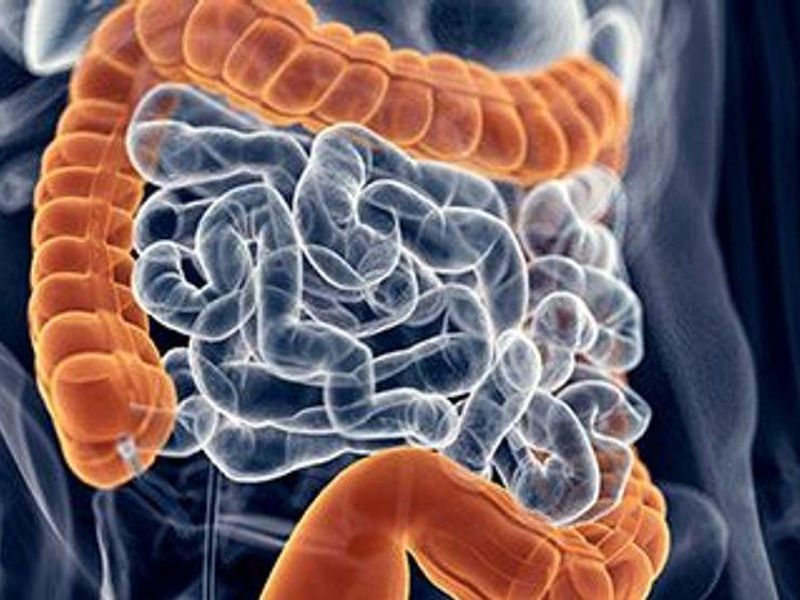 Colonoscopy screening can help prevent colon cancer by allowing doctors to find and remove potentially pre-cancerous growths called polyps. But if they fail to get the whole growth, the odds of a recurrence are high, a new study shows.

The likelihood that it will occur within the next few years more than doubled.

Repeat exams found a new growth in the same colon segment 52% of the time compared to 23% in colon segments where polyps had been completely removed, the findings showed.

And the prevalence of advanced polyps -- ones with a greater cancer potential -- was six times higher in colon segments where there'd been an incomplete removal: 18% versus 3%.

Experts said the findings point to the importance of doctors' technical skills, not only in finding polyps, but in removing them.

Polyps are growths in the lining of the colon that are most often benign, but in some cases develop into cancer. For that reason, doctors usually remove any polyps they spot during routine colonoscopy screening.

Doctors' polyp detection rate has long been seen as a measure of their skill. In fact, patients are encouraged to ask their doctor what her or his polyp detection rate is before having a colonoscopy, said Dr. Douglas Rex, president of the American Society for Gastrointestinal Endoscopy, in Downers Grove, Ill.

"Some [doctors] are very good at it, and others aren't good," Rex said.

But it's only more recently that doctors' variance in removing polyps has come under scrutiny. The new findings add to evidence that competence in polyp removal "clearly needs to be addressed," said Rex, who was not involved in the research.

At the same time, he stressed that no one should be deterred from getting a colonoscopy. "It detects a lot of colon cancers, and can prevent colon cancer," Rex said. "Overall, it's a very powerful tool."

Plus, he noted, the large majority of polyps in this study were completely removed.

The findings were published online Aug. 10 in the Annals of Internal Medicine.

Past studies have estimated that incomplete polyp removal contributes to anywhere from 10% to 30% of colon cancers that develop after colonoscopy screening.

But it has not been clear the incomplete removal, per se, is to blame.

It's a tricky matter to parse out, explained Dr. Heiko Pohl, lead researcher on the new study. Even when a polyp is incompletely removed, a new one detected at a follow-up exam may or may not be a regrowth.

It could be a polyp that was missed before, said Pohl, a gastroenterologist at the VA Medical Center in White River Junction, Vt.

For their study, his team looked at data on 166 patients who'd taken part in an earlier research project. There, the researchers had found that of 346 polyps removed by 11 gastroenterologists, 10% were incompletely removed.

The researchers verified that by analyzing biopsied tissue from the margins of the removed polyp: If polyp tissue was present, that meant removal was incomplete. Those patients were advised to return for a repeat exam within a year.

Of the 166 patients in the current study, 32 had at least one polyp that was incompletely removed. Pohl's team found that in colon segments where there had been an incomplete removal, the odds of new growth were significantly higher.

The researchers estimated that incomplete polyp removal accounted for 28% of all new growths detected in the study group.

But while some patients did have advanced polyps, none had cancer, Pohl said. The growths were considered advanced based on their size.

According to Dr. Reid Ness, an associate professor of medicine at Vanderbilt University Medical Center in Nashville, Tenn., "These results emphasize the necessity for endoscopists to perform [polyp removal] using instruments and techniques shown to reliably result in complete polyp resection."

For patients who have had polyps removed, Ness said, the important thing is to return for follow-up exams.

The recommended interval varies patient to patient, based on factors like the polyp size, Rex noted. (With larger growths, follow-up is generally shorter.)

The findings are not a cause for alarm, the experts said.

Perspective is important, Pohl explained. Polyps are very common, whereas the average person has about a 5% lifetime risk of developing colon cancer, he said.

At this point, Pohl noted, patients cannot ask their doctor about his or her rate of incomplete polyp removal: There is no way for doctors to track that performance as they do with their polyp detection rate.

The American Cancer Society has more on colonoscopy screening.