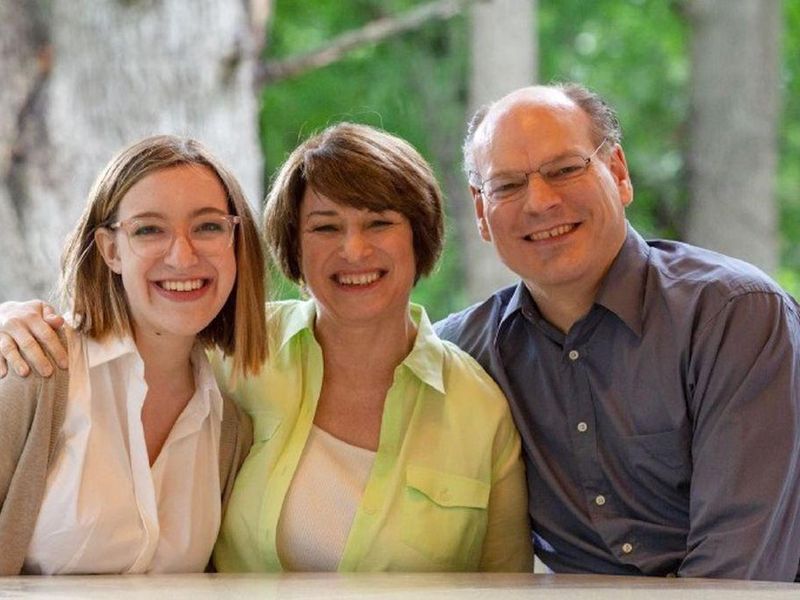 U.S. Sen. Amy Klobuchar revealed Thursday that she's been treated for early-stage breast cancer, including surgery to remove a lump and radiation therapy.

A follow-up biopsy revealed that Klobuchar -- who campaigned in the Democratic presidential primary in 2020 -- had stage 1A breast cancer.

Based on Klobuchar's description on Twitter, "it sounds like she is very fortunate that the cancer was in an early stage, picked up on a screening mammogram," said breast cancer specialist Dr. Paul Baron, who wasn't involved in her care.

"You always want to find your cancer on a screening mammogram because most of the time it's very early and very curable," said Baron, who is directs the Breast Cancer Program at Lenox Hill Hospital, in New York City.

Klobuchar said that after other tests, she returned to Mayo for a lumpectomy that removed the cancer from her right breast. She completed radiation treatment in May, and by August her doctors reported that her therapy went well.

"Of course this has been scary at times, since cancer is the word all of us fear, but at this point my doctors believe that my chances of developing cancer again are no greater than the average person," Klobuchar said.

Women with breast cancers detected before they spread to other parts of the body have a 99% five-year survival rate, according to the American Cancer Society.

Klobuchar urged Americans to not put off routine medical exams because of the pandemic, noting that more than one in three adults have delayed or not sought health care because of concerns over COVID-19.

"Over and over, doctors are seeing patients who are being treated for more serious conditions that could have been caught earlier," Klobuchar said.

"[Americans] are constantly balancing their families, their jobs, and their health. It's easy to put off health screenings, just like I did. But I hope my experience is a reminder for everyone of the value of routine health check-ups, exams and follow-through," she continued.

"Senator Klobuchar's experience is similar to that of many women -- during the early days of the pandemic many routine tests such as mammography were delayed," noted Dr. Nina Vincoff, chief of breast imaging at Northwell Health in Lake Success, N.Y. "But for those who did not have their regular preventative care, including mammography, because of the pandemic, it is critical to return to care now."

Klobuchar described herself as fortunate "to have caught the cancer at an early enough stage and to not need chemotherapy or other extensive treatments, which unfortunately is not the case for so many others."