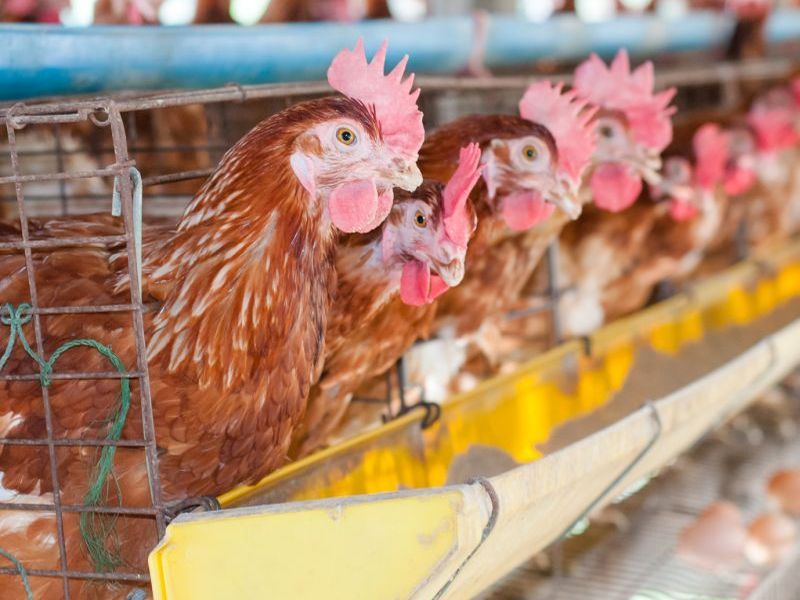 Mass cullings have been implemented as a highly contagious form of avian flu has swept across the eastern half of the United States in recent weeks, killing both farmed poultry and wild birds.

"It's very concerning, given how quickly this thing is accelerating," Henry Niman, a biochemist in Pittsburgh who studies the genetic evolution of viruses, told The New York Times.

"I think we could see historic levels of infections," added Niman, who has been tracking the outbreak's spread across the United States.

It's likely the virus is being spread by wild birds returning from winter feeding grounds, according to experts, and many fear the worst will come when spring migration peaks in a few weeks, the Times reported.

Poultry growers are being urged by federal officials to report sick or dying birds and to take preventive measures such as preventing contact between their farmed flocks and wild birds.

"It's important to note that avian influenza is not considered to be a risk to public health and it's not a food-safety risk," Mike Stepien, a spokesman for the U.S. Department of Agriculture's Animal and Plant Health Inspection Service, told the Times.

The virus -- called Eurasian H5N1 -- has not jumped to humans but is being closely watched by scientists because it's closely related to an Asian strain that has infected hundreds of people since 2003.

That strain doesn't spread efficiently among humans, but when it does it has a death rate of 60%, according to the U.S. Centers for Disease Control and Prevention.

And it can decimate a country's poultry industry.

Right now, turkey farmers in Indiana and Kentucky are the most worried. Several farms in those states have been shuttered in the past two weeks after officials discovered the virus among birds that spend their entire lives crammed into massive containment sheds. Farmers say they have been stunned by how efficiently the virus kills, with animals dying hours after the initial infection, the Times reported.

"Everyone is on super-high alert and trying to be as prepared as possible because we all remember the devastation of 2014 and 2015," Dr. Denise Heard, a veterinarian with the U.S. Poultry & Egg Association, told the Times.

The 2014-15 outbreak sent poultry and egg prices soaring and cost the industry more than $3 billion - though the federal government compensated farmers for lost flocks. In the end, nearly 50 million birds were killed by the virus or destroyed to prevent its spread, a vast majority of them in Iowa and Minnesota.

Visit the U.S. Centers for Disease Control and Prevention for more on the avian flu.