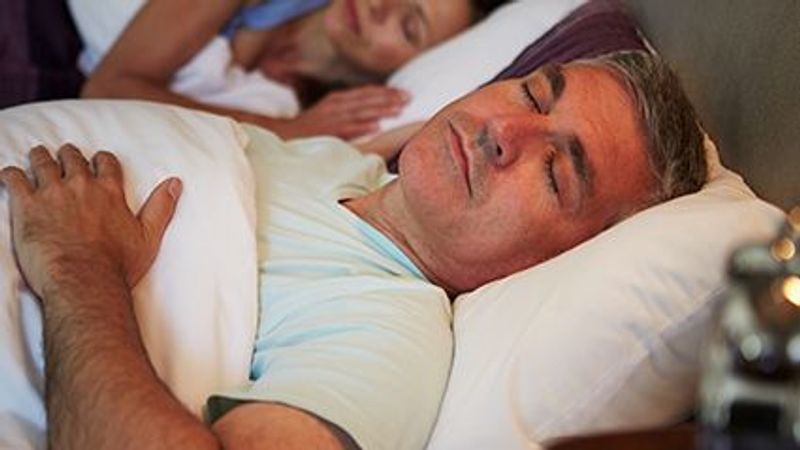 People who regularly get a good night's sleep may help protect themselves from heart failure, a large, new study suggests.

Researchers found that of over 400,000 adults, those with the healthiest sleep patterns were 42% less likely to develop heart failure over 10 years, versus people with the least healthy habits.

Those "healthy" sleepers reported five things: Getting seven to eight hours of sleep per night, no snoring, rarely having trouble falling or staying asleep, no daytime grogginess, and being a "morning" person.

Still, the findings do not prove cause and effect, said senior researcher Dr. Lu Qi, a professor at Tulane University's School of Public Health and Tropical Medicine, in New Orleans.

However, he said, they do build on a body of research linking sleep quality to heart health.

Studies have found that people with insomnia have higher risks of heart disease. The same is true of people with sleep apnea -- a chronic disorder where breathing pauses repeatedly throughout the night.

In fact, many of the unhealthy sleepers in the new study might have had sleep apnea, said Dr. Nieca Goldberg, a cardiologist at NYU Langone Health, in New York City.

Chronic snoring and daytime sleepiness are hallmarks of sleep apnea, noted Goldberg, who is also a spokesperson for the American Heart Association. And if people are getting poor sleep because of breathing problems, she added, they are unlikely to feel like an early bird.

It's not that poor sleep directly causes heart failure, according to Goldberg: Instead, it can feed the risk factors for heart failure, through effects on stress hormones, blood pressure and heart rate, for example.

"The bottom line is, sleep is another behavior that providers and patients should be taking about," Goldberg said.

For the study, Qi's team used data on over 400,000 U.K. adults who took part in a long-term health study. At the outset, when they were between the ages of 37 and 73, the participants answered questions about their sleep routines.

The researchers gave each person a "healthy sleep score" of 0 to 5, based on the number of healthy habits they reported.

Over roughly a decade, 5,221 study participants were diagnosed with heart failure -- a chronic condition where the heart muscle can no longer pump efficiently enough to meet the body's needs.

Of course, "good" sleepers might be generally health conscious, too. So, Qi's team accounted for people's exercise, diet, smoking and drinking habits, as well as medical conditions like diabetes and high blood pressure. They also factored in people's education levels and household income.

And healthy sleep remained linked to a lower risk of heart failure.

The findings were published online Nov. 16 in the journal Circulation.

Dr. Roneil Malkani is an assistant professor of neurology at Northwestern University Feinberg School of Medicine, in Chicago.

He agreed that the findings might reflect the effects of undiagnosed sleep apnea. There's also a possibility that early heart problems caused some sleep-related symptoms.

"Daytime sleepiness could be a symptom of worsening heart health," Malkani said.

Of the five sleep behaviors, he noted, lack of daytime sleepiness was linked to the biggest reduction in heart failure risk.

That said, Malkani pointed to past research showing similar patterns: Poor sleep quality -- whether defined as sleep apnea, excessive sleep or too little sleep -- has been tied to greater health risks and shorter life span.

He said the "novelty" of this study is that it used a simple, straightforward way to gauge healthy sleep.

According to Qi, its message is similarly straightforward. "Getting seven to eight hours of sleep is better than five or six," he said.

And if people have problems with insomnia, snoring or daytime drowsiness, Qi added, they should talk to their doctor.

The American Academy of Sleep Medicine has more on healthy sleep.