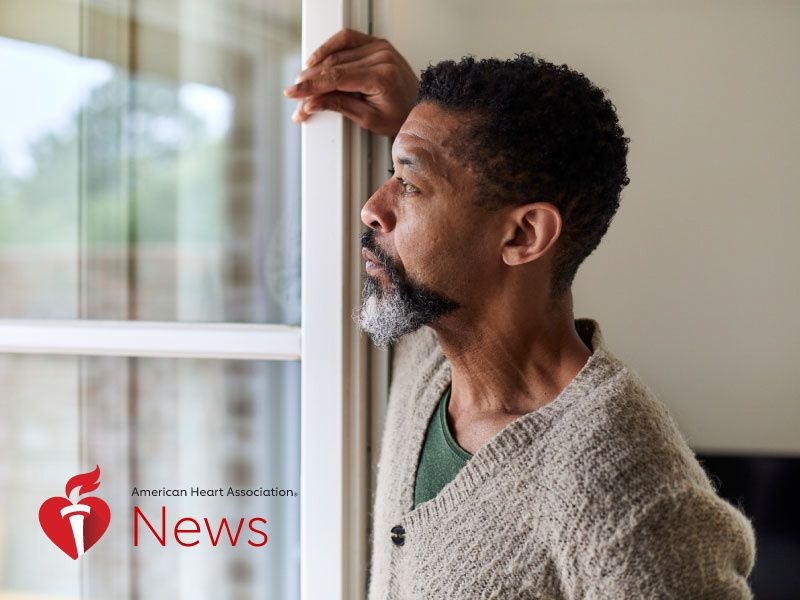 Heart disease and depression are interwoven, and a new study is helping unravel that connection by linking depression with poorer scores on seven important measures of heart health.

Lead researcher Dr. Brent Medoff said the study shows a clear link between depression and poor heart health, although it can't explain what's behind the connection.

"Whether it's because they're depressed and they don't want to move around, or they're not taking care of themselves, or they're unable to get medication, (these) are things that we have to look for in other research," said Medoff, a resident physician at the University of Pittsburgh Medical Center.

The research, presented this month at the AHA's virtual Scientific Sessions conference, is considered preliminary until published in a peer-reviewed journal.

Dr. Christopher Celano, associate director of the Cardiac Psychiatry Research Program at Massachusetts General Hospital, said zeroing in on the root causes of the relationship between depression and heart disease offers fresh details on a complicated interaction. He was not involved in the new research.

It's a two-way street, studies suggest. People with depression are more likely to develop heart disease. And people with heart disease can experience depression. In fact, research suggests 15% to 30% of people with cardiovascular disease have depression -- a rate two to three times higher than the general population.

Celano said some of the connection is probably behavioral. People who are depressed are more likely to smoke, less likely to be active and tend to have a less healthy diet.

But depression also has a physical side. It affects the nervous system in ways that can raise blood pressure and heart rate. It affects blood platelets, which can increase the risk of clotting. It's also been associated with inflammation, which is linked to many diseases.

"Depression and depressive symptoms are not just in the brain," Celano said. "Your brain is connected to every other part of your body. We know more and more that these connections between the brain and the rest of the body go both ways. So things that happen in your body can affect how you think and feel. And changes in your brain can affect many different parts of your body, including your heart."

Debra Moser, a professor and assistant dean at the University of Kentucky College of Nursing in Lexington, said the new study shows that health care professionals need to do a better job of managing depression.

"Basically, this evidence says we really need to start assessing people for depressive symptoms," said Moser, who was not involved in the study.

Screenings can be done easily with the same nine-item questionnaire used in the study, said Moser, who is actively researching depression in cardiac patients. People also can watch for warning signs in themselves and loved ones.

"People who really lose interest in what they used to do, and really kind of just feel down and depressed and don't engage in anything they used to like, should begin to worry that they're suffering from depressive symptoms that need to be managed," she said.

People having depressive symptoms should speak with their primary care physician about getting a referral to a psychiatrist or other mental health professional, Celano said. That is "critical. And this is regardless of whether you have heart disease or not."

"I think it's going to be really important for patients to feel comfortable coming to their physicians and saying, 'Hey, I feel I haven't been able to do these things. I feel down,' and for the physician to say, 'OK, well, I think these are connected.'"