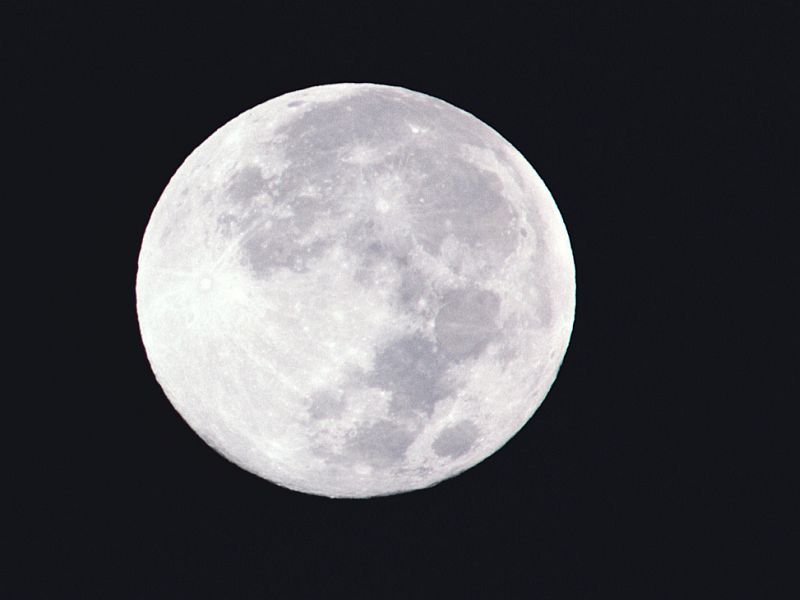 There have long been theories that women's menstrual cycles align with the moon, and now a new study suggests there's some truth to that.

Using years of records kept by 22 women, researchers found that for many, menstrual cycles "intermittently" synced up with the phases of the moon.

The link happened only about one-quarter of the time for women aged 35 or younger, and just 9% of the time for older women. There was a great deal of variance, though, among individuals.

And for a few women, there were hints that excessive exposure to artificial light at night could have thrown off any moon-menstruation synchrony.

The researchers called the findings "interesting," and said they might reflect remnants of a lunar influence that benefited humans' ancient ancestors.

Early primates were nocturnal creatures, so a degree of moon-influenced behavior would make sense for them, according to Deena Emera.

Emera, who was not involved in the study, is an evolutionary geneticist based at the Buck Institute's Center for Reproductive Longevity and Equality, in California.

Mating is risky business, Emera noted, as it makes animals vulnerable to predators. So mating during the new moon, under cover of more darkness, would be a "reasonable strategy," she said.

That also means there would be an advantage to ovulation being timed to the new moon.

"I think any [moon-menstruation] synchronization seen today is probably a relic of an ancient primate trait," Emera said.

She also stressed that women need not worry if their menstrual cycles are not wedded to the moon.

"We're so different from those early rodent-like primates," Emera said. "We certainly don't need to sync our cycles to the moon to successfully reproduce."

The study, published online Jan. 27 in the journal Science Advances, is far from the first to investigate moon-menstruation correlations.

The most obvious one is that both lunar and menstrual cycles are roughly one month long. But research dating back to the 1950s has suggested other links: Women were found to commonly start their periods around the time of the full moon. That would mean ovulation happened near the new moon, two weeks before.

However, relatively more recent studies uncovered no such links.

"I was puzzled by the discrepancy between these quite old results and later studies," said Charlotte Helfrich-Förster, the lead researcher on the new study. She's chair of neurobiology and genetics at the University of Würzburg, in Germany.

Helfrich-Förster's team took a different approach. Instead of studying a large group of women and looking for broad patterns, they had 22 women keep menstruation diaries, which they did for an average of 15 years, and up to 32 years.

Among women aged 35 or younger, the researchers found, menstrual periods synced up with the moon phases about 24% of the time. But the women varied widely: Some were aligned with the moon more often than not, while others never were.

However, Helfrich-Förster said, it's not possible to say whether the bright lights of modern life have disrupted any synchrony between women's cycles and the moon.

Long ago, Helfrich-Förster said, it would have been prudent to stay inside on dark new-moon nights. And why not use that time to mate? In theory, she explained, women who regularly ovulated around new-moon time would have more children and "spread their genes that inherit the timing to the moon."

When it comes to links between lunar rhythms and reproduction, many studies have found them in sea animals, said Satchidananda Panda, an adjunct professor of biological sciences at the University of California, San Diego.

But, he said, that is seen only rarely in today's primates.

Panda said the current study "opens up another line of scientific investigation on biological rhythms."

He also speculated that in humans, the moon might indirectly influence menstrual cycles.

"For example," Panda said, "many cultural activities in ancestral societies, or even in modern-day Asia and Africa, are on full-moon days or tied to the lunar cycle."

The U.S. Department of Health and Human Services has more on the menstrual cycle.