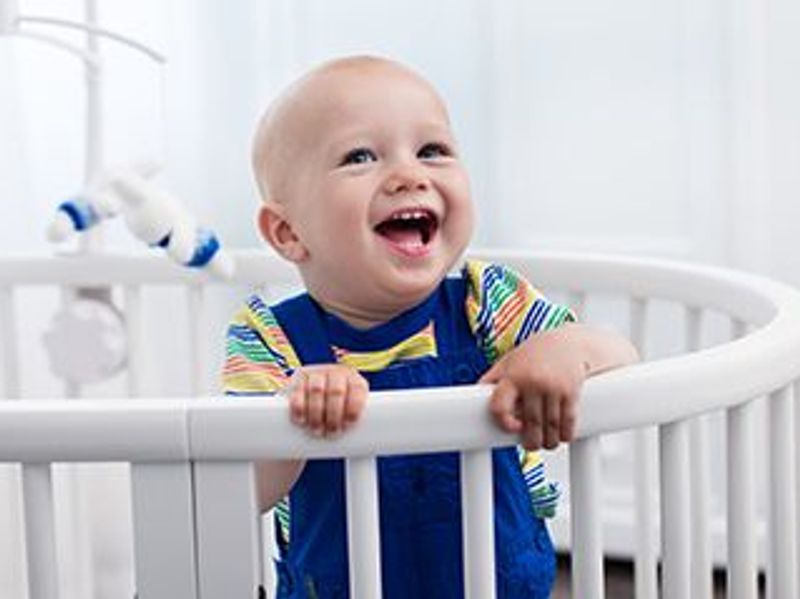 An infant will generate a lot of poop during the first year of life, but the very first one may offer key clues about the risk of developing allergies.

Researchers analyzed samples of meconium from 100 babies enrolled in the CHILD Cohort Study, a long-term health study of children in Canada. Meconium is a dark green substance composed of what the fetus ingests and excretes while in the womb, from skin cells and amniotic fluid to molecules called metabolites. A newborn typically passes meconium during the first day of life.

The study found that the fewer different types of molecules a baby's meconium contained, the greater the child's risk of developing allergies by the age of 1.

"Our analysis revealed that newborns who developed allergic sensitization by 1 year of age had significantly less 'rich' meconium at birth, compared to those who didn't develop allergic sensitization," study senior co-author Dr. Brett Finlay said in a news release from the University of British Columbia (UBC). He is a professor at the university's Michael Smith Laboratories and departments of biochemistry and molecular biology, and microbiology and immunology.

Researchers also found that a reduction in certain molecules was associated with changes to key bacterial groups that play a critical role in gut microbes, which are important in both health and disease.

"Meconium is like a time capsule, revealing what the infant was exposed to before it was born. It contains all sorts of molecules encountered and accumulated from the mother while in the womb, and it then becomes the initial food source for the earliest gut microbes," explained study author Dr. Charisse Petersen, a research associate in UBC's department of pediatrics.

"This work shows that the development of a healthy immune system and microbiota may actually start well before a child is born -- and signals that the tiny molecules an infant is exposed to in the womb play a fundamental role in future health," Petersen said in the release.


The researchers used a machine-learning algorithm to predict with 76% accuracy, which they said was a level more reliable than ever before, whether or not an infant would develop allergies by age 1. The study findings have important implications for at-risk infants, the authors said.

"We know that children with allergies are at the highest risk of also developing asthma. Now we have an opportunity to identify at-risk infants who could benefit from early interventions before they even begin to show signs and symptoms of allergies or asthma later in life," said study senior co-author Dr. Stuart Turvey, a professor in UBC's department of pediatrics and co-director of the CHILD Cohort Study.

The findings were published April 29 in the journal Cell Reports Medicine.

The American College of Allergy, Asthma and Immunology has more information on allergies in children.