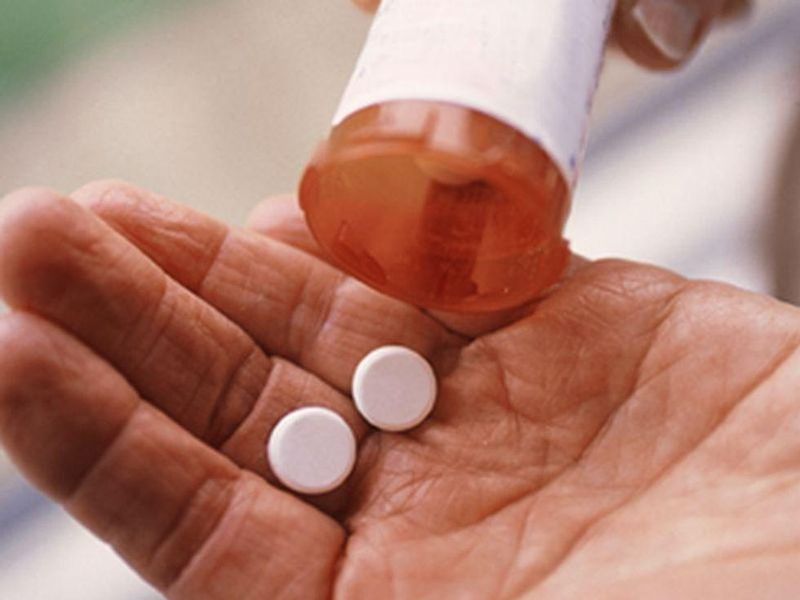 Could a Type of Statin Raise Dementia Risks?

Certain cholesterol-lowering drugs might speed dementia in some older adults whose memories are starting to fail, a small, preliminary study suggests.

The researchers found that of 300 older adults with mildly impaired thinking and memory, those using "lipophilic" statins were more likely to develop dementia over the next eight years.

They're considered lipophilic because they are attracted to fat and can cross into many body tissues, including the brain. That's in contrast to hydrophilic statins -- like rosuvastatin (Crestor) and pravastatin (Pravachol) -- which act mainly in the liver.

In this study, there was no link between those statins and increased dementia risk.

The findings do not prove that lipophilic statins directly raise dementia risk, experts cautioned. But they add to a conflicting body of evidence on statins and brain function.

"This adds another piece to a complicated puzzle," said Dan Berlau, a professor of pharmacy at Regis University in Denver, who was not involved in the new investigation but studies memory and disorders of the brain.

He said that high cholesterol in middle-age is linked to a higher risk of dementia later on. As for whether taking statins might curb that risk, Berlau said, studies have mostly come to either of two conclusions: the drugs show no effect, or a protective one.

If statins are protective, one reason may be their cardiovascular benefits: They cut "bad" cholesterol and help prevent fatty plaques from clogging arteries that supply the brain.

But other types of cholesterol medications have not been tied to lower dementia risk, Berlau noted, which hints at something special about statins. Animal research has suggested the drugs might reduce Alzheimer's-related "plaque" buildup or counter inflammation in the brain, for instance.

Yet there is also evidence tying statins to short-term problems with cognition (thinking and memory), Berlau noted. Some statin users have developed cognitive problems while taking the drugs -- issues that go away when the medication is stopped. (Statin labels now carry a warning about that.)

It's been theorized that in some people, lipophilic statins might lower cholesterol levels in the brain below the threshold needed for normal cognition.

According to Berlau, it's difficult to know how to square that with large population studies showing a lower dementia risk among statin users, most of whom were on lipophilic medications.

The researchers separated older adults into groups based on three factors: their initial cognitive status; initial cholesterol levels; and the type of statin they were using.

Of 303 participants with mild cognitive impairment, 200 had total cholesterol levels that were normal or near-normal. It turned out that lipophilic statins were linked to higher dementia risk only among those individuals.

In addition, brain scans revealed certain changes linked to dementia among lipophilic statin users, but not people on hydrophilic statins, the researchers said.

No one should toss their statins based on these findings, cautioned senior researcher Dr. Dan Silverman, a professor of molecular and medical pharmacology at UCLA.

For one, he said, the elevated dementia risk was seen only in a select group of people.

And in general, the decision to use statins -- and the choice of medication -- depends on various factors, Silverman added.

Those factors include an individual's personal risk of cardiovascular disease and whether there are any co-existing medical conditions, like kidney disease.

That said, if people with mild cognitive impairment and fairly low cholesterol levels are on a lipophilic statin, they might want to talk to their doctor about a switch, Silverman said.

Hydrophilic statins can help keep blood cholesterol in check, he noted, without crossing into the brain.

It's not clear why lipophilic statins carried a higher dementia risk only among study participants with lower cholesterol. But it's possible, Silverman said, that in those with higher cholesterol, the benefits of the medications outweighed any potential ill effects on the brain.

Berlau echoed the message that patients should not abandon their statins. "We have lots of evidence tying statins to a protective effect against dementia," he noted.

And based on their well-established cardiovascular benefits, Berlau said, "I'd still recommend them."

The Bright Focus Foundation has more on statins and dementia.