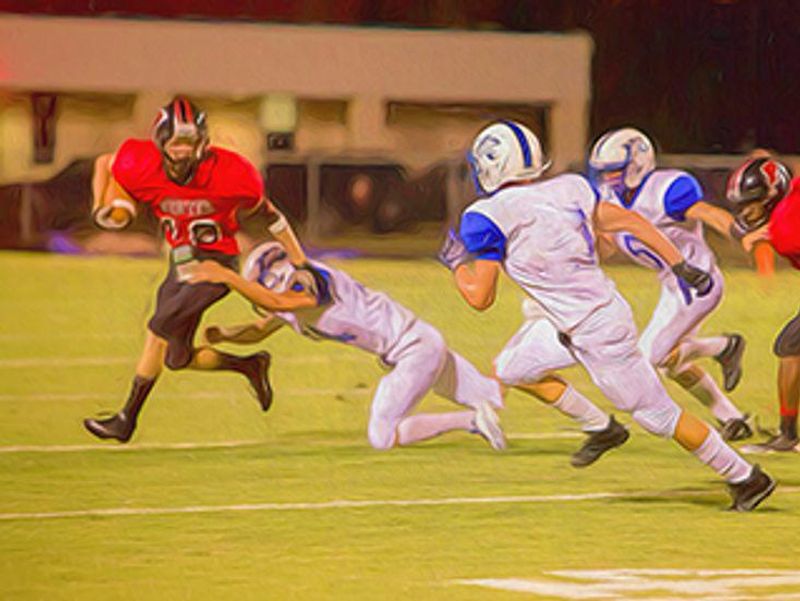 Some parents may worry about whether playing high school football might put their kids at risk for depression and suicidal thoughts in adulthood, but new research suggests they can relax.

It included more than 2,300 U.S. males who enrolled in the study at average age of 15 and were assessed again at an average age of 29. At the start of the study, about 28% of the participants said they played or intended to play football. As young adults, about 10% of participants said they had been diagnosed with depression at some point during their lives, and nearly 6% said they had suicidal thoughts over the past year.

But rates of suicidal thoughts and depression were not significantly different for young men who played football as teens. In contrast, the researchers found a strong association between mental health problems during the teen years and suicidal thoughts in young adulthood.

As teens, about 11% of the study participants said they had received mental health counseling. At age 29, men in this group were more than twice as likely to report being diagnosed with depression as other participants, about 20% vs. nearly 9%.

About 10% of participants reported suicidal thoughts as teens, and 2% said they had made a suicide attempt.

Both risks were higher among men who reported a suicide attempt in their teens, according to the study published in the November issue of the Clinical Journal of Sport Medicine.

"There is societal concern that playing football might be associated with increased risk for later in life depression, suicidality and suicide," said study leader Grant Iverson, from Harvard Medical School, and colleagues.

But it "is overly simplistic, and inconsistent with the published literature, to link suicidality with playing high school football," they said in a journal news release.

"The underlying causes for suicidality are usually complex and multifactorial," the researchers noted. "When these mental health problems arise in former athletes, it is important to provide them with high-quality evidence-informed mental health care."

To learn about suicide prevention, see the U.S. National Institute of Mental Health.