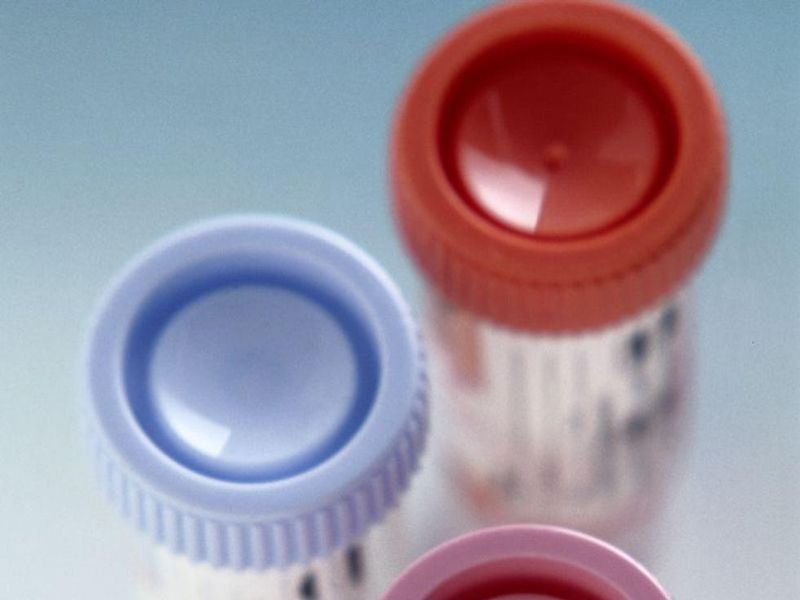 What's the Best Blood Thinner for a Blood Clot in Your Legs?

For people suffering from clots in their legs, a new study finds that one of two commonly used blood thinners is safer and more effective than the other.

Venous thromboembolism (VTE) can cause clots to form in the deep veins in the legs, and if one breaks loose it can travel to the lungs and cause breathing problems and even death. In this study, researchers looked at the risks and benefits of two popular blood thinners -- apixaban (Eliquis) and rivaroxaban (Xarelto).

"In this real-world study of patients with VTE, treatment with apixaban was associated with lower rates of recurrent VTE and bleeding than treatment with rivaroxaban," said researcher Dr. Adam Cuker. He is an assistant professor of medicine at the Perelman School of Medicine at the University of Pennsylvania, in Philadelphia.

Clinicians and patients may select a blood thinner based on factors that include dosing (Xarelto is taken once daily and Eliquis is taken twice daily), cost and insurance coverage, he said.

"While direct comparisons of apixaban and rivaroxaban are lacking, our findings suggest that apixaban is superior to rivaroxaban with respect to effectiveness and safety," Cuker said. "Patients may wish to discuss these results with their provider and incorporate evidence about the comparative effectiveness and safety of different treatment options in their selection of an anticoagulant."

For the study, Cuker and his colleagues analyzed medical records of over 37,000 patients with VTE who were taking either Eliquis or Xarelto.

Dr. Scott Woller, a professor of medicine at the University of Utah School of Medicine in Salt Lake City, and a specialist in VTE and anti-clotting drugs, said the latest findings line up with other studies.

"The actual difference observed between groups is small, yet these study results may be impactful when a physician is choosing between these drugs and all other things are equal," he said.

The best anticoagulant is the one taken as prescribed, Woller said. "Therefore, anticipating barriers such as insurance coverage limitations, compliance with dosing, and individual patient characteristics, such as co-morbidities, is necessary to assure that patients receive necessary care," he said.

Studies have shown that Eliquis and Xarelto are better than the older drug warfarin in preventing clotting. But there has still been no head-to-head comparison of these newer drugs, added Dr. Aeshita Dwivedi, a cardiologist at Lenox Hill Hospital in New York City.

The variance in how these drugs perform may be due to differences in how they are metabolized in the body, she said.

The report was published online Dec. 6 in the Annals of Internal Medicine.

For more on venous thromboembolism, head to the U.S. Centers for Disease Control and Prevention.