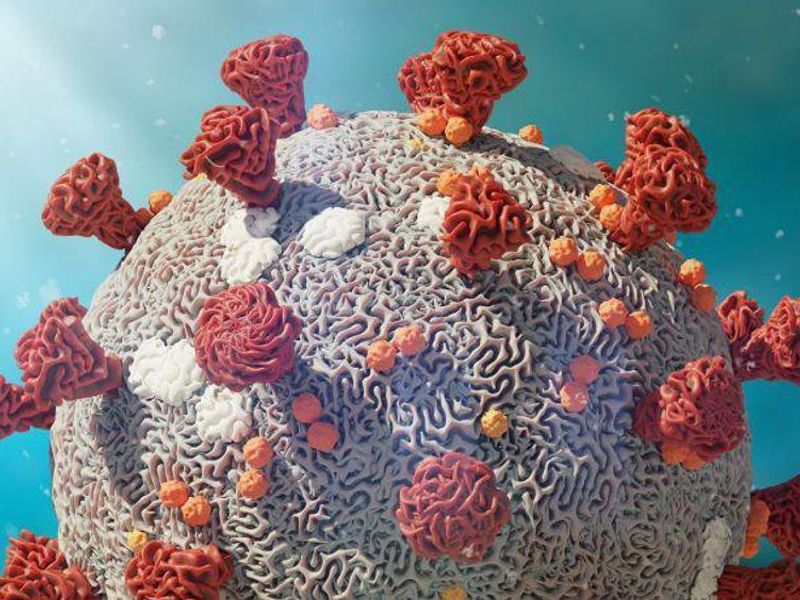 The team at Discovery Health analyzed 211,000 positive coronavirus cases during the country's fourth wave, including 78,000 attributed to Omicron. It's the first major private study since the variant was first detected last month, the Washington Post reported.

The researchers found that during the latest wave, the risk of hospital admission among adults with COVID-19 was 29% lower than in the first pandemic wave that began in March 2020.

However, the Pfizer vaccine provided just 33% protection against infection with Omicron, a much lower rate than against other variants, according to the study.

The vaccine did give 70% protection against severe complications that would require hospitalization, which is "very good protection," the researchers said.

"This is the first time we've had any data on that," Dr. Eric Topol, vice president for research at Scripps Research in La Jolla, Calif., told USA Today.

"Seventy percent is definitely a dropdown. It isn't great. It was 95% effective [against] severe disease when it was Delta variant and then about 85% after six months of waning," Topol said.

Whether those numbers will continue to hold as more patients with Omicron are studied isn't yet clear, he added.

The South African researchers also found that children had a 20% higher risk of hospital admission with complications during the fourth wave than during the first wave, USA Today reported.

"What is encouraging at this stage is a flatter trajectory of hospital admissions indicating likely lower severity of this wave," Ryan Noach, Discovery's chief executive, said during a news briefing.

But earlier, he warned that South Africa's health care system could still be overwhelmed as Omicron continues to evolve.

"The Omicron-driven fourth wave has a significantly steeper trajectory of new infections relative to prior waves," Noach said in a statement. "National data show an exponential increase in both new infections and test positivity rates during the first three weeks of this wave, indicating a highly transmissible variant with rapid community spread of infection."

Visit the U.S. Centers for Disease Control and Prevention for more on the Omicron variant.