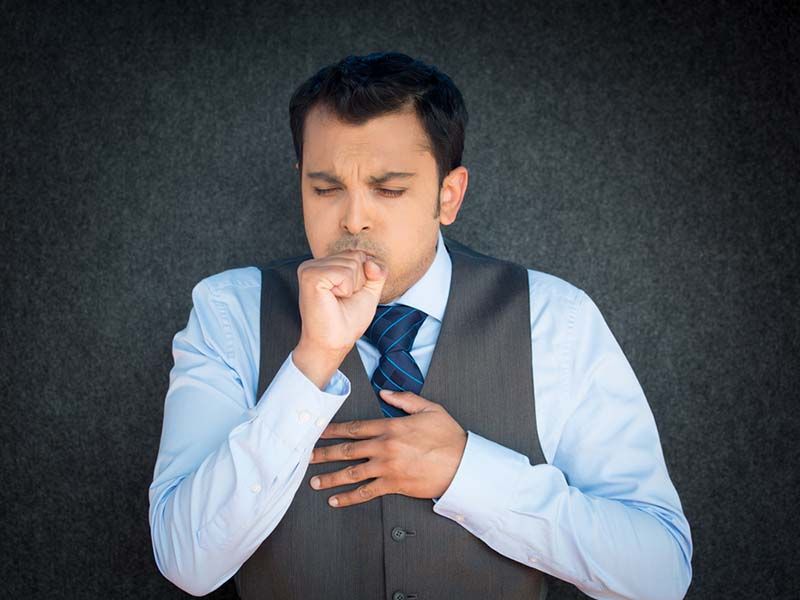 The COVID virus strain circulating in the United States during the pandemic's first wave spread so fast because it most often started with a cough, according to a new study.

It's likely that people with that strain -- D614G -- coughed and spread the virus before they were laid low by fever, the most common second symptom of infection, researchers explained.

"Studying the likely order of symptoms may increase our understanding of how disease spreads and further inform future research and health care on how individuals are likely to experience disease," study author Joseph Larsen said in a University of Southern California news release. He's a graduate researcher and doctoral candidate at USC.

COVID-19 is most often spread through respiratory droplets, such as those expelled when a person coughs.

In contrast to the United States, people in China who were infected with the virus circulating there during the initial outbreak -- the Wuhan reference strain -- likely first developed fever, then a cough, the researchers said.

In Japan, it's likely that fever was the first symptom when the Wuhan strain was dominant, but a cough replaced it when D614G became the main strain, according to the authors of the study.

The findings were published Dec. 16 in the journal PLOS Computational Biology.

The predicted symptom order was not affected by region, weather, patient age or other health conditions.

The USC-led study did not answer whether the order of symptoms that occurred during the pandemic's initial waves is the same for current variants.

"With the emergence of new variants and the likelihood COVID-19 becomes endemic in the population, it's important that researchers continue to show how viral variants affect progression of symptoms and disease in individuals and populations," said study author Peter Kuhn, director of the Michaelson Center for Convergent Bioscience at USC.

The U.S. Centers for Disease Control and Prevention has more on COVID-19 symptoms.