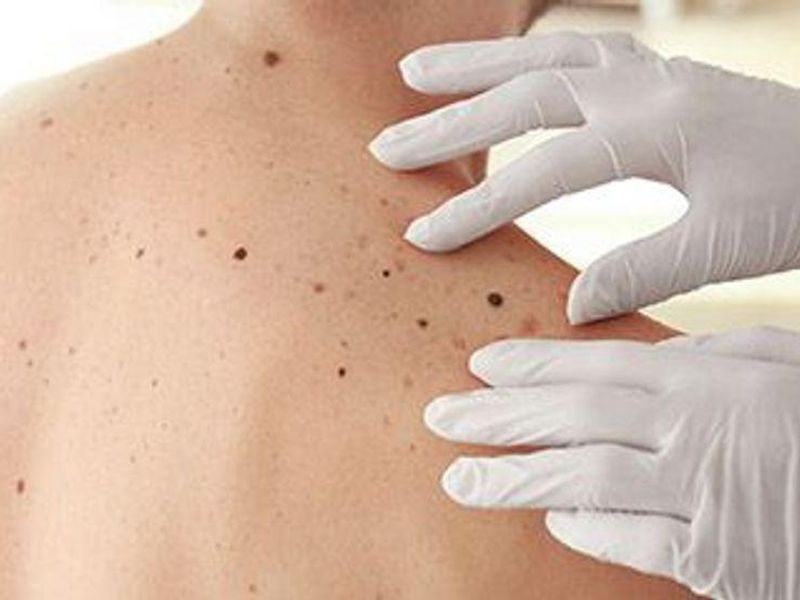 For people newly diagnosed with advanced melanoma, a combination of two immunotherapy drugs can double the amount of time their cancer remains progression-free, a clinical trial has found.

The treatment combines two drugs known as immune checkpoint inhibitors. One, called nivolumab (Opdivo), is already standard for advanced melanoma; the other, relatlimab, is not yet approved.

But based on the new trial, the U.S. Food and Drug Administration has granted it priority review.

The study involved 714 patients with previously untreated melanoma that was inoperable or had spread to other body sites. Researchers found that patients given the Opdivo/relatlimab combo typically went twice as long without their disease getting worse, versus those given Opdivo alone.

They remained progression-free for a median of 10 months, compared with 4.6 months in the Opdivo-only group.

After one year, about 48% of patients on the combo were still progression-free, versus 36% of those on Opdivo alone.

Experts said they expect the new drug to win approval and the combination therapy will become a standard treatment.

"The difference in progression-free survival is really quite remarkable," said lead researcher Dr. Hussein Tawbi, of the University of Texas MD Anderson Cancer Center in Houston.

Melanoma is the deadliest type of skin cancer. Nearly 78,000 new cases occur in the United States each year, according to the U.S. Centers for Disease Control and Prevention.

Right now, the standard first-line treatment for patients with advanced melanoma is either Opdivo alone, or in combination with another drug called ipilimumab (Yervoy). That combo has been shown in prior research to extend the lives of patients with advanced melanoma, versus Opdivo alone. The issue is the high rate of side effects: In studies, more than half of patients had side effects serious enough to need medical attention.

In the current trial, only 19% of patients on Opdivo/relatlimab had serious side effects -- including liver inflammation, severe fatigue and diarrhea.

"The toxicity is less, which is exciting," Tawbi said.

All three drugs -- Opdivo, Yervoy and relatlimab -- are immune checkpoint inhibitors, which means they ease particular "brakes" on the immune system, freeing up T-cells to find and destroy tumor cells.

Relatlimab is one of a new group of drugs under development that blocks a protein called LAG-3. The current trial is the first to show that adding a LAG-3 inhibitor to Opdivo can benefit patients with advanced melanoma.

"Understanding the immune system and its role in cancer has led to new drugs that have really improved outcomes in certain types of cancer," said Dr. Julie Gralow, chief medical officer for the American Society of Clinical Oncology.

Melanoma is one of those cancers. For that disease, Gralow said, immune checkpoint inhibitors have been "real home runs."

She said she fully expects relatlimab to be approved, and that the new drug combo will "without a doubt change the standard of care."

As more therapies targeting the immune system become available for melanoma and certain other cancers, Gralow noted, the next steps will be figuring out how to best use them -- in what combinations, and at what point in the disease, for instance.

The new study was funded by drug maker Bristol Myers Squibb. It was published Jan. 6 in the New England Journal of Medicine.

It's still unknown, Gralow said, whether the combination can extend patients' overall survival.

The combination of Opdivo/Yervoy has been shown to boost overall survival in advanced melanoma. In trials, 52% of patients were still alive after five years, versus 44% of those receiving Opdivo alone.

But while more is known about that combination's long-term effectiveness, the reduced toxicity of Opdivo/relatlimab "will be attractive to a lot of patients," Tawbi said.

He did not foresee the combination, once approved, as completely replacing Opdivo/Yervoy in treating advanced melanoma. For one, the latter has been proven to boost overall survival in patients whose cancer has spread to the brain.

Tawbi agreed that figuring out the timing, and order, of new therapies for advanced melanoma is key, and will take time.

The American Cancer Society has more on melanoma treatment options.