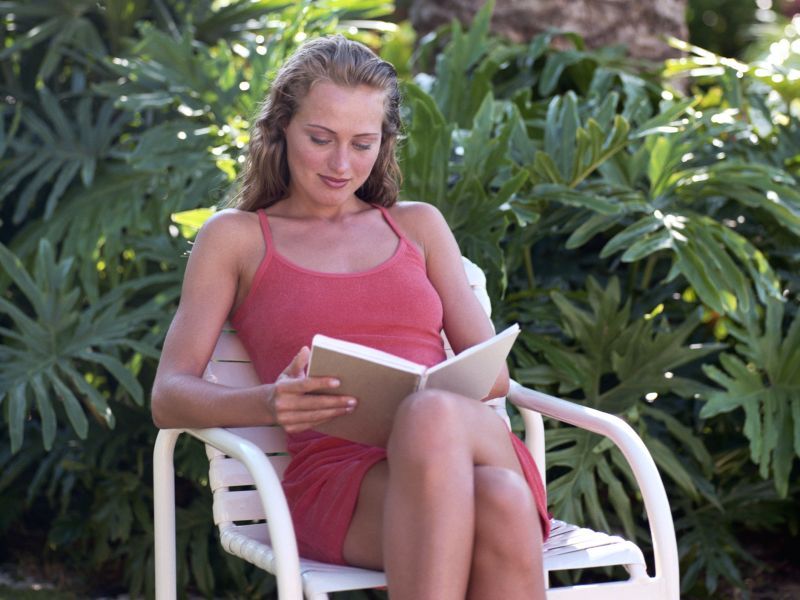 Will Reading Books Make You Any Happier?

When it comes to what makes us happy, is reading or listening to music any better than spending hours playing video games?

Not really, says a team of researchers from the United Kingdom and Austria.

"Many people believe traditional media, like reading books or listening to music, are good for us," said study leader Niklas Johannes, from the University of Oxford.

"Surprisingly, we don't really have good evidence whether that's the case. In fact, this belief that newer media are harmful but traditional media are beneficial can be rather elitist," he said.

To learn more, Johannes and colleagues tracked media use of nearly 2,200 British participants for two months. Their habits were then compared to the level of anxiety and happiness participants reported feeling.

It didn't matter much, the study showed, how much time people spent with their nose in a book versus leaning into technology. Ultimately, both leisure time pursuits had roughly the same impact on a person's sense of well-being.

Johannes, a postdoctoral researcher in an Oxford Institute program focused on adolescent well-being in the digital age, set out to see how seven types of media affected participants' happiness and anxiety levels.

Six weekly surveys were administered to a representative sample of people age 16 and up.

Participants reported whether they had engaged with music, television, films, video games, books, magazines and/or audiobooks during the prior week and how much time they spent with each activity. They also reported how happy and/or anxious they felt the day just before each survey.

The researchers found that people who read or listened to audiobooks gained no increase in happiness compared to those who didn't. Nor were they less anxious.

At the same time, participants who amused themselves with music, TV, films and/or video games did appear to be slightly more keyed up and unhappy than those who didn't.

"Those differences were very tiny -- too tiny for people to notice them," Johannes stressed.

What medium a person uses or for how long has "little to no effect" on happiness, the researchers concluded.

"It's easy to point to media when we're faced with big social issues, like mental health," Johannes said. "But research generally shows that the effect of media on mental health is small. So their bad reputation is certainly not deserved."

Still, Johannes pointed out that social media engagement was not among the activities that researchers analyzed. And while they tallied time spent with different types of media, researchers did not delve into the specific content of any of the books, magazines, music, videos or games.

Which means that, for now, the findings should be interpreted as associations, he said, rather than as any proof of cause and effect.

The findings were published Jan. 6 in the journal Scientific Reports.

He pointed out that the study didn't address the fact that modern life is not so neatly divided between old and new technology. Maddux noted, for example, that when he reads, 90% of the time he does so in front of a computer.

Describing himself as "one of those elitist snobs" who long believed that reading books was a better use of time than watching TV or playing video games, Maddux said the findings did strike him as a "little surprising."

He suggested that the next step might be for researchers to take a deep dive into the actual content of the media consumed, in order to see whether what is being absorbed is more critical than how much.

"A study from several years ago found that reading what is often called 'literary fiction' -- [meaning] Jane Austen versus John Grisham -- can lead to an increase in the capacity for empathy," Maddux said. "So maybe it also matters what kinds of movies and series people watch."

It would be great, Maddux added, if the authors of this study had access to that information.

There's more on the effects of digital media on mood at the World Happiness Report.