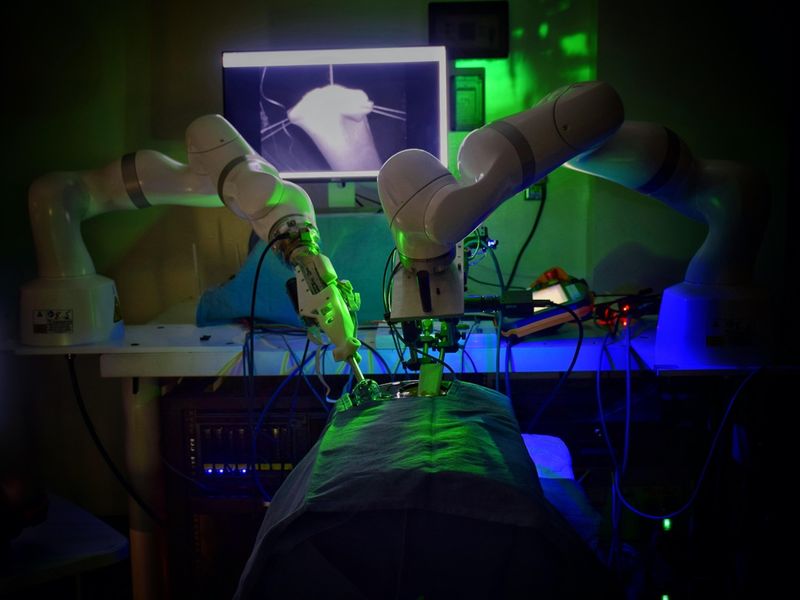 In a First, a Robot Performs Laparoscopic Surgery on Pig Without Human Help

A robot performed challenging keyhole surgery on pigs without any human help in what could be a major step toward fully automated surgery on people.

"Our findings show that we can automate one of the most intricate and delicate tasks in surgery: the reconnection of two ends of an intestine," said senior study author Axel Krieger. He is an assistant professor of mechanical engineering at Johns Hopkins University in Baltimore.

"The STAR performed the procedure in four animals and it produced significantly better results than humans performing the same procedure," Krieger said in a Hopkins news release.

Designed by Johns Hopkins' researchers, STAR is short for Smart Tissue Autonomous Robot. In this new study, it was tasked with a procedure called intestinal anastomosis, which requires a high level of repetitive motion and precision.

When doing this operation, surgeons must suture the two ends of an intestine with high accuracy and consistency. An error can result in a leak that could trigger serious complications for the patient, according to the authors of the study, which was published Jan. 26 in the journal Science Robotics.

To address that, the STAR has a control system that can adjust the surgical plan in real time, just as a human surgeon would do.

"What makes the STAR special is that it is the first robotic system to plan, adapt, and execute a surgical plan in soft tissue with minimal human intervention," Krieger said.

As medicine moves towards more laparoscopic (keyhole) approaches for surgeries, it will be important to have an automated robotic system designed for such procedures to assist, according to Krieger.

"Robotic anastomosis is one way to ensure that surgical tasks that require high precision and repeatability can be performed with more accuracy and precision in every patient independent of surgeon skill," he said. "We hypothesize that this will result in a democratized surgical approach to patient care with more predictable and consistent patient outcomes."

There's more about robotic surgery at the Mayo Clinic.