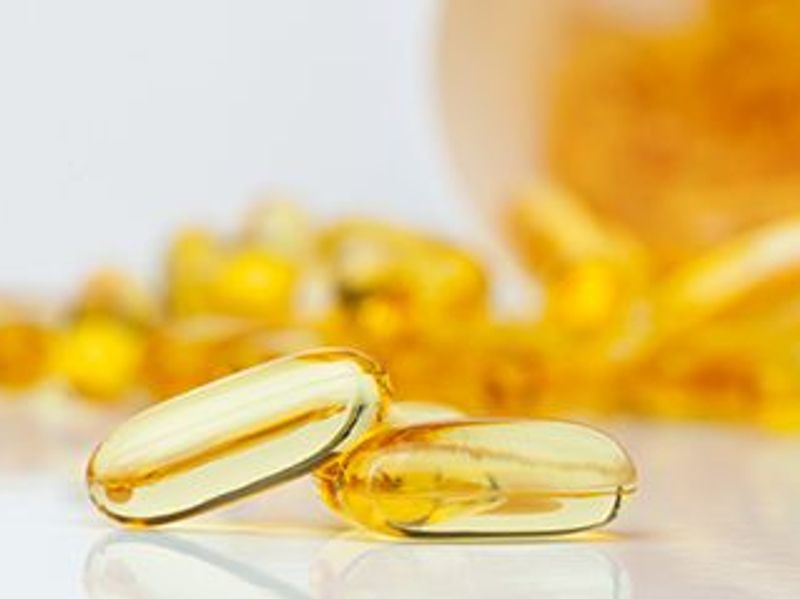 Vitamin D Supplements Might Cut Your Odds for Autoimmune Diseases

In the new study, people who took 2,000 international units per day (IU/day) of vitamin D, with or without one gram of fish oil, for slightly more than five years reduced their risk of developing an autoimmune disease by 22% when compared to their counterparts who took placebo ("dummy") pills.

"It looks like giving vitamin D will prevent autoimmune disease, which is really exciting," said study author Dr. Karen Costenbader, a rheumatologist at Brigham and Women's Hospital in Boston.

There's no shortage of mechanisms to explain this finding. "Vitamin D binds to receptors on immune system cells to turn on an array of genes involved in immune system function," she said.

Autoimmune diseases occur when your immune system engages in destructive "friendly fire" against its own body parts.

Vitamin D is called the "sunshine vitamin" because our bodies produce it when exposed to sunlight. It is hard to get as much as we need from food, so most people will need supplements. The Institute of Medicine recommends people aged 1 to 70 take 600 IU/day and that adults older than 70 aim for 800 IU/day. Other medical groups set the bar even higher.

Participants were randomly assigned to receive either 2,000 IU/day of vitamin D with a 1 gram omega-3 fatty acid supplement; vitamin D with a placebo; omega-3 fatty acid with a placebo; or placebo alone. The participants then answered questionnaires about new diagnoses of autoimmune diseases, and doctors reviewed their records to confirm these diagnoses.

Costenbader and colleagues plan to continue to follow participants for a few more years. "We want to see who benefits the most in terms of which autoimmune diseases were prevented and whether vitamin D works as well or better in people who are at high risk for autoimmune disease," she noted.

This is important as there are more than 80 autoimmune diseases, she explained.

You can get all of the vitamin D you need by spending 15 minutes in the sun every day. But "this is tricky as a lot of sun exposure leads to skin cancer," she said.

Still, Costenbader cautioned not everyone should jump on the vitamin D supplement bandwagon. "There are some people who need to avoid vitamin D because they have a history of kidney stones or other diseases," she said. "Check with your doctor before you start taking supplements."

VITAL was designed to see if vitamin D could reduce the risk of developing cancer, heart disease and stroke. The risk for developing autoimmune disease was another endpoint in this trial.

The report was published online Jan. 26 in the BMJ.

This makes sense, he said: "Vitamin D is a major modulator of immune function at every level."

There's no downside to increasing your vitamin D intake, and there's a whole lot of upside, he said. Studies have linked vitamin D deficiency to a host of diseases and conditions including heart disease, diabetes, the brittle bone disease osteoporosis, certain types of cancer and depression.

The Academy of Nutrition and Dietetics has more on the benefits of vitamin D.