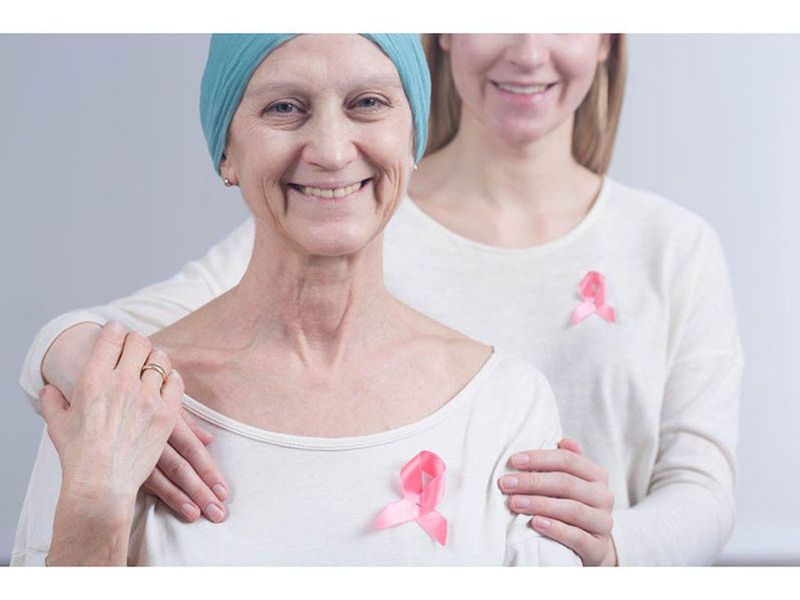 Both medications are antibody-drug conjugates, consisting of a chemo drug that's been wedded to an antibody that delivers the chemotherapy directly to cancer cells.

Modi served as lead researcher for the first drug, Enhertu (trastuzumab deruxtecan), which stalled cancer progression for nearly double the time of standard chemotherapy -- 10.1 versus 5.4 months -- in a select group of patients with advanced breast cancer.

The other drug, Trodelvy (sacituzumab govitecan), also resulted in longer progression-free survival compared to standard chemotherapy in certain cancer patients, according to results presented Saturday at the American Society of Clinical Oncology (ASCO) annual meeting, in Chicago. Such research is considered preliminary until published in a peer-reviewed journal.

Both antibody-drug conjugates are already U.S. Food and Drug Administration-approved for use in treating certain types of breast cancer. These new clinical trials show that they could be useful for even more patients, said ASCO Chief Medical Officer Dr. Julie Gralow.

Enhertu is already approved in more than 40 countries for the treatment of adult patients with HER2-positive breast cancer, the researchers said in background notes.

Human epidermal growth factor receptor 2 (HER2) is a protein that promotes the growth of cancer cells. About one in five breast cancers have extra copies of the gene that makes the HER2 protein; those cancers tend to be more aggressive.

The tastuzumab part of Enhertu is an antibody that steers the drug to HER2 receptors, Modi explained, making it very effective in breast cancers that are driven by HER2.

But researchers had reason to think the drug might also be effective in treating patients whose breast cancer expresses little HER2.

"Once it's released inside the target cancer cell, the drug can now pass through the membrane of the cells and it can enter neighboring cells which may not have that target protein," Modi said. Thus, even low levels of HER2 can still help direct the chemo to where it's needed most.

For this clinical trial, researchers recruited 557 patients in Asia, Europe and North America whose breast cancers were HER2-low and either inoperable or had spread to other organs. All had already undergone chemotherapy once or twice.

Patients were randomly assigned on a two-to-one basis to receive either Enhertu or a doctor-chosen chemo drug.

Results showed that progression-free survival nearly doubled in Enhertu patients versus those who got standard chemo. They also had a higher overall survival rate of about 24 months compared to 17 months.

"This is important because this is a very common kind of breast cancer, probably three times as common as the group that we were already using this drug for," said co-researcher Dr. Hal Burstein, a medical oncologist with Dana-Farber Cancer Center, in Boston.

Enhertu was also less toxic than chemo, with about 53% of patients suffering adverse events versus 67% of those treated with chemotherapy alone.

"Importantly, this antibody drug conjugate compared to standard chemo is actually less toxic," Gralow said of Enhertu. "So it's a clear winner both in terms of efficacy as well as toxicity. This absolutely will change the standard of care."

Based on these results, the FDA in April granted "breakthrough therapy designation" for Enhertu for use against HER2-low breast cancers.

The other drug, Trodelvy, uses the antibody sacituzumab to target breast cancers expressing the Trop-2 protein. More than 90% of breast and bladder cancers carry this target, the researchers said in background notes.

HR+/HER2- breast cancers account for approximately 70% of all cases, the researchers said.

For the study, the researchers recruited 543 patients at 113 international locations with HR+/HER2- breast cancer who had been treated with hormone and targeted therapies and had undergone two to four rounds of chemotherapy. The patients randomly received either Trodelvy or another round of standard chemotherapy.

Trodelvy improved progression-free survival on average by 35%, 5.5 months versus 4 months for standard chemo. The average duration of response -- the amount of time a tumor responds to treatment without the cancer growing or spreading -- also was better for Troveldy versus standard chemo, 7.4 versus 5.6 months.

In addition, about 34% of patients responded to Trodelvy versus 22% for standard chemotherapy.

"It is very gratifying to see the benefit of sacituzumab govitecan for these patients who have had very limited treatment options," lead researcher Dr. Hope Rugo, director of breast oncology and clinical trials education at the University of California, San Francisco, Comprehensive Cancer Center, said in an ASCO news release.

"Longer follow-up is needed to determine the impact on overall survival, and additional pre-specified analyses will help us understand the potential role of sacituzumab govitecan in a setting where there are currently no other targeted treatment options available," Rugo continued.

Trodelvy was significantly more toxic than standard chemo, with 74% versus 60% of patients having adverse events. These included low white blood cell counts (51% versus 39%) and diarrhea (10% versus 1%).

However, side effects caused just 6% of Trodelvy patients to discontinue treatment, compared with 4% for standard chemo.

"I do think there'll be discussion about what point you would bring this drug into the line of therapy, because there's only that 1.5 month difference in overall survival," Gralow said. "I think most will accept that it has a role and it may very well be part of the sequence of therapies, but whether or not you would do it before or after single-agent therapy -- that's where the discussion will be."

Both trials were funded by the drug companies that created the medicines -- Gilead Sciences for Trodelvy, and Daiichi Sankyo and AstraZeneca for Enhertu.