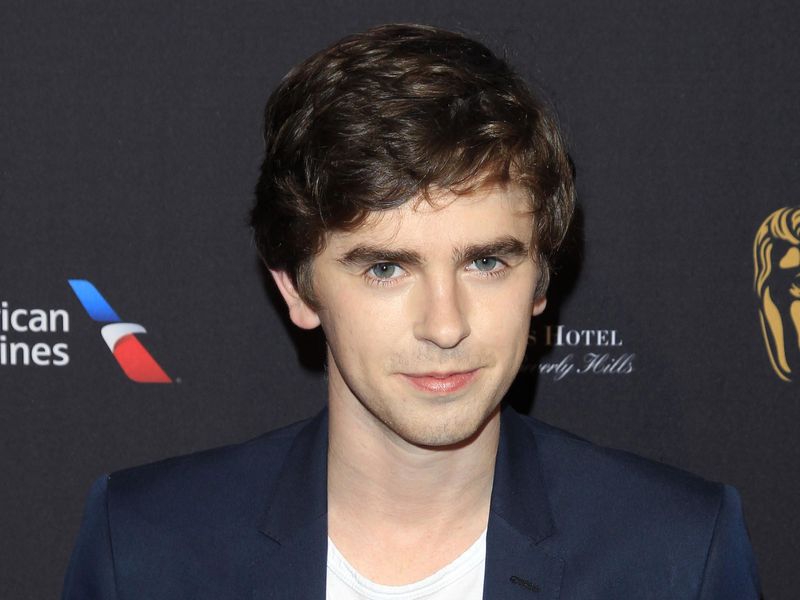 Adult Characters With Autism Move Into the TV Spotlight

Dr. Shaun Murphy, the lead character in "The Good Doctor," is a brilliant medical mind who also happens to have autism.

He's not the only television character you may know and love who navigates the challenges of autism as adults, and new research suggests you will be seeing even more of what life is like for adults who are on the spectrum. Some are not even actors: Netflix has a new hit reality show called "Love on the Spectrum," which follows adults with autism as they try to find romance.

That level of representation wasn't the case a decade ago, when a 2011 study found that most depictions of autism focused on children, often to the exclusion of adults.

The new follow-up study suggests that adults with autism are gaining greater visibility across a wide variety of mediums.

"This is an important issue to track," said study author Nameera Akhtar, a psychology professor at the University of California, Santa Cruz.

That is "because autistic adults often say it's very annoying to them that autism is almost always depicted as having to do with children, and it's like that is making them invisible," she explained in a university news release.

"They talk about how it's like they fall off a cliff when they turn 18, because there are very few resources available for them after that," Akhtar said. "But, of course, you don't stop being autistic and needing accommodations when you become an adult."

The study team noted that the problem was initially brought into stark relief back in 2011, when an earlier investigation concluded that adults with autism were getting short shrift in terms of their public profile and awareness.

At the time, the 2011 study team suggested that a bias towards children with autism seemed to reflect the fact that autism advocacy groups were often led by caregivers of autistic children. The presumption was that such groups naturally gravitated towards highlighting initial diagnosis concerns and/or the launching of treatment.

But Akhtar and her team pointed out that, over the last decade, autism advocacy has broadened to include more autism patients themselves, with a specific nod to the Autistic Self Advocacy Network (ASAN).

Founded in 2006, ASAN runs under the slogan "Nothing About Us Without Us," the study authors noted. And "us" includes many autistic adults who have concerns - such as housing and employment - that differ from those of younger patients.

To see whether autism representation has actually improved as a result, Akhtar and her colleagues launched a two-pronged follow-up study to the 2011 findings.

On the one hand, the team set out to examine the content of 124 movies and TV shows released between 2010 and 2019. All of the projects featured one or more autistic characters.

The investigators also took a look at nearly 500 fictional English-language books published between 2010 and 2017 that included certain keywords, such as "autism," "autistic" and "Asperger's." Almost 100 autism-focused news articles published over a one-month period in the spring of 2020 were also analyzed. In addition, the team also reviewed the web-based content of well-known autism advocacy and charitable organizations in 2019.

On the entertainment front, the research team noted that just under one-third of the featured characters with autism in either film or TV were pegged as adults in the years leading up to the 2011 analysis. But by 2019, that figure had shot up to 42%.

The study team suggested that the shift was due, in part, to an entertainment industry move to proactively seek out autism community consultants for relevant projects.

For the advocacy group analysis, the investigators focused on the content put forth in 2019 by the Autism Society of America (ASA), which was established in 1965 by parents of autistic children and their physicians.

After reviewing that year's homepages across 49 state and regional chapters of the ASA, the team found that 20% of the photos presented online were of adults, compared with just 5% in the years leading up to 2011. A look at 16 other autism organization websites suggested a similar trend.

The new report was published online recently in the journal Autism in Adulthood.

David Kearon is director of adult services with Autism Speaks. Though not involved in the research, he said "considering that autistic adults have been working for recognition for many years, an increase in visibility is not surprising, and is certainly overdue."

Kearon noted that "while early autism advocacy organizations made strides in driving awareness, especially among children, many did not factor in the perspectives of autistic adults and therefore failed to represent millions on the spectrum. Adult self-advocates helped to push the missions of these organizations beyond awareness to meaningful community integration, understanding and acceptance."

The result, Kearon said, is that "the increase in adult representation in media will hopefully continue to drive public awareness and result in the development of additional resources to support autistic individuals throughout the lifespan."

Still, Akhtar's team did identify a hitch: Even though adults with autism are gaining a bigger slice of the popular culture pie, they're very often depicted in an almost childlike context.

For example, among those news articles in 2020 that touched on adult autism, about one-third explicitly drew attention to the patient's parents.