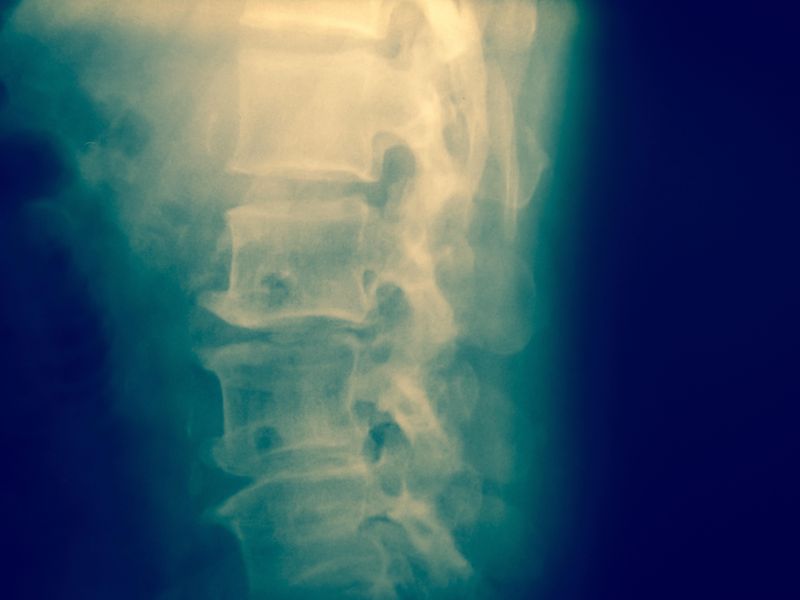 A drug in development as a cancer therapy may also help the body regenerate damaged nerves after spinal injuries, new research suggests.

Scientists at the University of Birmingham in the United Kingdom report that they used cell and animal models to show that the drug, dubbed AZD1390, can block the body's response to DNA damage in nerve cells and restore function after a spinal injury.

"This early study shows that AZD1390 could be used as a therapy in life-changing conditions," said Dr. Richard Tuxworth of the university's Institute of Cancer and Genomic Sciences. "In addition, repurposing this existing investigational drug potentially means we can reach the clinic significantly faster than developing a new drug from scratch."

The trial is also investigating whether the drug can aid the body's own DNA repair system. That system sometimes activates in response to common cancers and also spinal cord injury.

Study co-author Zubair Ahmed, a professor of neuroscience in the Institute of Inflammation and Aging at the University of Birmingham, hailed the findings.

Researchers are particularly excited about AZD1390 because it can be taken orally and it reaches the injury site in sufficient quantities to promote nerve regeneration and restore lost function, he added.

A few weeks ago, the same team found that a different drug - AZD1236 - could reduce damage after spinal cord injury by blocking the body's inflammatory response.

After examining the effectiveness of the latest drug (AZD1390) in lab cultures, the researchers moved on to animal models.

The team found that oral treatments with the drug enabled damaged nerves to carry electrical signals across the injury and in nerve regeneration beyond the injury site.

The study was published online July 12 in the journal Clinical and Translational Medicine.

While the findings seem promising, results from studies in animals often fail to pan out in humans. The pharmaceutical company AstraZeneca is supporting the research.

The U.S. National Library of Medicine has more about treatment of spinal injuries.