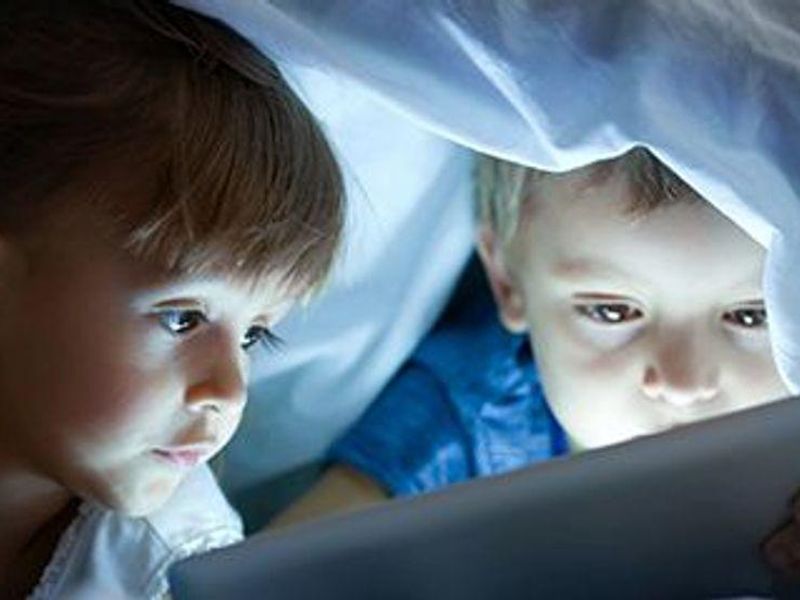 Half of Parents Don't Realize Impact of Screens on Kids' Vision

Most parents are overlooking simple steps to protect their kids' eyes from overexposure to electronic screens, a new nationwide poll shows.

One in 7 respondents said their 3- to 18-year-olds haven't had a vision test in two years. Yet half of respondents acknowledged that screen time has a big impact on their child's eye health.

"Many parents may not be aware of both the short- and long-term health issues linked to excessive screen time, including its effect on children's eyes," said Sarah Clark. She is co-director of the C.S. Mott Children's Hospital National Poll on Children's Health at University of Michigan Health.

"Our findings suggest that some parents may have inaccurate perceptions of activities that affect their child's eye health and vision and how to minimize risks," Clark said in a poll news release.

Some experts suggest that more time on screens and less time outdoors may increase kids' risk for nearsightedness (myopia), which can lead to more serious eye problems later on. Research suggests that outdoor time can protect against it.

"Parents should encourage at least one to two hours of outdoor time per day because exposure to natural light benefits eye development," Clark said.

She urged parents to enforce family rules to ensure kids have a sustained period of time away from screens during the day.

"This is especially important during summer months when they're off from school and may have less structured downtime," Clark added.

Research has pointed to holding cellphones or tablets close to the face as increasing the odds of developing myopia.

"It's important time to think about myopia risks for children because kids with this condition often become more nearsighted over time," said Dr. Olivia Killeen, an ophthalmologist at the University of Michigan Health's Kellogg Eye Center in Ann Arbor. "The age of myopia onset is the most significant predictor of severe myopia later in life."

Less than a third of the 2,002 respondents agreed that wearing sunglasses outdoors had a major impact on children's vision and eye health. Only 2 in 5 have their child wear UV-protective eyewear when outside.

"While parents often make sure their children's skin is protected with sunscreen, they may not think about protecting their eyes from the sun as well," Clark said, adding that parents should consider outfitting their kids with wide-brimmed hats or sunglasses to prevent radiation damage.

Apart from screen time and bright sunlight, other common factors affecting children's eye health include reading in poor light, sitting too close to TV screens and diet. But Clark said these risks aren't as damaging as once believed.

"Reading in poor light or sitting close to the TV can cause eye fatigue or strain, but they will not do any permanent damage or cause long-term eye problems," she said.

Clark said kids should have their eyes tested at least every two years to make sure they are developing properly.

"It's important to identify and treat vision problems as early as possible, because undiagnosed issues can lead to serious eye conditions in the future, including permanent vision loss," Clark said.

Most parents reported their child's health insurance covers at least some of the cost of an eye exam. Parents who reported no coverage were less likely than others to say their child had been to the eye doctor in the last two years.

Four in 5 parents said their child had an eye test during an appointment with a pediatrician or family doctor, while more than a quarter said their kids were tested at school or day care.

The findings were based on a nationally representative sample of parents of kids between 3 and 18 years of age.

For tips on protecting your eyes, visit the U.S. Centers for Disease Control and Prevention.