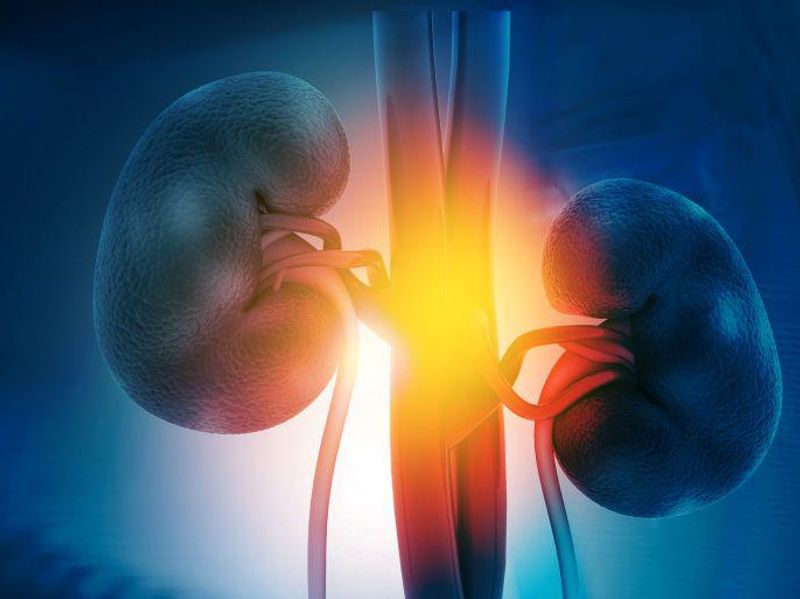 When Removing a Big Kidney Stone, Get the Little Ones, Too

Anyone who has suffered through a large, painful kidney stone wants to avoid a repeat episode. Now a new trial confirms one preventive strategy: removing small "silent" stones before they cause trouble.

When people develop a kidney stone that is painful enough to require removal, imaging tests often reveal that they harbor smaller, asymptomatic stones, too. And doctors know there is a high likelihood that those stones could cause symptoms later on.

The scenario might seem like a no-brainer: If you're doing surgery anyway, grab those little stones on the way out. And to many urologists who treat kidney stones, that is the obvious choice.

But the new study -- published Aug. 11 in the New England Journal of Medicine -- put that assumption to the test.

Researchers recruited 73 patients who were having painful kidney stones removed and randomly assigned them to one of two groups. In one, urologists removed any small, symptom-free stones from the kidneys; in the other group, those stones were left in place.

In the end, the difference was clear: Patients who had preemptive stone removal were 82% less likely to have a relapse over the next four years. Relapse meant either another painful stone episode, or the stones left behind had grown.

"I don't think the urologists who do this [preemptive removal] will be surprised by these findings," said Dr. David Goldfarb, a kidney specialist at NYU Grossman School of Medicine in New York City.

"This result makes sense. You could see it as a no-brainer," said Goldfarb, who wrote an editorial published with the study.

But there are still some questions. Goldfarb noted that the researchers on the study are expert endo-urologists -- urologists who specialize in the minimally invasive techniques used to retrieve kidney stones.

It's not clear whether patients could expect the same results regardless of who performs the stone removal.

Goldfarb also pointed to a "provocative" question: Should smaller, asymptomatic kidney stones be removed even when there is no large problematic stone to go after? This study does not answer that, he said.

Kidney stones are common, affecting about 10% of people at some point, according to the National Kidney Foundation.

Often, a stone can be passed in the urine without too much agony. But when a larger stone is causing a urine blockage or unbearable pain, treatment is necessary.

These days, that most often means using a thin flexible tube equipped with a camera, called a ureteroscope: The scope is threaded through the urethra and bladder until it reaches the stone, and the doctor uses special instruments to grab it. In cases where the stone is very large, it may be removed through a small incision in the back -- in a procedure called percutaneous nephrolithotomy.

For the new trial, researchers led by Dr. Mathew Sorenson of the University of Washington, recruited patients who needed a symptomatic stone removed. Most were undergoing ureteroscopy, while a small number were having percutaneous nephrolithotomy.

Over the next four years, 16% of patients in the preemptive group had a relapse -- versus 63% of patients in the comparison group. Many people who relapsed ended up in the ER, needed surgery or both; others showed growth in the stones that were left in place.

Dr. Philip Zhao is a urologist at NYU Langone Health who treats kidney stones. He said it is already standard to remove asymptomatic stones when doing a procedure for a problematic one.

"It's common sense and good practice," said Zhao, who was not involved in the study. "If you're in there already, take out all of the stones."

The new trial, he said, actually put that practice to the test -- and "basically proved the obvious."

There are cases where kidney stones are treated noninvasively, with a procedure called shock wave lithotripsy. It delivers high-energy sound waves through the skin to break the stone into tiny fragments that can be passed.

But, Zhao said, that approach has been falling out of favor -- in part because it leaves small stones and stone fragments behind.

Even when secondary stones are removed, it is possible for new stones to form. Zhao said it's important for people who've had stones to talk with their doctor about ways to help prevent new ones, including diet and lifestyle changes.

Goldfarb noted that stones tend to be "seasonal" -- more common in hot weather because people are sweating more and urinating less, which can make it easier for stones to form. So it's important, he said, to keep urine production up by drinking plenty of water.

The U.S. National Institute of Diabetes and Digestive and Kidney Diseases has more on kidney stones.