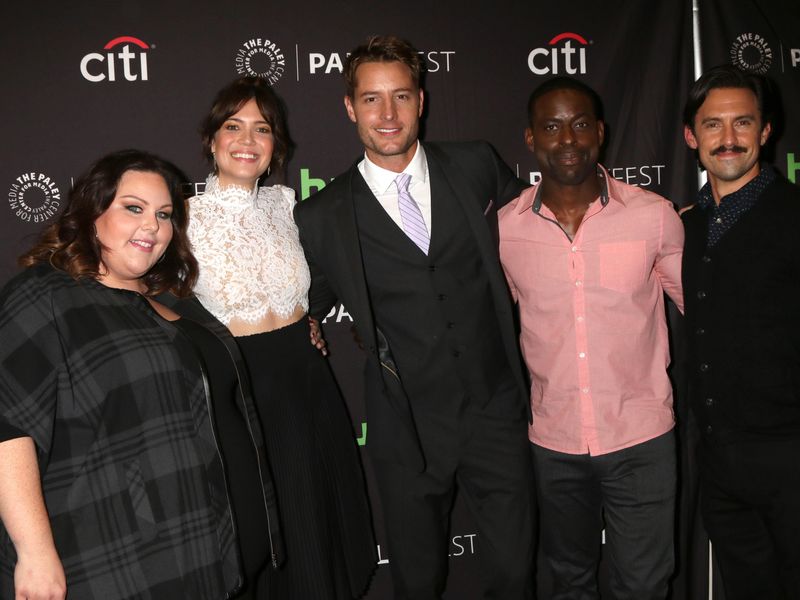 How 'This Is Us' Put Alzheimer's Care in the Spotlight

When the wildly popular TV show “This Is Us” wrapped up its final season this year, it did so with a storyline that showed one of the lead characters dealing with Alzheimer's disease as her adult children disagreed over the type of care she should receive.

Now, a new online survey of more than 700 people finds those compelling episodes where the mother in the show, Rebecca Pearson, struggled with the devastation of her diagnosis may have hit their mark.

A “key finding was this idea that the storyline could help reduce stigma and encourage people to seek care,” said study author Beth Hoffman, a postdoctoral associate in the University of Pittsburgh's School of Public Health's department of behavioral and community health sciences.

“Viewers really felt that the way the show captured Rebecca's early signs of memory loss and her resistance to go see a provider, to say, ‘Oh, that's just normal aging.' They thought that that all spoke to their experience," Hoffman added. "And they expressed that they thought that viewing this could maybe help people realize the signs and symptoms in themselves or their loved ones, [and] helped to de-stigmatize seeking care for it and seeking an evaluation.”

The episodes also helped those who have lived through caregiving for a loved one with the disease feel seen, Hoffman said.

Participants could relate to both of the brothers, Kevin and Randall, even when they found one to be overly optimistic. The respondents also thought seeing the show would encourage families to discuss planning for future care.


Little research has been done on the influence of aging, advance care planning and Alzheimer's disease storylines on viewers because it's not a topic widely depicted on television, said Hoffman.

Knowing that the storyline was developed in close collaboration with medical and health experts at the University of Southern California's Hollywood, Health & Society program, the researchers wondered whether that expertise would come across to viewers.

“In the focus groups, especially, we heard a lot of people who said, ‘I strongly support medical research. I'm a strong advocate of clinical trials, but I think when Randall said on screen that this clinical trial will save her life, that was inaccurate. That's not where the research is right now with Alzheimer's trials.' And that was really powerful to hear that people could empathize and they really felt seen in the way that he showed being desperate to help his mom, but they also were able to take that step back and say, just because he feels that way doesn't mean that that's medically accurate,” Hoffman said.

Participants thought the show created a safe space to have that dialogue among families watching the show together, to talk about preferences for staying home versus advanced medical care, Hoffman said.

“I think that's a key finding that also opens up the door to future areas of interest, maybe clips from this could be used for interventions, could be used to decrease stigma, and also that this is an important storyline for content creators to be exploring,” Hoffman said.

Given that U.S. adults spend far less time with their doctors (about an hour each year, the study estimates) than they do watching primetime TV (nearly 2,000 hours annually), the potential for raising awareness about Alzheimer's is significant.

“I think it highlights issues that are often not discussed or are hidden and considered sort of private. It creates a space where you're allowed into that room,” said study senior author Jessica Burke, a public health professor at the University of Pittsburgh.

“You can hear what's happening and see what's happening and then think about how it applies to yourself, and that's very different than doing it in a workshop or a classroom or on a pamphlet, or having a provider talk to you about the importance of doing so. It allows the viewers to really process it in their own space and time,” Burke added.

The report was published Aug. 31 in the Journal of Health Communication.

Storyline hit home for many

Monica Moreno, senior director of care and support for the Alzheimer's Association, said some people think of Alzheimer's only in its late stages, while shows like this depict a fuller picture of the disease.

“And that's what I think that these stories can do, is change that perception to see that these are people who are articulate, and they have families and they're still mothers and fathers, right? And they can still love their families and talk to them and have conversations with them that are challenging and difficult. And it's important to be able to do that very early on,” Moreno said.

The Alzheimer's Association is collaborating with Gdavis Productions and Films LLC on a stage play called “Unforgettable” that debuted this summer and is meant to raise awareness about the impact of Alzheimer's on Black communities.

Though the brain experiences age-related changes, the Alzheimer's Association has developed a list of warning signs that can indicate a more serious issue.

“Certainly, the association is always trying to add public service announcements or do education seminars after these storylines go public and people have viewed them to allow a forum for people to be able to talk about their experience and to ask those questions... so that we can appropriately address them or drive them to the appropriate resources,” Moreno said.

"So, again, that they don't have to feel like they're going through this alone and they really have a support system in place to help them live the best life that they can for as long as they possibly can," she added.


The U.S. National Institute on Aging has more on Alzheimer's disease.