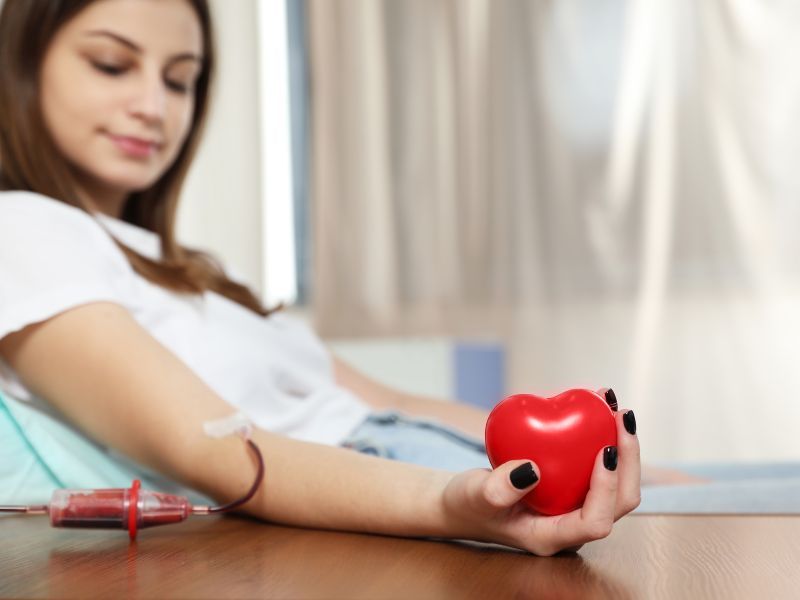 Even though about 35% of donors can become iron deficient after repeated blood donations, researchers have found that this produces no harmful effects on either the quality of donated blood or the well-being of frequent donors.

“This finding is good news because it not only shows that blood donated by frequent donors remains of high quality, but also that those who donate blood regularly are not being significantly harmed by doing so,” said lead researcher Dr. Eldad Hod. He is an associate professor of pathology and cell biology at Columbia University's Irving Medical Center in New York City.

For the study, his team identified 79 frequent blood donors between 18 and 75 years of age who were iron deficient but not anemic.

Participants donated one standard unit of blood and completed questionnaires about their physical and mental health and quality of life. They also completed brain tests gauging their memory, attentiveness and ability to process information.

Donors then returned six weeks later to repeat the testing. They also were randomly assigned to receive an intravenous infusion of either iron or a placebo (inactive substance).

The researchers had suspected the donated blood would fail to meet quality standards of the U.S. Food and Drug Administration. They also thought that donors who had an iron infusion would be in better health than those who got a placebo.

While the iron infusion did correct donors' iron deficiency, which persisted in those who received the placebo, donated blood from both groups continued to meet FDA quality standards.

Further, neither group differed significantly on brain tests and quality-of-life measures, according to a news release from the American Society of Hematology.

The study was published Sept. 6 in the journal Blood.

The American Red Cross has more about blood donation.