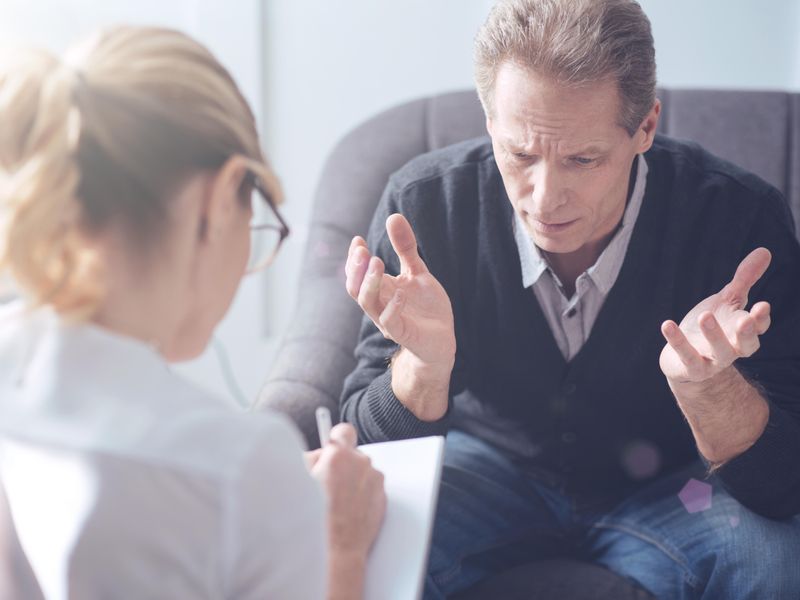 Task Force Recommends Anxiety Screening for All Adults Under 65

In what amounts to a public acknowledgement that anxiety disorders have run rampant during the pandemic, an influential expert panel is recommending for the first time that all American adults under the age of 65 be screened for the condition.

“COVID has taken a tremendous toll on the mental health of Americans,” panel member Lori Pbert, a clinical psychologist and professor at the University of Massachusetts Chan Medical School, told the Washington Post. “This is a topic prioritized for its public health importance, but clearly there's an increased focus on mental health in this country over the past few years.”


A similar recommendation was issued for those aged 8 to 18 in April by the same group, the U.S. Preventive Services Task Force.

The task force stopped short of recommending screening for seniors aged 65 and up, but that's because symptoms of anxiety and symptoms of aging can often overlap, so it was less clear whether treatment for anxiety was needed at those ages.

While the recommendation comes at a time when need is great — anxiety and depression grew by 25% during the pandemic's first year, according to the World Health Organization (WHO) — it also would be challenging to meet the needs of all those who might be diagnosed with anxiety.

Experts expressed concerns about more screening without also allocating more funding to serve those who will need care.

“Screening is great, but with a dire shortage in the workforce, it's perplexing unless there are plans for increased funding of clinicians,” Eugene Beresin, a psychiatrist at Massachusetts General Hospital in Boston and executive director of the Clay Center for Young Healthy Minds, told the Post.


Even just the process of screening may be a challenge: Primary care practitioners already must ensure screenings are current for cervical, colon and breast cancer, as well as look out for food insecurity, domestic violence, alcohol and tobacco use, and chronic health issues.

The task force itself noted that fewer than “half of individuals who experience a mental illness will receive mental health care.”

Despite the worldwide increases in anxiety and depression diagnoses in 2021, “the situation had somewhat improved, but today too many people remain unable to get the care and support they need for both preexisting and newly developed mental health conditions,” the WHO said earlier this year.

Anxiety can be expressed in different forms, including generalized anxiety disorder, social anxiety disorder and panic disorder. It affects 40 million U.S. adults each year, according to the Anxiety and Depression Association of America.

Symptoms may include feelings of worry and dread, as well as physical symptoms such as a racing heart and sweating palms.

It's also under-treated, with the median time for starting treatment averaging about 23 years, according to one study the task force cited.

Treatment includes psychotherapy, such as cognitive behavioral therapy, medications and techniques for relaxation, mindfulness and desensitization.

“After 2020, it's the rare patient who is not anxious,” Mahmooda Qureshi, an internal medicine physician at Massachusetts General Hospital, told the Post.

The task force had previously recommended screening for depression. It said clinicians should use their judgment in screening for anxiety in older patients.

The group stopped short of advising screening for suicide risk, saying there is “not enough evidence on whether screening people without signs or symptoms will ultimately help prevent suicide.”

The panel also cited “racism and structural policies" that disproportionately affect people of color. Misdiagnosis of mental health conditions is more common in Black and Hispanic patients, it noted, while Black patients are less likely to receive mental health services.

“Our hope is that this set of recommendations can bring awareness of the need to create greater access to mental health care throughout the country,” Pbert said, as well as highlight “gaps in the evidence, so funders can support critically needed research in these areas.”

The task force is an independent panel of experts appointed by the Agency for Healthcare Research and Quality. The public can comment on the proposed recommendation through Oct. 17 before final approval.