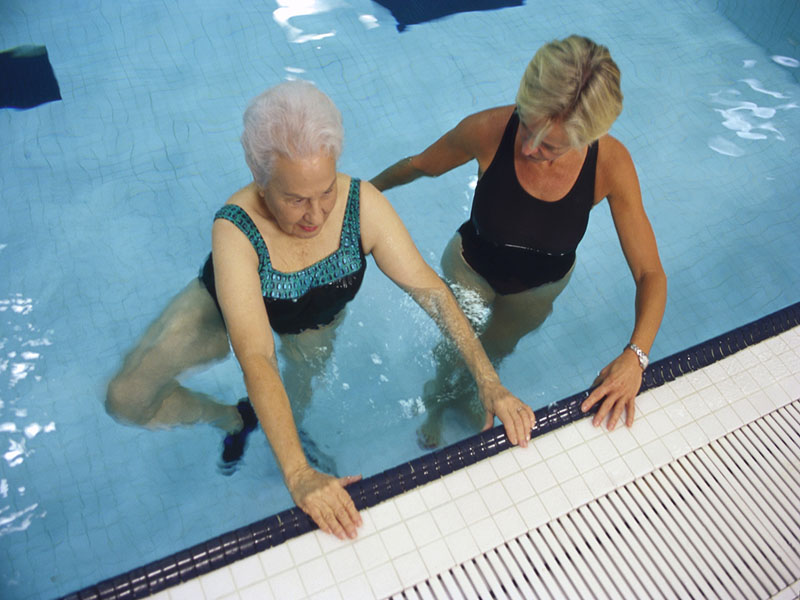 How Much Exercise Helps the Aging Brain?

It's well-known that exercise benefits the brain as well as the heart and muscles, but new research pinpoints just how much -- and what types -- of exercise may promote thinking skills as you age.

Reviewing data from dozens of studies on older adults, scientists found that those who exercised an average of at least 52 hours over about six months -- and for about an hour during each session -- showed improvements in their thinking skills. The research didn't show a link between a weekly amount of exercise and better brain function.

"The data seem to suggest … you have to keep exercise up for a while before you start to see these changes actually impact your life in a positive manner," said study author Joyce Gomes-Osman. She directs the University of Miami Miller School of Medicine's Neuromotor Plasticity Laboratory.

Study participants experienced specific, significant changes in mental sharpness, Gomes-Osman said. These included improvements in processing speed, or the amount of time needed to complete a task; and executive function, or the ability to manage time, pay attention and achieve goals.

"This is also super-encouraging, because these are the first two things that people, as aging progresses, start to have problems with," said Gomes-Osman, who's also a postdoctoral research scholar at Berenson-Allen Center for Noninvasive Brain Stimulation at Beth Israel Deaconess Medical Center in Boston. "The study provides evidence that with exercise, you can actually turn back the clock of aging in your brain."

Adults older than 60 will comprise 2 billion of the world's population by 2050, and the highest priority of this age group is staying mentally sharp, according to the U.S. National Council on Aging. But while much scientific evidence has established positive effects in the brain from exercise, scant research has addressed just how much exercise is needed to promote brain health, according to the study authors.

Gomes-Osman and her team reviewed 98 studies involving more than 11,000 participants that analyzed various exercise "doses" and their relationship to improved brain performance. The researchers sought to identify consistent patterns of reported effects on thinking skills.

The reviewed studies all focused on older adults (average age 73) who were asked to exercise for at least four weeks. Their tests of thinking and memory skills were then compared to those of peers who did not start a new exercise routine.

Among all participants, 59 percent were categorized as healthy adults, while 26 percent had mild cognitive impairment, which can precede the development of Alzheimer's disease. Another 15 percent had diagnosed dementia. A total of 58 percent of participants did not exercise regularly before being enrolled in a study.

Ultimately, any form of exercise was found to be beneficial to thinking skills in older adults, including aerobic exercise, strength training, mind-body exercise or combinations of these. Notably, these effects extended to those with established dementia, the researchers said.

How does exercise work to help the brain? Dr. Ajay Misra, chairman of neurosciences at NYU Winthrop Hospital in Mineola, N.Y., said physical activity improves blood circulation "all over the body -- that includes the brain."

Gomes-Osman's advice to people of any age -- especially those concerned about brain health -- is simple.

"I tell people to get moving," she said. "We're not made to be sitting around -- we need movement. I encourage people to make an appointment with themselves to get moving and to keep it up for a while."

The study was published online May 30 in the journal Neurology: Clinical Practice.

Harvard Health has information on how exercise affects the brain.