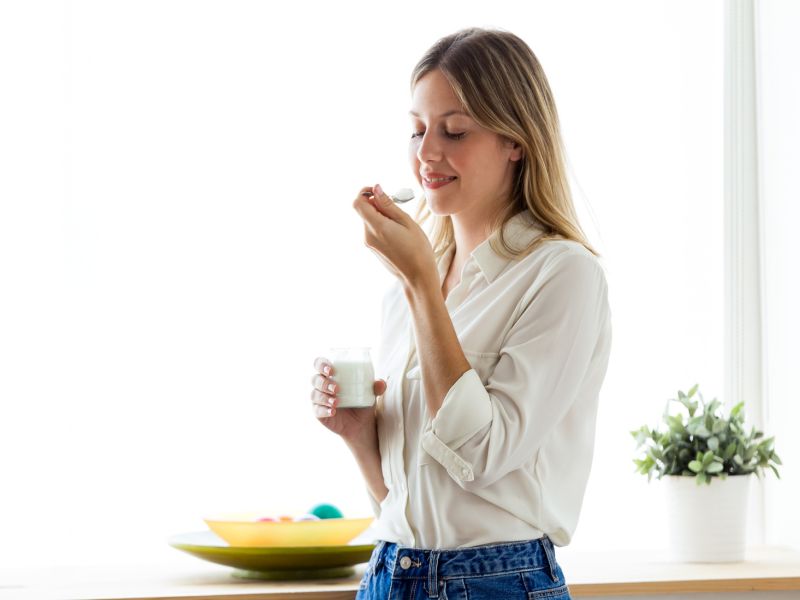 They're sold everywhere, but can probiotics -- the good bacteria found in some foods like yogurt and in supplements -- really help restore digestive health?

Maybe, but only for some people, new research suggests. The Israeli researchers found that some people's digestive systems held on to the probiotics given in a supplement. But in others, the body expelled the good bacteria.

And, in a second study, the same team found that when taken along with a course of antibiotics, probiotics may actually delay gut bacteria from returning to normal.

Senior study author Dr. Eran Elinav said the findings suggest that more caution is needed when using probiotics, and that there shouldn't be a "one-size-fits-all" approach to probiotic supplements.

"The current practice -- followed by millions of individuals who consume probiotics with the hope that they improve their health and prevent disease -- needs to be modified to one which is centered on the individual," Elinav said. He's a professor in the immunology department at the Weizmann Institute of Science in Rehovot, Israel.

Probiotics are live microorganisms, often bacteria, believed to have beneficial health effects, according to the U.S. National Center for Complementary and Integrative Health (NCCIH). They have been studied in a variety of conditions, including antibiotic-related diarrhea, digestive disorders, tooth decay, allergies, eczema, liver disease and even the common cold. But there's no definitive evidence that probiotics work for any of these conditions, the NCCIH says.

Yet, probiotic supplements are very popular. In a 2012 survey, about 4 million Americans said they had used a probiotic or prebiotic (dietary substances that encourage the growth of beneficial bacteria) supplement in the past month, according to the NCCIH.

Elinav said that the use of probiotics should be subjected to the same scrutiny as other medical treatments. "Any such intervention needs to be weighed in terms of its benefits versus its harm potentials," he said.

The first study done by Elinav and his team included 25 volunteers. They underwent upper endoscopy and colonoscopy so that the researchers could obtain samples of their "microbiome" (the gut's native bacteria) in different areas of the digestive system.

Fifteen people from that group were then randomly placed into two groups for four weeks. One group received a supplement containing 11 strains of the most popular probiotic strains. The second group was given a placebo.

After three weeks, they were given another endoscopy and colonoscopy to see what changes, if any, had occurred in the microbiome. Those receiving the probiotics had two different reactions to the supplements.

One group -- dubbed persisters -- allowed the probiotic microbes to set up shop in their digestive system. The other group -- the "resisters" -- expelled the probiotics without meaningful changes to their microbiome, the investigators found.

The researchers said they can tell from a person's microbiome and gene expression profile whether or not they are a persister or resister.

In the second study, the researchers looked at whether or not probiotic supplements could help restore the natural microbiome after a course of antibiotics.

The study included 21 people assigned to one of three groups: a watch-and-wait group that let their microbiome recover on its own; a probiotic group given an 11-strain supplement for four weeks; and a third group treated with a fecal transplant, using their own bacteria collected before the use of the antibiotic.

Elinav said these findings call for caution in the "indiscriminate" use of probiotics with antibiotics until the long-term effects are better understood.

Registered dietician Samantha Heller said the researchers "are suggesting that the microbiome is like our fingerprint -- completely unique -- and we can't assume that a supplement will have the same effect from person to person."

But, she added, this is an emerging science and the research is still very new. She said she would caution against buying kits on the internet that promise to map your microbiome because there's just not enough evidence yet to show that these tests work.

What can help, she noted, is eating a more plant-based diet.

"These healthy creatures that live in our guts have to eat what we eat, and they like fiber from plant foods. They don't like the typical Western diet," Heller said.

Findings from both studies were published Sept. 6 in the journal Cell.

Learn more about probiotics from the U.S. National Center for Complementary and Integrative Health.