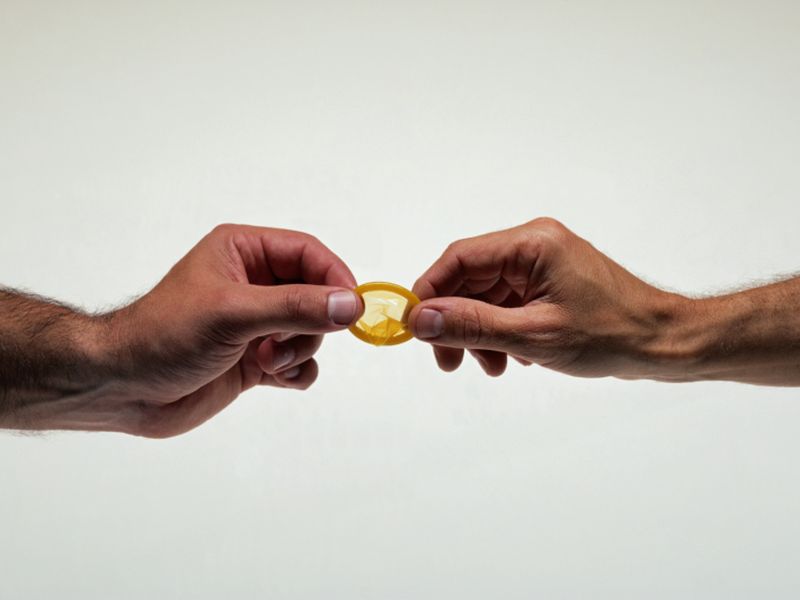 Here's some straight talk about the value of "the talk."

Fathers who talk with their teenage sons about condom use can help prevent sexually transmitted infections (STIs) and unplanned pregnancies, researchers say.

Condoms are the only contraceptive method that can prevent pregnancy and the spread of sexually transmitted infections, including HIV. Yet, recent U.S. government data showed that condom use among teens steadily declined over the last decade.

And as condom use dropped, the number of sexually transmitted infections increased, researchers found. In 2017, the number of STIs reached an all-time high for the fourth year in a row, with teens and young adults accounting for about half of the cases, according to the U.S. Centers for Disease Control and Prevention.

Two out of three new HIV infections in young people are among black and Hispanic males, and more than 200,000 births a year are to teens and young adults, the study authors noted.

For the new study, researchers interviewed 25 black and Hispanic fathers and sons (aged 15 to 19) from New York City. The research was led by Vincent Guilamo-Ramos, a professor at New York University and a nurse practitioner specializing in adolescent sexual and reproductive health at the Adolescent AIDS Program of Montefiore Medical Center, in New York City.

The interviews made it clear that fathers talking to their sons about using condoms consistently and correctly is not only possible, but acceptable. The sons said they wanted their dads to tell them how to use condoms and problems with them, such as breakage and slippage, as well as incorrect use.

Fathers also saw these conversations as a way to improve their own condom use, the study authors said.

The findings showed that communicating about condom use can be a powerful way to help prevent teen pregnancies and sexually transmitted infections, the researchers concluded.

"Helping fathers teach their sons about the consistent and correct use of condoms by addressing common communication barriers -- and focusing specifically on strategies to avoid condom use errors and problems -- is a promising and novel mechanism to increase the use of male condoms and to reduce unplanned pregnancies, STIs, and sexual reproductive health disparities among adolescent males," the study authors said in a New York University news release.

The report was published online Dec. 17 in the journal Pediatrics.