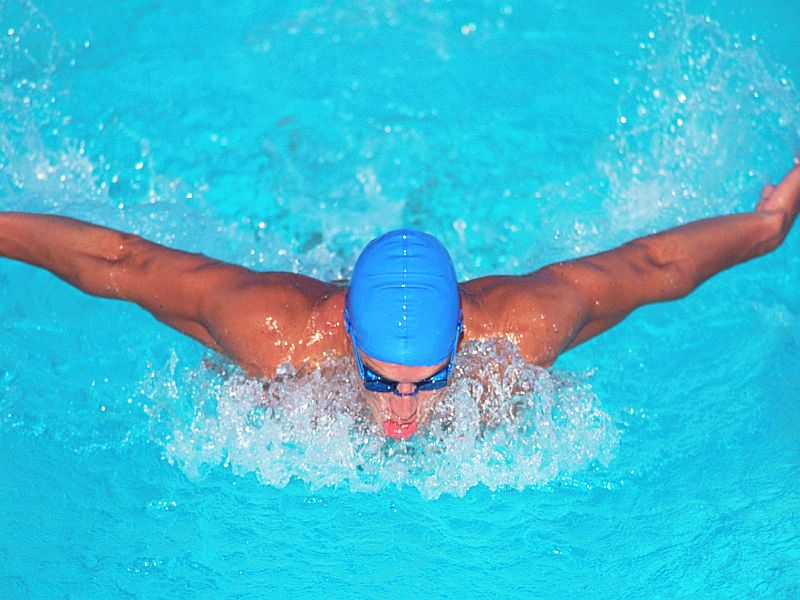 It's called swimmer's shoulder, and it's an overuse injury that three-quarters of teen swimmers suffer from, new research shows.

The study authors also found that many young swimmers with shoulder pain believe it's just part of being competitive and successful.

For the study, researchers surveyed 150 high school and youth club competitive swimmers, aged 13 to 18, and found that nearly 77% of them said they'd had shoulder pain within the last 12 months.

There was a clear connection between amount of swimming and risk of shoulder pain, the investigators found.

The study also found that 66% of the swimmers believe that "mild shoulder pain should be tolerated" if they want to become successful swimmers, and 61% said that "taking time off from swimming is not ideal."

Half of the swimmers said they know a competitor who used pain medication.

The findings were scheduled for presentation Saturday at the American Academy of Pediatrics (AAP) annual meeting, in New Orleans. Such research should be considered preliminary until published in a peer-reviewed journal.

"This research showed that pain was normalized for both high school and club swimmers," study author Eli Cahan, of Stanford University, said in an AAP news release.

"Additionally, we found that nearly half of the athletes in our study know peers who use medication to address swim-related injuries, so we worry about the exposure to medications, especially in the context of the opioid epidemic," Cahan said.

The American Academy of Pediatrics has more on children and overtraining.