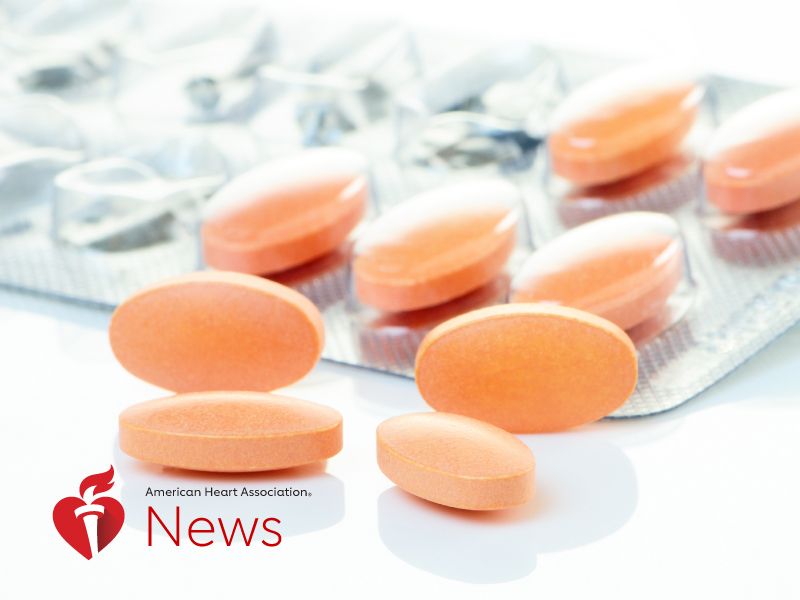 AHA News: Statins May Do Double Duty on Heart Disease and Cancer

About 40 million adults in the U.S. take a statin to lower their cholesterol and reduce the risk for heart disease. They might also be getting an added anti-cancer benefit, a growing body of evidence suggests.

But results in people from observational studies and randomized controlled trials investigating the effect of statins on heart disease have quelled fears. These studies didn't show higher cancer rates. In fact, they have suggested people taking statins are less likely to be diagnosed with prostate cancer and are living longer after a breast, colorectal, kidney or lung cancer diagnosis than people not on statins.

Many researchers continue to study the relationship between statins and cancer. Among them is Dr. Chiara Melloni, an associate professor at Duke University School of Medicine in Durham, North Carolina. She and her colleagues investigated whether statin use affected outcomes in people with colorectal cancer.

They analyzed the medical records of 29,498 veterans who had been diagnosed with colorectal cancer at a VA Medical Center from 2001 to 2011. After about five years of follow-up, those taking a statin at the time of their cancer diagnosis were 31% less likely to die from any cause and 38% less likely to die from colorectal cancer than those not taking the medication, even after adjusting for factors such as the tumor's location and stage.

"The preliminary findings confirm that statins can have a benefit in overall survival for colorectal cancer patients," said Melloni, who presented the research in November at the American Heart Association's Scientific Sessions conference. Research presented at meetings is considered preliminary until published in a medical journal.

Dr. Ronac Mamtani, an oncologist at the University of Pennsylvania Perelman School of Medicine in Philadelphia who was not involved with the research, said these latest findings are similar to other studies in breast, prostate and colorectal cancer that show statin users have better outcomes.

But what he called "particularly striking" about the new study was that statins appeared to better protect against colorectal cancer death than the medication protected against having a heart attack or stroke. Being on a statin lowered the risk of heart attack by 9% and stroke by 23% compared to the nearly 40% reduction in death from colorectal cancer.

Melloni said her team intends to analyze their data further to see whether specific statins or statin doses resulted in better outcomes. Eight statins have been approved by the Food and Drug Administration since 1987.

Melloni's team also will look at whether the reason for taking a statin - either to prevent heart disease or to treat it - factored into the results.

Research so far hints as to statins' anti-cancer effects, but they are not conclusive.

As Mamtani explained, the improved survival seen in these studies could be biological due to how a statin works. The drugs block an enzyme the body needs to make cholesterol, called HMG-CoA. The cancer connection is based on the fact this enzyme also plays a role in a cell's normal growth cycle. When the statin blocks this process, it interferes with the cell's cycle in a way that may help hinder cancer cell growth.

But other factors such as the so-called healthy user bias could also make the statin "seem to be protective when in fact it may have no effect," Mamtani said. For example, people who take statins might have a healthier lifestyle than those who do not, which contributes to their lower risk of developing cancer or helping them live longer after a cancer diagnosis.

"It will be interesting to see how the authors handled these and other biases" when the full results are published, he said.

The best test for the statin-cancer connection would be a clinical trial that randomly assigns healthy people to a statin or a placebo and then follows them to see if those on the statin are less likely to develop cancer or live longer after a cancer diagnosis than those on the placebo.

Such a study "can help us see who might really benefit," Melloni said.