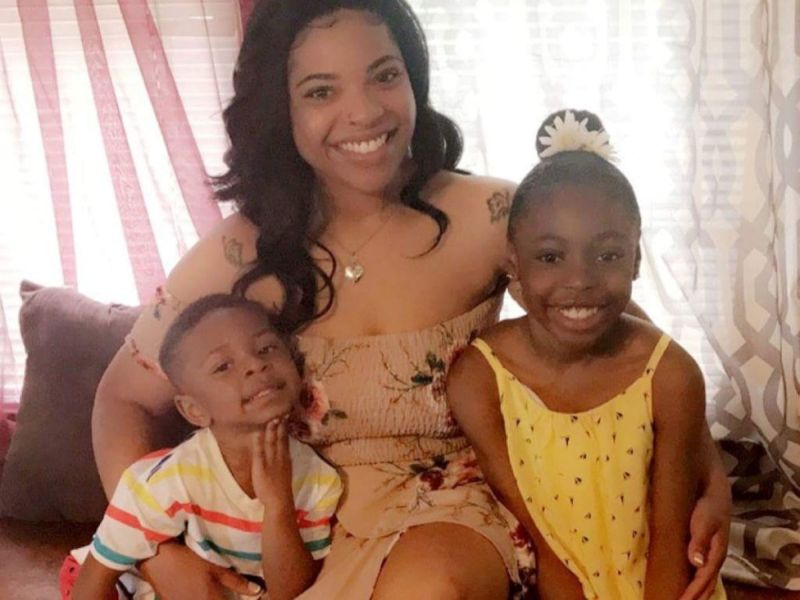 Kertisha Brabson's mom rushed to the hospital after being told her adult daughter was acting out of her mind.

"She was talking out of her head, dancing like she was at a concert," recalls Kertease Williams. "She was trying to get out of the room. They had to have a nurse in her room around the clock because she would try to leave."

Neither woman could know it, but this incident in September 2018 was the start of an ordeal that would leave Brabson in a coma for seven months. Doctors thought she was brain-dead.

Brabson, now 31, had anti-NMDA receptor encephalitis. This is a rare disease in which the immune system attacks the brain and disrupts normal brain signaling. It first affected her ability to think clearly, but soon she was suffering from relentless seizures.

"She was having something like 20 seizures a day for six months, rapid seizures over and over and over" while comatose, Williams said.

The woman bounced from hospital to hospital as doctors tried to figure out what was wrong with her. Williams said her daughter was moved at least six times.

Brabson, herself a mother of two, emerged from her coma on April 7, 2019, after doctors at Ohio State University's Wexner Medical Center were able to quiet her immune system and calm her seizures.

"She's doing wonderfully," said one of her physicians, neurologist Dr. Shraddha Mainali. "She's independent, and she's looking forward to going back to working part time as a dental assistant."

Tumor in an ovary

Brabson, who lives in Alliance, Ohio, hadn't felt right for months. She was sleepless, lethargic, anxious and confused, struggling to put words together into sentences.

It got so bad that her sister took her to the hospital, and then called their mom when Brabson's condition deteriorated further.

Williams rushed to Alliance from her home in Cleveland to help her stricken daughter, who soon fell into a coma.

Apparently, a tumor in one of her ovaries had caused Brabson to develop anti-NMDA receptor encephalitis, Mainali said.

"In her case, she had a tumor in her ovary that possibly had cells resembling brain cells," Mainali said. "In the body's attempt to attack that tumor, it started hurting brain cells."

Anti-NMDA receptor encephalitis is a recently discovered disease, identified in 2007 by researchers at the University of Pennsylvania.

NMDA receptors are proteins in the brain that control the electrical impulses that form the basis of human thought. Any time you make a decision, observe something, interact with another person, or recall a memory, you're relying on these receptors to make the necessary connections. Even automatic functions like breathing rely on these receptors.

The affected ovary was removed, but Brabson's condition didn't improve.

Eventually, Williams moved her daughter to Wexner Medical Center in Columbus, where doctors started a two-pronged approach to treatment.

Brabson's brain imaging showed no signs of severe injury, Mainali said, so the doctors figured that if they treated her disease she should have a good chance of waking up and recuperating.

Brabson was put on intense immune suppression to stop her body from attacking her brain, Mainali said. They also put her on a cocktail of seizure medications at very high doses.

She arrived at Wexner in December, and around February she was seizure-free, Mainali said.

"Once we were confident the seizures were taken care of, we gradually started to lift one medication at a time," Mainali said.

Brabson woke from her coma in April, gently eased back into the world by the steady withdrawal of her medications.

At first, she didn't recognize her family, Williams said.

Doctors refused to give up

It took months of rehab for Brabson to be able to walk and care for herself, given the physical deterioration that had happened during her coma.

The illness was particularly hard on her 12-year-old daughter and 5-year-old son, who stayed with family while their mom was in the hospital.

Today, Brabson is mostly recovered, though she still has occasional problems with her short-term memory.

"When she first came home, she would ask me questions over and over," Williams said. "Now she is so much better with her memory."

Williams said she's grateful to the doctors who refused to give up on her daughter, but said families in her situation should be ready to fight on behalf of the ailing.

"You have to advocate for your loved one, a lot of the time," Williams said. "Always have a note pad, and everything they tell you, jot it down."

Early on, one set of doctors told Williams that her daughter was brain-dead and she should consider pulling the plug. Instead of heeding that advice, Williams moved her to another hospital.

That was the right move in this case, but "not all comas are the same," Mainali warned.

"I don't want people to get misinformed and think if you keep trying, people wake up and miracles will happen," Mainali said. In Brabson's case, she had a treatable disease that although incredibly severe, hadn't caused incapacitating damage to her brain.

The University of Pennsylvania has more about anti-NMDA receptor encephalitis.