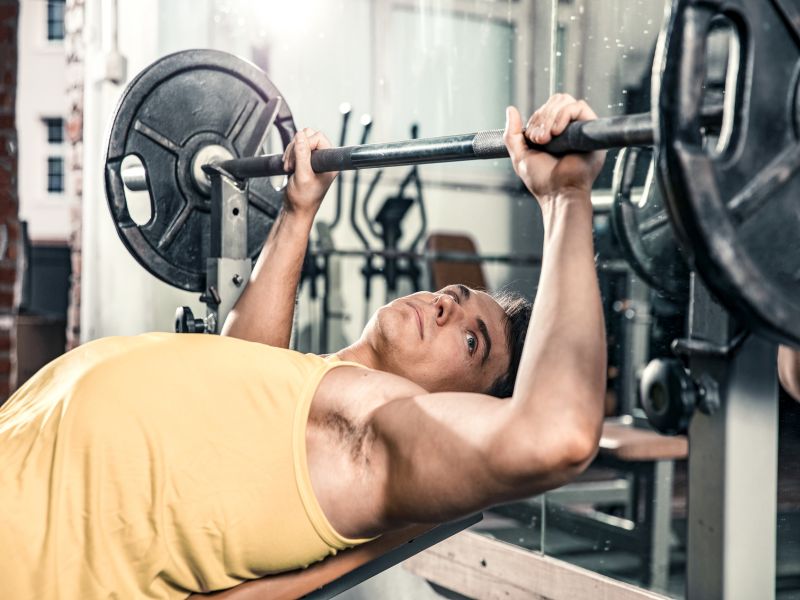 Changing up the amount of weight they lift could help weightlifters get stronger with less effort, a new study suggests.

In traditional weight training -- called one rep max -- the maximum weight an athlete can lift dictates the weight load for all sessions.

This study compared one rep max with an approach called load velocity profile, in which athletes lift varying weights from session to session.

Over six weeks, athletes who used the load velocity profile became stronger than those who used one rep max, despite lifting less overall, according to sports scientists at the University of Lincoln, in the U.K.

The study, published recently in the Journal of Strength and Conditioning Research included 16 men, ages 18 to 29, with at least two years' weight training experience.

The authors said their findings could help improve lifters' muscle strength and power and make it easier to manage fatigue during training.

"There are a lot of factors which can contribute to an athlete's performance on a particular day, such as how much sleep they have had, nutrition or motivational factors, but with traditional percentage-based methods we would have no insight into how this effects their strength," said study leader Harry Dorrell, a lecturer in the School of Sport and Exercise Science.

The velocity-based training let researchers adjust athletes' load up or down as needed, he said in a university news release.

"It's about making sure the athlete is lifting the optimal load for them, on that particular day," Dorrell explained. "If you lift too little then you won't stimulate the body as you intend to; but if you lift too much you'll be fatigued, which increases the risk of injury."