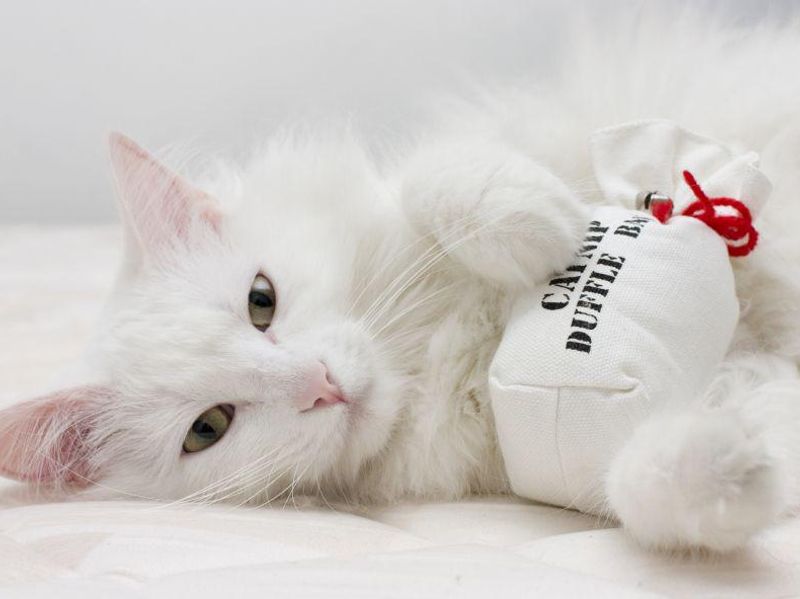 A common herb that makes your favorite feline high may hold the key to a mosquito-free summer in your backyard.

Researchers say catnip is as effective as synthetic insect repellents, including DEET, and they report why this common member of the mint family drives bugs positively buggy.

"We now think catnip is so aversive to so many insect species because it activates this widespread irritant receptor," he said in a university news release.

Gallio's lab members and others have previously demonstrated that people, insects and many other animals have a version of the receptor that senses irritants.

"What is particularly interesting is that, unlike wasabi or garlic compounds that also activate these receptors in humans, catnip appears to selectively activate the insect receptor," Gallio said. "This explains why humans are indifferent to it and provides a serious advantage for its use as a repellent."

For this study, his lab worked with researchers at Lund University in Sweden, who mainly focus on mosquitoes and other insects that can transmit disease to humans.

Their tests included offering mosquitoes a blood meal in a dish covered with a nylon sock doused in catnip; experiments involving a wind tunnel, and ones in which volunteers place their hand in a cage with live mosquitoes, with or without the protection of a catnip oil rub.

"Mosquitoes, in particular those that act as vector for disease, are becoming a bigger problem as climate change creates attractive conditions for them farther north and south of the equator," said study co-author Marcus Stensmyr, an associate professor at Lund University. "Plant-derived compounds represent a new emerging approach to developing insect repellents, as plants have long known how to protect themselves from insect pests."

Catnip is often an additive for cat toys and treats due to its euphoric and hallucinogenic effects on cats.

Its use could be a boon for developing countries where mosquito-borne diseases are a huge problem, because plant-derived repellents are often readily available and cost less, Gallio said.

The researchers said understanding why catnip compounds repel bugs could lead to development of next-generation repellents that selectively target the mosquito irritant receptor.

The research was published March 4 in the journal Current Biology.

The World Health Organization has more on vector-borne diseases.